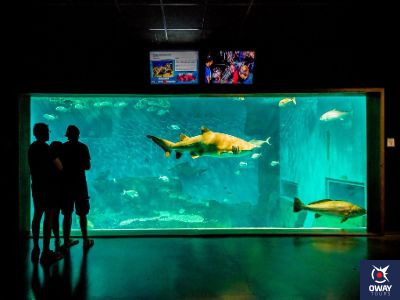 The Seville Aquarium is one of the most biodiverse centres of its kind in Europe. More than 3,000 cubic metres of water, some 400 marine species and more than seven thousand specimens, including bull sharks, matamata turtles and a giant octopus.

Information about the Aquarium

This is an Aquarium that recreates the voyage made by Magellan in 1519, in search of an alternative route to the Portuguese one to reach the Spice Islands, and in which visitors will be able to immerse themselves in the diverse seabed of the planet.  This will be an incredible experience to complete the educational, leisure and tourist offer. Among its great attractions is the main tank, the Oceanarium, one of the largest shark aquariums in Europe, with a depth of more than 9 metres.  In addition, as we all know, it is very important to ensure the conservation of the marine world, which is threatened by human action. In this way, the Seville Aquarium carries out programmes for hatchlings in danger of extinction, as well as the recovery of the nesting areas for sea turtles of the Caretta caretta species in the Cabo de Gata-Nijar natural park in Almeria. 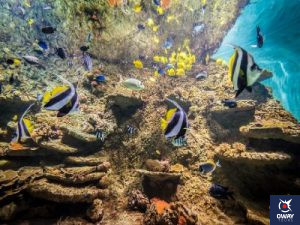 The route shown in the Seville Aquarium shows what was the first round-the-world voyage. Through it you can learn about the route taken by these sailors and you can see representations of some of the typical ecosystems of the areas through which the voyage was made. Captained by Ferdinand Magellan, five ships set sail from Seville on 10 August 1519, sailing through the places you will visit along the route, experiencing many difficulties. Finally, in 1522, only one of the ships was able to return to Seville, loaded with spices, after three years of travel and with only 18 sailors out of the 239 who set sail in 1519. 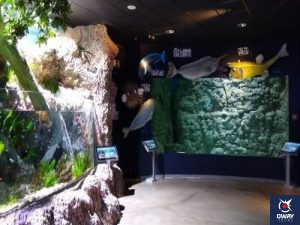 With 657 kilometres of course, the Guadalquivir River is the longest river in Andalusia and a symbol for the city of Seville. It rises in the Sierra de Cazorla and crosses Andalusia until it reaches Sanlúcar de Barrameda. Part of the fauna, both autochthonous and invasive, of the different stretches of the river is represented in our route, highlighting the area dedicated to the marshes of the Doñana National Park.

It is the second largest ocean on the planet, covering 20% of its surface. The recreation of the Atlantic in the Seville Aquarium ranges from coastal ecosystems to some of the deepest abyssal zones.

You can cross it from the Atlantic coast of Andalusia to the eastern coasts of South America, passing through the Canary Islands. We will observe different habitats, such as sandy and rocky bottoms, seagrass meadows or deep-sea coralligenous.

The American tropics are also present in the Seville Aquarium. This is one of the most biodiverse ecosystems on the planet, characterised by high rainfall and an average temperature of around 25ºC. This means that they are places with a fairly high level of humidity.

Here you will be able to observe some of the most characteristic species of reptiles and amphibians of these American rainforests.

So called because it is the area where the Indian and Pacific Oceans meet, these tropical waters bathe the coasts of important islands, such as Sumatra, Java, Borneo, New Guinea, the north of Australia or the Moluccas, harbouring an amazing biodiversity.

These include ecosystems such as mangrove swamps and coral reefs, where the colourful species that inhabit them stand out.

The Aquarium of Seville is located in a new leisure area of Seville, between the Garden of Delights and the Guadalquivir and next to the cruise terminal. It was from these waters that Magellan’s First Voyage around the World took place, an event that inspires the route you can take on your visit.

The price of a visit to the Seville Aquarium depends on the type of visit and the age of the visitor. Through the following classification you will be able to know the price of your visit.

These will be the general sales that will be made at the box office. Online we can find the following packages. The Family Pack, two adults and two children up to 14 years old, will have a ticket price of 46 euros.

The « esPEZtador » day, also through online booking and only valid on Thursdays from 15:00h. to 18:00h. The price for adults is 12 euros and for children 8 euros.

There are also packages for schools, the price will depend on what the visit includes. The same applies to group visits, which require a minimum of 20 people. 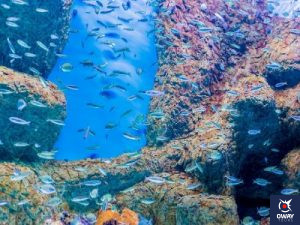 Enjoy our most recommended guided tours in Seville