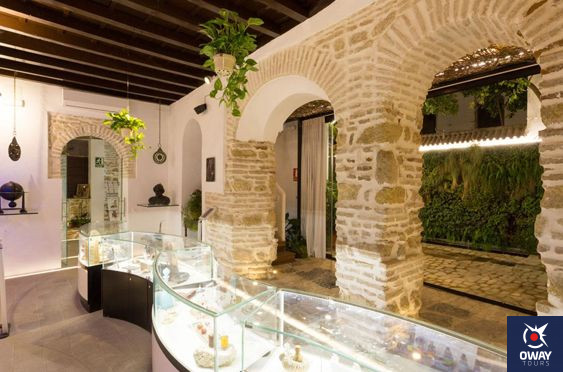 Located in the heart of the Jewish quarter, it is situated in a 13th century house that has been totally renovated and adapted. Since its foundation, has been intended to become an open door to discover this millenary science.

With a pre-established timetable from Monday to Sunday from 10:00 to 19:00:00 and with a price of 6 euros (reduced to 3 if you are from Cordoba), a route with an audio-guide is provided. This device explains with audios and texts in English the different objects that are offered, for example:

The tour includes several explanatory videos as well as the reproduction of a Rota, which is a mobile wheel that includes the zodiac signs. There is also an observatory for the youngest visitors and a conference room. A visit to the museum will allow you to learn how alchemy exerted a great influence on modern science, allowing you to delve into one of the least known aspects of Islamic Cordoba. Throughout history, great Jewish, Christian and Muslim figures have given importance to alchemy because it is linked to subjects such as medicine, philosophy, astronomy and astrology.

This is the first Alchemy Museum in Spain, opened in October 2017 and directed by Salma Al Farouki. It is dedicated to the memories and teachings of Yabir Abu Omar, a philologist, alchemist, theurgist (a magician who, since ancient times, has tried to communicate with the gods and exert influence on them) and spagyrist (a person who breaks down or separates the impure by bringing its parts together in a harmonious state according to number, weight and measure, thus obtaining medicines that carry the force of life, modulated specifically to help save the sick).

The opening of the center has two objectives:

The Al-Iksir Museum is an obligatory stop to complete that global conception that we all have of the Caliphal Cordoba. In this, you will become aware of the rich legacy that today is hidden among most branches of knowledge. 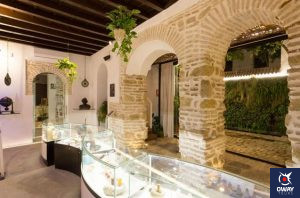 ¡Visit one of the most historical mouments of the city of Cordoba accompanied by the best local guides! Click on the button down below to learn more:

Alchemy as a Discipline

It is derived from the Arabic ‘al-kimiya’, this one derived at the same time from the Egyptian term ‘kemi’. It designated the fertile land that covered the land after the flooding of the Nile. Alchemy can thus be translated as the science of the black earth or the science of Egypt.

The alchemist therefore worked with an earthly matter of a heavenly spirit, awakening a hidden life in it. Then, the alchemist guided it until he realized his purpose of reuniting it with the sacred source from which it originally came. That is why the alchemist is considered to be a midwife and assistant to Nature. 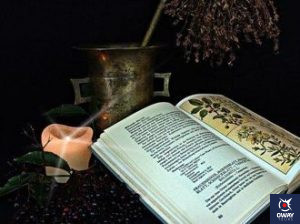 From the moment Abderraman I arrived in al-Andalus in 756 until the fall of the Caliphate in 1030 (and after the Almoravids and Almohads), the Andalusians became the ones who carried out an art that was not introduced in Europe until the 12th century.

Al-Andalus stood out in the scientific and artistic branches where scholars of alchemy passed on their knowledge of the East. It was with Abderraman III that the tree of wisdom was established and, under his Caliphate, the three religions coexisted, making Cordoba the capital of wisdom. All this occuring during the golden century of Islam.

Knowledge of alchemy in Córdoba was given by thinkers such as Averroes, Ibn Masarra, Ibn al-Khatib, Ibn Arabí al-Mursi and al-Zahrawi. 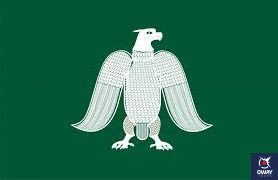 Before concluding, we would like to offer you some last recommentations to make the most out of your stay in the wonderful city of Cordoba. Along with a pleasent walk around the Jewish quarter, you cannot miss the opportunity to join the exclusive guided visit of ‘Monumental Cordoba’.  With this tour you will visit the great Mosque-Cathedral, the Alcazar of the Christian Monarchs and the Jewish quarter, all in one tour! Moreover,  you have the choice to visit these monuments one by one, as we also offer unique and individual guided tours to all of them.

On the other hand, our experts offer guided visits to the remains of the ancient town of Medina Azahara for those who would like to complete their visit to the most historical places of Cordoba. Finally, for those lovers of nature and festivities, the best local guides will accompany you on guided tours around the patios of Cordoba, located in the historical center of the city. Don’t miss any of this!