What to do for free in Cadiz 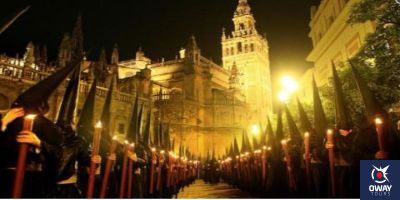 Seville, as we all know, is the capital of Andalusia, witness to the birth of countless famous artists, the cradle of flamenco and Andalusian folklore. To get to know Seville, one must experience Holy Week, the most popular festival in the city and the one that brings together the whole town, without distinction of class. Holy Week is yet another reflection of the centuries-old traditions and devotion of this land, becoming over time a model to be followed by the rest of Andalusia and Spain, creating canons of beauty that have formed the basis of how we understand Holy Week today. We are not only talking about a Catholic celebration, but also a demonstration of art, in which the five senses are insufficient to live these days.

It is very difficult to date the beginning of the brotherhoods in the city of Seville. What is known with more certainty is that the first processions were held without steps or images. They were carrying a crucifix and going through the streets of the neighbourhoods outside the walls. Later, they agreed to carry a banner to differentiate themselves from one another.

When they began to build the Penitence Station at the Cathedral, the desire to stand out from the others made them commission wooden images from carvers such as Montañés or Pedro Roldán, very important figures in Andalusian art.

These images showed different moments of Jesus’ passion, the most repeated of which include Jesus crucified and with the cross on his shoulder. These small processional floats were accompanied by people with candles to light the way, the origin of the Nazarenes. 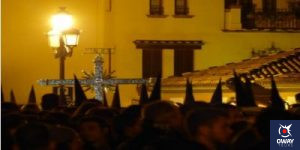 The largest city in Andalusia also has the largest number of brotherhoods in the region. There are about 60 brotherhoods that every spring are put on the streets with long processional processions that are full of colour, fragrance and beauty. 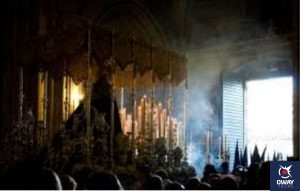 Although we all know that Holy Week runs from Palm Sunday to Easter Sunday. The most important days in other Andalusian cities are Holy Thursday and Holy Friday. In Seville, on the other hand, the high point of the week is the so-called Madrugá, the night from Thursday to Holy Friday in which no Sevillian sleeps. And, if during the day Seville has a special color, the spell of the night makes it a magical place, so you must visit this city with Seville Night Tour, you will be amazed. The streets are crowded to see three of the city’s most fervent images, read on to find out about them. 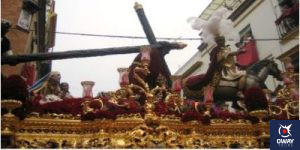 This brotherhood is one of the protagonists of the well-known “Madrugá”. It is located in the famous Macarena district, next to the wall and in enviable surroundings. The 17th century Marian image is one of the most venerated in the city. Such is the importance of this brotherhood, which has its own museum called “El tesoro de la Macarena” (treasure of the Macarena) which can be visited from Monday to Sunday at different times. The image of the Virgin is accompanied by the Christ of the Sentence followed by the famous Centuria Macarena. This brotherhood has more than 16,000 brothers and sisters, the largest in the city. 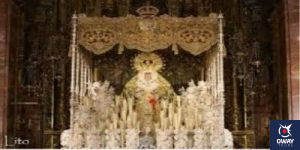 On the other side of the river, in the Triana neighbourhood, in a small chapel dedicated to the sailors, is the oldest neighbour of the wine cellar: the Virgen de la Esperanza de Triana. According to some historians, it is the oldest brotherhood in the city as it dates back to the beginning of the 15th century. In addition to the Virgin, the Cristo de las Tres Caídas (Christ of the Three Falls), one of the most venerated crystal images in the city, is carried in procession. During the procession, thousands of people from the neighbourhood accompany their brotherhood. 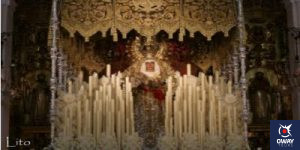 The “Lord of Seville“, as the Cristo del Gran Poder (Christ of Great Power) is popularly known, was made by the master Juan de Mesa in 1620, creating the canon for the brotherhood imagery of the following centuries. This image, in addition to the popular fervour it arouses in the city. It appears in the History of Art books because of the iconographic importance it represents. It is one of the so-called brotherhoods of silence and during its passage you can only hear the rachear of the feet of the costaleros and a few saetas (arrows) from a balcony hidden from the network of streets in the centre. 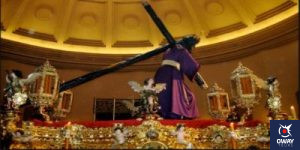 The best places in Seville to enjoy Holy Week

In this week of Passion the streets of Seville will be a hive of people. They will be moving from one place to another to go to the places that offer the best moment. Here is a list of some of those highlights. 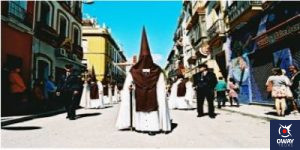 On all days of Holy Week, the brotherhoods run one after the other along the common route, the Carrera Oficial. The Plaza de la Campana is the beginning of this official route and the place where some of the most exciting moments are experienced, such as the arrival of the Cerro del Águila Brotherhood (the one with the longest route).

However, getting into this square is almost impossible as the prices for renting the chairs are very high. However, the Plaza de San Francisco has lower prices, between 70 and 100 euros. This official tour ends at the Cathedral of Seville, a place that you must visit any time of the year, for this we offer our Seville Cathedral Guided Tour. On the other hand, the Alcazar is located a few meters from here, with our Guided Tour to the Alcazar of Seville you will fall in love with this place. 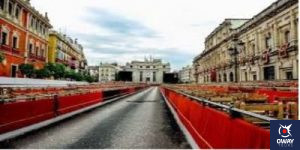 If there is a magical place in Seville to see a brotherhood, it is the bridge of Isabel II, a former bridge of boats. There are five brotherhoods that cross it on different days to reach the Cathedral of Seville. The passage of San Gonzalo in the early morning of Holy Monday is very exciting, as is the Christ of the Expiration, popularly known as El Cachorro, casting his gaze on the Triana sky as he expires. These are undoubtedly moments that you will never forget. 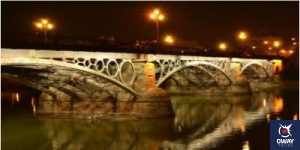 Although it is not one of the best known and most visited places in the city of Seville, it is the perfect place to see the passage of some brotherhoods that return to their temples after leaving the Cathedral of Seville (it is only a few meters away). You can’t miss the Despojado Brotherhood under this emblematic arch with the sounds of the Virgen de los Reyes or the Estrella Brotherhood, popularly known as La Valiente (the brave one) for being the only brotherhood in procession in 1932. 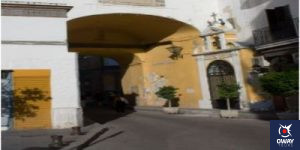 If the configuration of the brotherhoods has been a model for the rest of Andalusian Holy Week, the processional music has not been left behind. Seville is home to some of the most important music bands in Andalusia, such as Tres Caídas de Triana, Cigarreras, Virgen de los Reyes, Soria nº9, Carmen de Salteras and a long list of others. 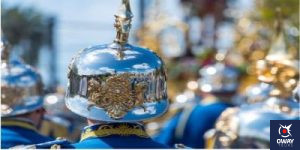