Cabildo Square in Seville, a place with its own essence

Living Museum of Al-Andalus in Cordoba 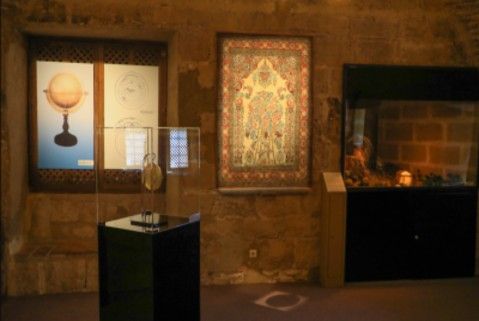 A date with the Andalusian soul of Cordoba

What advances in science and engineering were born during the Caliphate? What was the lifestyle like during the Andalusí Córdoba? These are just some of the questions that are answered in the different rooms of the Museo Vivo del Al-Ándalus, located in the Calahorra Tower, the fortress located at the foot of the famous Roman Bridge and on the other side of the Guadalquivir. A fortress originally conceived as a center of control and defense of which we have references to the existence of this enclave from the Al-Andalus, where it is mentioned in various historical sources.

The legacy of tolerance

The Living Museum of Al-Andalus represents the celebration of tolerance in the streets of what was the largest caliphal capital of Europe, where the values of East and West merged their streets.

A mixing that is part of the soul of Cordoba, and without which it would be impossible to conceive it.

On the Calahorra Tower

Inside this building is the museum, but what is the Calahorra Tower? It is an old medieval defensive bastion that today is a cultural center. Built in stone is an impressive fortress bathed by the Guadalquivir. In spite of being a defensive monument the tower shows decorative elements of Mudejar style, inheritance and legacy of the time of the Al-Andalus.

The museum, a tribute to the past

The museum is a sample of the contributions and advances of the three cultures that coexisted peacefully in the city. The ground floor shows the life and work of the Jew Maimonides, the Christian Alfonso X and the Muslims Averroes and Ibn Al Arabi. Some illustrious figures of the city and that have collaborated to their greater epoch of splendor. A legacy that today we can be thankful for.
Medina Azahara Guided tour 18€ Book

What will you find in the Living Museum of Al-Andalus?

The tour through the eight rooms of the museum will lead you to the heart of Andalusian culture, to understand how the inhabitants of Cordoba lived and even felt at that time.

Thus, on the first floor you will find all the information related to the knowledge and scientific advances during this period, with special mention to Alfonso X El Sabio, Averroes and Maimónides. On the second floor you will enter fully into the life of Al-Andalus, hand in hand with infographics and even an audiovisual report that depicts the peaceful coexistence between Jews, Muslims and Christians during the greatest period of splendor in Cordoba.

- Cordoba from a bird's eye view | In addition to a cultural tour to better understand the essence of Cordoba, the entrance allows you to access the top floor to see the main monuments of the city from the viewpoint. An experience you will never forget.