The six best museums in Malaga | with OWAY Tours 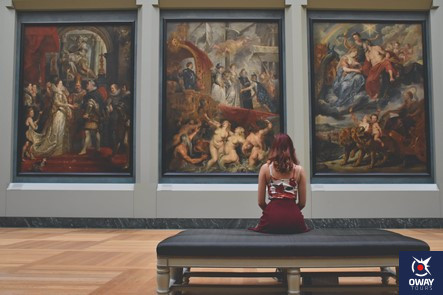 Undoubtedly, Malaga is one of the best international destinations to enjoy culture, as it offers a wide cultural offer of paintings, flamenco, Easter, air transport, arts and customs, archaeology, bullfighting?

You can’t miss the city of Malaga and its museums if you are a lover of culture and history. Here we will show you some of the best museums you can find in the capital of the Costa del Sol. Don’t miss this opportunity!

Pablo Picasso was a famous painter from Malaga. This museum located in the Plaza de la Merced was the place where Pablo Picasso was born in 1881 and where he lived until 1884. It was his home during the early years of his childhood and houses personal and family mementos of the painter. It has a wide and diverse cultural offer consisting of a specialised library and a continuous programme of temporary exhibitions as well as cultural activities.

It is worth highlighting the presence of works by Picasso’s father and by Picasso himself, such as the preparation notebooks for the work “Les Demoiselles d’Avignon“, numerous drawings, lithographs, ceramic pieces… In addition, the Birthplace Museum has managed to collect more than 4000 pieces by some 200 different artists, such as Miró, Chagall or Max Ernst.

Don’t miss a visit to this museum, where you can delve into the childhood of this world-famous artist. 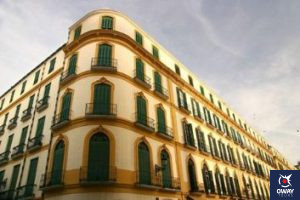 The Picasso Museum is the most visited museum in Malaga and Andalusia. For every visitor to Malaga this museum is a must see. Although Pablo Picasso only spent the first 10 years of his life in Malaga, his wish was to offer his hometown a part of the fruit of his talent, and that is why he decided to create this museum.

This magnificent museum is located in the Buenavista Palace, right in the centre of Malaga, and houses some 285 works by the painter from Malaga, which allow a thematic and chronological tour in order to learn a little more about the artist’s artistic career during the 8 decades of his work. In its rooms, you will find Picasso’s first studies, his cubist drawings, ceramics and paintings from his last period in the seventies.

Incredible works await you there, are you going to miss them? 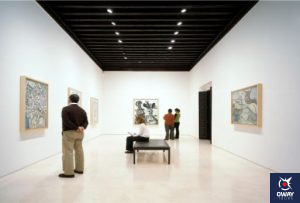 This is undoubtedly one of the most outstanding museums in Malaga. It is located in the Palacio de Villalón and houses an important collection of 19th century Spanish and Andalusian art, currently the most complete in Spain. It is made up of some 230 works that will take you on an extraordinary journey through 19th century Spanish art.

This museum contains naturalist, preciosist, costumbrista and romantic paintings, including works by artists such as Julio Romero de Torres, Sorolla and Sánchez Perrier, among others. It also includes collections of old masters with works by painters of the stature of Zurbarán. It was the widowed Baroness Carmen Thyssen who donated this collection to the city of Malaga.

Don’t miss this journey back in time through 19th-century art, where you can enjoy works of great artistic and historical value. 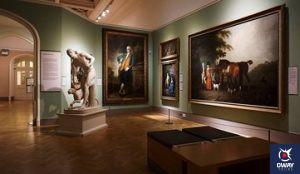 It was the first seat in Western Europe of the State Russian Museum of St. Petersburg, the museum that houses the largest collection of Russian art in the world. Few cities have the honour of being able to boast the shelter of its collections; and Malaga is one of them, incredible isn’t it?

The museum is made up of 4 palaces that make up this venue, which are outstanding examples of baroque and neoclassicism in St. Petersburg. It houses exhibitions of Byzantine, religious, impressionist, avant-garde, Soviet-era art and even Russian cinema. The centre also offers temporary exhibitions dedicated to great Russian avant-garde artists such as Kandinsky, Chagall and Malevich.

Don’t hesitate to visit these works of art that trace the complex and fascinating history of Russian art and its changing relationship with European culture. What’s more, the collections are renewed and changed from time to time, so if you’ve already been… You can go again!

It is located in Muelle Uno, a commercial area in the Port of Malaga. It has almost 90 works from the permanent Parisian Pompidou collection, as well as presenting several temporary exhibitions throughout the year. The experience at the centre is a participatory one, with cultural programmes dedicated to dance, performance, the spoken word and film.

Don’t miss this modern museum where you can take an incredible journey through the history of art of our time. 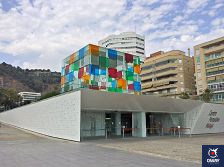 The Museum Jorge Rando is the first and only expressionist museum in Spain and is dedicated to the painter Jorge Rando. The aim of the museum is to disseminate and research the work of the painter, as well as the expressionist movement in all its facets, from the last decades of the 19th century to the present day. This museum has become a European benchmark, maintaining collaborations with prestigious companies worldwide.

It has permanent exhibitions in different rooms of great thematic richness such as Africa, Prostitution, Maternities, Passion, Paintings, Landscapes, among others. In addition, these are accompanied by other temporary exhibitions by other national and international artists. The Jorge Rando museum stands out for being the living room of art, as it welcomes all kinds of artistic manifestations, and keeps its doors open all day long, so that artists have a space at any time to create art.

It is a marvellous museum that aims to transmit spirituality and humanistic values to the population through art. Don’t hesitate to visit it, you won’t regret it! 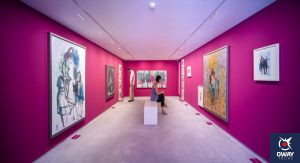 You can’t miss the following at Oway Tours: