Visit to the churches of Ecija | OWAY Tours

The churches of Ecija 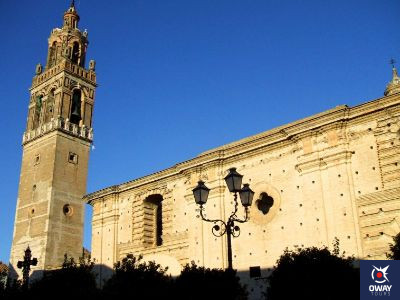 Ecija is a Sevillian city with years and years of tradition. In ancient times it was a very important city in terms of Roman and Arab culture, while it also became a religious centre in the Middle Ages. Furthermore, after the reconquest by the Christians, it became the seat of noble houses. All this has led to an important cultural and religious heritage, which is still appreciated today by countless devotees.

Most of its early churches were in the Mudejar Gothic style, which was present in them until the 16th century. However, Ecija has always been known as the capital of Andalusian Baroque.

This church is located in the Plaza de España in the city. It was a former Franciscan convent of San Antonio, hence its present name. It is built in the Mudejar Gothic style, which, as we have already mentioned, is the main style in Ecija, although its construction was a little difficult as the people opposed it and even demolished part of the works that were initially carried out. It was finally completed in 1473. It underwent a process of reform in the 18th century, and after this improvement it became a convent for the Paulist Missionaries. Nowadays, it is a place of worship visited by many people, with a notable viewpoint and belfry.

Inside, it has three naves painted white, in which the Baroque main altarpiece presided over by the Miraculous Virgin stands out for its quality and beauty. 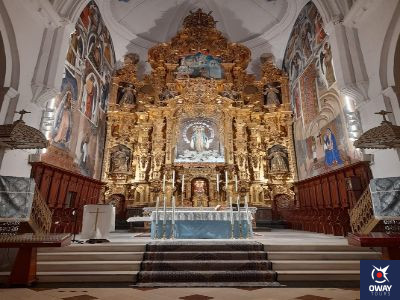 This parish church was one of the most primitive in the city of Ecija, being a large church which has been completely refurbished in a baroque style characteristic of the 18th century. One of its most outstanding decorative elements is the façade, where you can see the monument of the Triumph of the Virgin of the Valley and Saint Paul, together with the representation of a high tower in honour of the Giralda of Seville.

Inside, we can find three incredibly decorated naves. In one of them is the main chapel, which is dedicated to the Virgin of the Assumption, hence the name of this parish church. On both sides we can appreciate the altarpieces of the Cautivo and the Virgen de las Lágrimas, better known as the Dolorosa, very important figures in the history of Ecija.

In addition to the main chapel mentioned above, there are two more, such as the Baptismal Chapel with the image of the entry of Jesus into Jerusalem, and the Sacramental Chapel, beautifully presided over by the Virgin of Bethlehem.

The Parish Church of Santa María de la Asunción is home to the brotherhoods of La Borriquita and El Cautivo.

This place is completed with the Sala de las Tacas, the Sacristy and the Patio de los Naranjos. There is also a museum where you can see an interesting collection of archaeological remains of Roman and Arab origin. 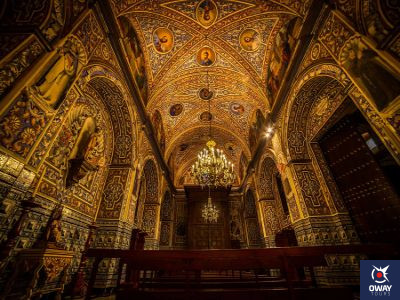 This church is well known in Ecija as it is one of the most primitive parishes in the town and one of the first neoclassical churches of the 18th century.

Its interior consists of three vaulted naves, in which we find the largest neoclassical altar of the whole church, presided over by Santa Bárbara, after whom the church is named.

The tower of this church also plays an important role, as it was damaged by lightning in 1892 and was ordered to be demolished. Some time later, a new one was built, preserving three bays of the first body of the old tower.

Finally, it is worth mentioning the legend that this church goes through. On its façade is the name of the Hermandad Jesús sin Soga (Jesus Without Rope Brotherhood), as it is the canonical headquarters of this organisation. The name of this religious congregation comes from one of the best known legends of Ecija today. The legend tells that the Nazarene of this chapel gave the cincture of his tunic covered in gold to a member of the faithful who had financial problems so that he could sell it and thus get out of poverty. This is the reason why the image has no cincture on his garment and is known by the name of “Jesus without a rope”.

Since you are in Seville, a good option to finish your trip would be to visit Cordoba, as it is very close to the town of Ecija. There, we recommend you to take the tour of Medina Azahara or the tour of the Patios of Cordoba, world famous and visited every year by more and more tourists. 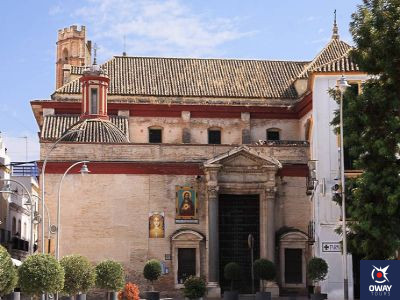 Considered a primitive Episcopal see, mosque and parish church in the Gothic Mudejar style since the Christian reconquest. It was reformed in the 18th century, although it is still not completely finished.

It is located in the Plaza de Nuestra Señora del Valle and consists of several courtyards from where you can see the unfinished arches and elements of the old church.

The main altar, in Baroque style, is presided over by the Virgen del Socorro, from the 16th century, and San Pablo, patron saint of the city.

It has a long timetable for visits, both in the mornings and afternoons.

Church of what was the 14th century Dominican convent, today the headquarters of the congregation of the Operarios de Cristo, which can be found in the Plaza de Santo Domingo.

It has a Renaissance and Baroque style although it has a neoclassical façade. The main altar is dedicated to the Virgin of Peace, Saint Paul and the Dominican Saints.

In general it corresponds to the Gothic-Mudejar type of church, although the progressive reforms and reconstructions have masked the original characteristic elements.

The Chapel of the Virgen del Rosario and the large altarpiece of Cristo Atado a la Columna (Christ Tied to the Column) stand out.

It is closed on Mondays. 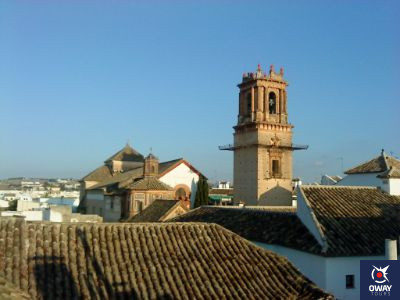 Once you know the most emblematic churches of the Sevillian capital, we recommend you to make a stop in Cordoba, and enjoy everything that another Andalusian city has to offer.

First of all, we recommend you to hire the tour of the Mosque of Cordoba or walk around the Alcazar of the Christian Monarchs.

Finally, if you want to enjoy a free tour, getting to know little by little what the city of Cordoba has to offer, we recommend you to enjoy the free tour in the province of Cordoba.