The Water House of Cordoba 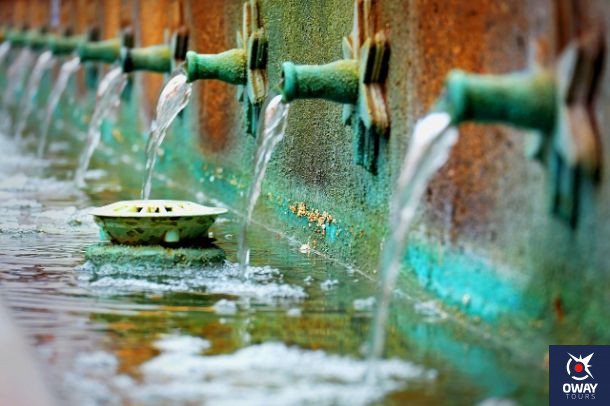 This is a unique interpretation centre in Spain, a museum and information centre that based its thematic project on the representation of the historical and natural cycle of water in Cordoba. This centre portrays it as a vital element as it allows us to learn about the customs and uses of its inhabitants as well as its evolution over time. It also allows us to find out what the difficulties were in gaining access to its consumption, so the visit lets us learn about its evolution over time.

This makes us reflect on the exploitation of this natural resource and thus create awareness in future generations. This is an ideal project for learning that escapes the concept we are used to for a museum, since the interaction with the pieces is much greater.

History of the Building

Although we do not know the exact year of construction as it follows a model of absolute transition, we can establish that the museum has its roots in the 17th century. It is a historical building that occupies a strategic position as it is located in the area where the Medina meets the Axerquia. In addition, it houses a section of the Roman wall and sewage system, a courtyard, a well and a cistern. We know that during the Inquisition it was a perpetual prison for women and that it was at the end of the 19th and beginning of the 20th centuries that the museum experienced its rise. 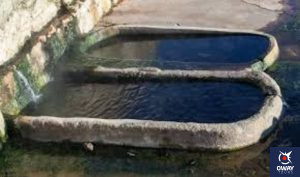 During the tour you can see in situ archaeological remains and infrastructure belonging to different periods, including also collections of ethnography and many graphic documents which allow the visitor to obtain a very complete picture of the whole. 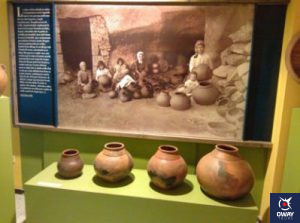 The museum project has five consecutive rooms with related themes. These also have graphic and audio-visual information that helps to understand the story being told much better:

This room explains how water resources were captured in the transition from the Patricia Colony until Cordoba became the Andalusian Caliphate, which came from nature. After this, we will know how irrigation techniques were incorporated into urban planning until they reached the form of today’s supplying.

In this room, soft colours predominate, giving a sensation of purity and clarity in an atmosphere where ceramic pieces used for the storage and transport of water at a popular level, the way in which it was cooled and the different uses of these pieces adapted for a specific activity are shown. It also deals with how hygiene was according to the different cultures.

Room III: Public fountains in Cordoba from the 16th to the 18th century.

A tour is given in which the forms and typologies of fountains in our city understood as meeting places are shown.

The two most common popular trades are shown, such as washerwomen and water carriers, as well as the resources that they used to carry out their work. It also explains how water was collected when it rained from the roofs of the houses to the storage systems.

This last room highlights Cordoba as a World Heritage Site. The old quarter of Cordoba is defined as a space that results from the actions of different cultures, with the house of neighbours standing out as a form of community life. It also shows how the owners of these houses cleaned them and how they maintained the most emblematic gardens of the city. 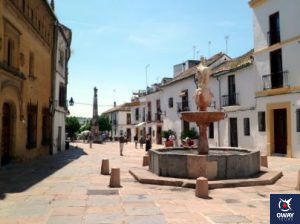 The museum is located in Calle Portillo, in the heart of the historic centre of Cordoba. It is only 8 minute walk from the Mosque-Cathedral and Tendillas Square. It can also be reached from the bus station and Renfe (train station) by taking bus lines 3 and 4.

It can be visited from Monday to Wednesday from 10:15 to 14:15, although it is closed on Tuesdays. You can hire a guided tour that lasts approximately 75 minutes. 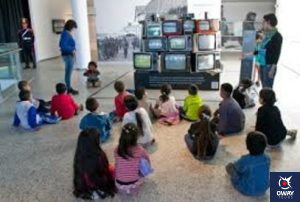