What to see and visit in Malaga in one day | OwayTours.com

Travelling with your dog to Ronda

Where to see Flamenco in Seville?

What to see and visit in Malaga in one day 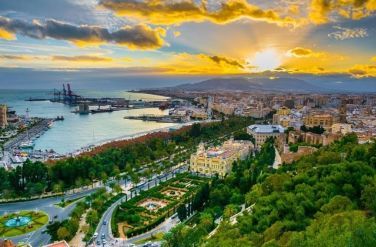 Málaga is the largest coastal city in Andalusia, with a seaport in the middle of the urban area and an enviable sunny climate, but that’s not all! It was founded by the Phoenicians in the 8th century BC, making it one of the oldest cities in Europe. Suddenly you want to visit this beautiful city even more, don’t you? What if we also told you that you could visit it in just one day? Yes, exactly what you hear! If you are just passing through or don’t have a lot of time, visiting the capital of the Costa del Sol in just one day is possible, read on and we will tell you what to visit in Málaga in just one day without missing anything!

If you want to visit Málaga in one day, you’d better start the day with energy, and what better than to grab a coffee in a century-old cafeteria? The Café Central de Málaga, located in the Plaza de la Constitución, will transport you directly to the 1920s. It is also known for being the origin of a curious Málaga custom: the way of ordering coffee. In this cafe, you will learn how to order coffee in short, half-short, shade, cloud… What? You don’t know what we’re talking about? Go to the Café Central and find out for yourself! 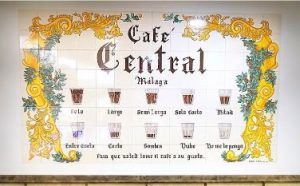 The Plaza de la Constitución is the nerve centre of Málaga and was already considered a main square in the Nazarite era. Even if you’re gawking at the remarkable buildings around it, don’t forget to look down! On the ground you will discover the commemorative plaques with the newspaper covers the day after the proclamation of the current democracy in 1978. From this square comes the “pasaje de las chinitas” (chinsese little women passage), a street with a curious cross shape that has become a lovely corner.

The most luxurious street in Málaga! All the big firms have premises on this street and the price per square metre is comparable to those on Madrid’s Gran Vía or Barcelona’s Paseo de Gracia. Don’t hesitate to stroll down this street, especially at Christmas, as the Christmas decorations on Calle Larios will leave you speechless!

The great municipal market will surprise you with the Nazarite style of its main door. It is an old Moorish building that has been restored to sell the most typical products of the province of Málaga – a spectacle of colours, smells and flavours! 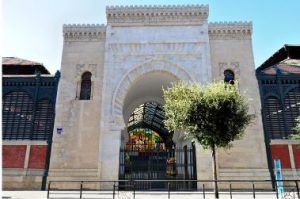 Located in the Plaza del Obispo, the Cathedral of Málaga will surprise you because more than a cathedral, it looks like a tower. The construction of this cathedral began in the 16th century, but several centuries later the works were stopped, leaving this peculiar shape that gives it the nickname: “la manquita” (the little hand), because it lacks a hand.

The Roman Theatre dates from the first century A.D. and is the oldest in Spain. Today it is still used as a stage for a wide variety of performances. Moreover, surrounded by the Moorish citadel and the castle of Gibralfaro it forms an archaeological site worthy of a film! 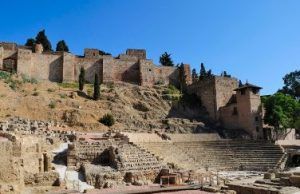 This fortification has guarded the city since the 10th century and combines artistic styles from two cultures: it was built as a palace for the Muslim governors on the remains of a Phoenician construction. In short: the Alcazaba is Phoenician, Muslim, fortress, palace and is also surrounded by beautiful gardens with orange trees – It’s a must visit! 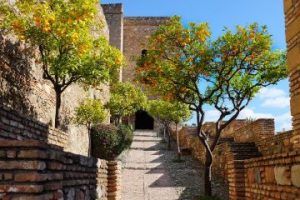 The Gibralfaro Castle is connected to the Alcazaba by a walled corridor and was built in the 14th century to protect the palace. From up there you will enjoy impressive views of the city of Málaga and the coast. 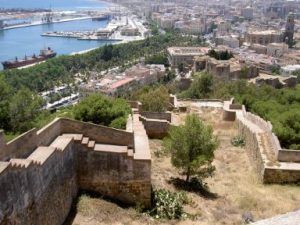 The Paseo del Parque is one of the most important avenues in Málaga and is home to many of the city’s main buildings, such as the Bank of Spain and the old Post Office building, both from the 20th century. You may not be walking around Beverly Hills, but its tall palm trees will make you think you are! 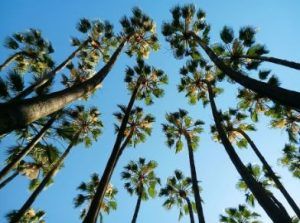 End the day with the best panoramic views of the port from Port 1, the shopping and leisure area. It is also part of the cultural life of the city as it has the Centre Pompidou Málaga, the first Centre Pompidou outside France. Continue walking along the promenade, Port 2, also known as the “Palm Grove of Surprises”, until you reach the Lighthouse (not Lighthouse), one of the two female lighthouses in Spain for its curves that remind you of a woman’s body. 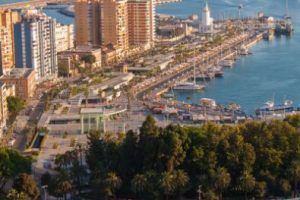 If you are a painting lover you might want to take the time to visit the museums that Málaga has to offer. Picasso was from Malaga and therefore there obviously are museums dedicated to him. The Picasso Museum is located in the Buenavista Palace and the Picasso Foundation houses the Museo Casa Natal (his home). If instead of the avant-garde you are a romantic-art-person, in the Carmen Thyssen Museum in Malaga you can enjoy a large collection of Spanish and Andalusian paintings from the 19th century. 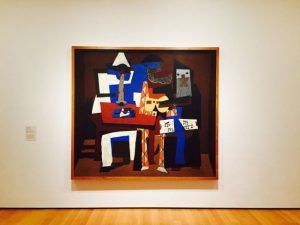