All the information about Calahorra Tower | OWAY Tours

We all know that on one side of the Roman Bridge of Cordoba we will find the Mosque-Cathedral. However, few are those who know and spread the existence of the Calahorra Tower, which is located on the other side of the bank of the historical centre of the city of Cordoba.

The Calahorra Tower was a strategic point of control and defence in the city and is mentioned in several Arab sources that spoke of Al-Andalus. In addition, this important tower was also mentioned in numerous references from the Christian conquest to the present day. It is worth noting that its entire history is reflected in its architecture, which underwent several remodelling projects until it reached its current state.

In this article we will tell you everything about this monument so that you can get to know it a little better; from its origin to what the Calahorra Tower is today. 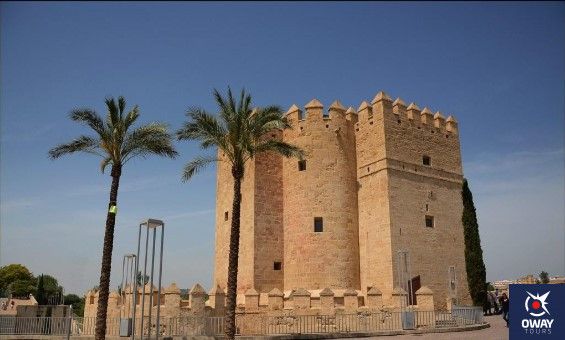 History of the Calahorra Tower

Despite all the studies that have been made on this monument, there is no certain theory about its origin, although it is most likely that it was built in the Islamic period. “Calahorra” is the pre-Roman name of the tower, although in the time of Al-Andalus it spread as qalahurra. This name was used for many other things, like for towns or other important towers.

The Calahorra Tower had a defensive function for the city, protecting the access through the Roman Bridge, since the entrance of Cordoba through this bridge was quite easy and fast. Originally, it is thought that there were three towers, making its defensive system very good. Added to this were its vigorous walls, its deep moat and its numerous loopholes which housed the cannons. Inside there was also space for the rooms that were established on three different heights, in addition to the terrace. In ancient times, the tower lacked decorations both inside and outside; it only had its own architectural elements. 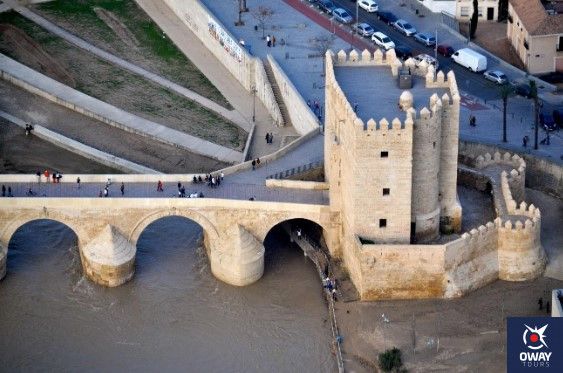 Curiosities about the Calahorra Tower

The Calahorra Tower has had several uses over time. It was in the 18th century that it was used as a prison to lock up foreign soldiers. Later it was used as a shelter for those affected during the Tabardillo epidemic. And in the 19th century it was a school for girls in the Campo de la Verdad neighbourhood.

Nowadays, inside the Calahorra Tower, there is the Living Museum of Al-Andalus and it is also the headquarters of the Paradigm Foundation of Cordoba. In the museum you can enjoy an exhibition about the three cultures that passed through the city of Cordoba: Christian, Muslim and Jewish. Those who decide to learn more about this exhibition, will learn more about the importance of the coexistence of these cultures in the city to reach its current state.

Timetable for visiting the Calahorra Tower

The timetable for visiting the Calahorra Tower varies depending on whether it is winter or summer. The winter timetable starts on October 1st and ends on April 30th. You can visit the Calahorra Tower from 10:00 to 18:00 every day of the week, from Monday to Sunday. It also has video projections that will make you know much better the history of the monument and the city. During the winter you can attend these screenings at different times: 11:00, 12:00, 13:00, 15:00 and 16:00. 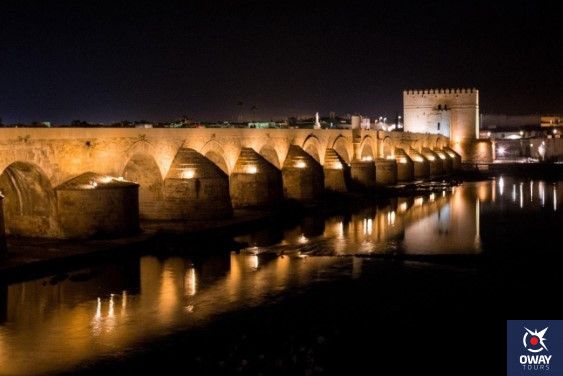 Prices for visiting the Calahorra Tower

The entrance to the Calahorra Tower is quite cheap compared to all it has to offer and all the history you will know when you visit it. The normal ticket for the visit to the monument and museum costs 4.50 euros. As for the reduced rates, students or those with a youth card and pensioners and retirees will only have to pay three euros. Moreover, if you go in a group of more than 15 people, the price also decreases to three euros. People under eight years old do not pay an entrance fee. However, if you choose to watch the video projection as well, you will have to pay a small extra of three euros, regardless of the fee you pay.

If you plan to make a group visit, you must remember that you must book in advance. One of the people in the group will have to be responsible for the group. In addition, if it is a large group, that person will not pay an entrance fee.

How to get to the Calahorra Tower

One of the most interesting things about this monument is its strategic location in present-day Cordoba. The Calahorra Tower is in a privileged place, as you can find it on one of the banks of the Guadalquivir River that crosses the city. On one side of the famous Roman Bridge is the Mosque-Cathedral, and it will not be difficult to find the Calahorra Tower, as it is on the other side of the bridge. You only must cross the Puerta del Puente and go across the Roman Bridge. Both the tower and the path to it have a unique and spectacular beauty.

We recommend that you cross the Roman Bridge and visit the Calahorra Tower under the moonlight or during the sunset, as the whole city lights up and makes the experience even more special.

As you can see, the Calahorra Tower is very close to the other important monuments of the city. Therefore, if you decide to go by bus to Córdoba, you can take a city bus from the station to the centre and you will only have to walk approximately five minutes to the tower. You should get on the number 3 bus at the stop next to the station, which is called Renfe-Estación Buses. The bus ride is 10 minutes and you must get off at the Puerta del Puente stop. This stop is on the other side of the bridge, where the Mosque-Cathedral is located. 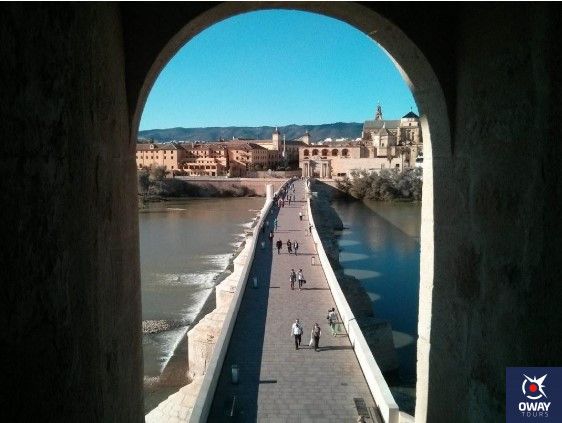