The best 10 Hotels in Cadiz

Guide to the best tapas in Granada 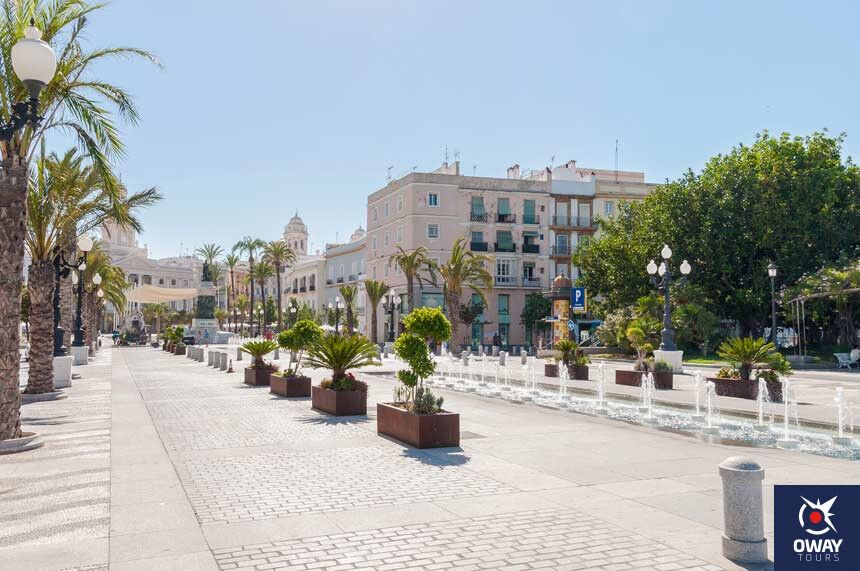 Cadiz is a city full of history and anecdotes, which is why it does not fall behind in terms of peculiarities to tell. We could spend days recounting curiosities about this beloved Atlantic city, however… today we’re going to tell you 5 curiosities about it. You want to know? Then read on and find out!

Under the Populo District is located a Roman Theatre

In the oldest district of Cadiz (with more than 3000 years of history) just a few decades ago archaeologists discovered Roman remains on which various buildings had been erected during the Muslim era. Currently it is not possible to continue the work because on the ruins is located a residential neighborhood and commercial buildings such as educational centers and restaurants.

This theater was established in 70 a.C by the counselor of Julius Caesar. Despite having the structure of a typical Roman amphitheater, it was initially used to store materials and welcome different inhabitants of the city. 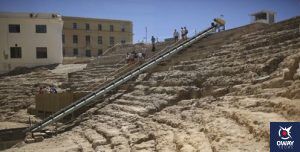 Today it is open to the public at the following visiting times:

Admission to the venue is free of charge. However, in case you want to take a guided group tour it is necessary to book in advance by phone 677 982 945

Houses are protected with war cannons

After the War of Independence of the nineteenth century (where many cannons were used) these were left over everywhere, not knowing what to do with them they decided to use them as decoration on the exteriors of the houses. Of all the shapes and sizes, such as a sample of the fighting blood and guerrilla of the Gaddites, you can find one of these canton guards where you least expect it, so if you walk through the historic center of Cadiz and see a canyon decorating a house or some public building Don’t panic!

Although it may seem like a simple way of decorating, this once had a very original function: to protect the walls of the houses from the shocks of the carriages. Of course, this feature ceased to make sense a long time ago, but Cadiz has been left with the reputation of being the city with the most original corners of the world. 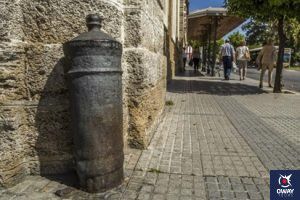 Although many believe that in the north it is where more water falls, in reality Cadiz is a city where it rains a lot. In the interior of the province is located the Sierra de Grazalema, the area of Spain where the most precipitation falls. This may surprise, as  it is  an area of southern Spain that is basically considered desert. In this area of Cadiz there are an average of 2,200 liters of rain per m2 annually, so it is recommended that if you want to make a route through the municipalities you make it in the summer months.

Perhaps this is what gives it its natural beauty, which together with the white villages located in its surroundings, make the area one of the best known and most spectacular tourist routes in Spain. And if you want to enjoy the mountains itself, some companies organize horseback riding and hiking trails 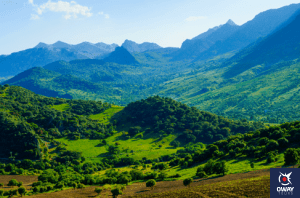 Due to its beautiful landscape and clean waters, La Caleta was chosen to shoot the famous scene from the film Agent 007 “Die Another Day” where Halle Berry comes out of the water. Even if it looks like it’s rolled on a Caribbean beach… it’s in the middle of Cadiz! 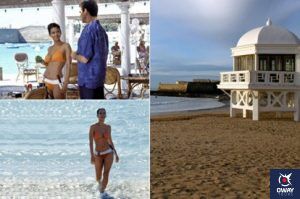 The incredible resemblance to the aesthetics of both cities was the reason why it was decided to make in the Cadiz capital the scenes of the film that theoretically takes place in Havana. This decision was made after the necessary permits were not granted to shoot it on the Cuban island, as they had to look for an alternative as close to the image of this.

After the filming and subsequent success of the film, the place was filled with tourists wanting to take pictures in the same place where the mythical James Bond had been.

In Cadiz we find the oldest winery in Europe

It is true that sherry wines are known all over the world, that is why for their production there are many wineries installed more than 100 years ago. The so-called Williams & Humbert is the oldest of them (it was founded in 1877), with an area of approximately 180,000 square meters where wines have been stored since the 1920s. 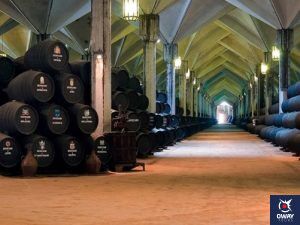 In addition, if you are interested it is possible to make an interesting visit to the winery, where they will explain their entire history and tour and give you to try samples of their wines. The time to visit is on Wednesdays and Thursdays at 11:30 am, the tour will last approximately 2 hours and must be booked in advance.

The visit includes: walk trought the winery,  the aging,  the room of bottling  and “añadas”, the equestrian facilites, visit to the museum of some original pieces and a tasting of 3 sherry wines and juice for children (from 5 to 17 years)

And if you want to know the whole city, oway tours offers the best guided tours in cadiz: