▷ 5 Places to visit near the Caminito del Rey | OWAY Tours 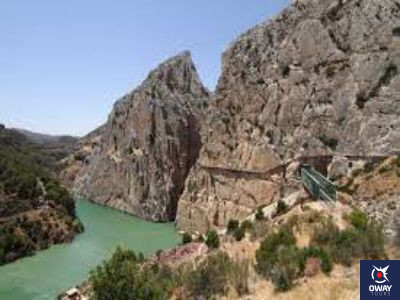 The Caminito del Rey is a very famous place where thousands of people go throughout the year to discover and experience in their own flesh what many people consider “the most dangerous path in the world”. In fact, to do this tour in the best possible way, we recommend our Guided Visit of the Caminito del Rey, where you can get the best experience accompanied by the best guides.

However, are there other things and places besides this famous trail in the surrounding area? The answer is yes and in this blog we will show you which are the 5 places to visit near the Caminito del Rey, and get ready because some of them are spectacular, so if you are planning to do the Caminito del Rey or if you are close to the area, keep reading this blog.

In addition, the climate in Malaga is very favourable to visit these places, being a very mild climate with pleasant temperatures even in summer. Doing activities in Malaga or visiting new places makes everything easier, and in this blog we will show you places where you will enjoy every moment and incredible views.

The first place we recommend near the Caminito del Rey is this natural spot. The Gaitanes Gorge is a canyon that is carved out by the Guadalhorce River. This is a natural spot with spectacular features and is one of the most impressive places in the province of Malaga.

The dimensions of the narrow canyon are quite striking, being three kilometers long, and in some sections, the width between its sides barely exceeds ten meters. In addition, the height of its summit reaches a height of 700 meters, which is quite impressive.

As for its fauna and flora, they are spectacular. In the higher areas there are mountain goats and other mammals that are more difficult to see, such as dormice and genets. If we look at the flora, there are species such as holm oaks, stone pines or the Rupicapnos Africana, the most protected species and which appears in the red book of protected species of Andalusia.

This is the perfect place for nature lovers who want a bit of peace and quiet to enjoy the beautiful landscapes of this natural spot. 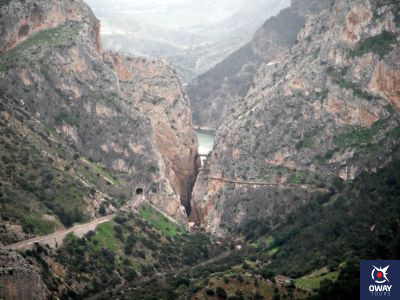 The next place we are going to recommend is very close to the Desfiladero de los Gaitanes, on an impressive sandstone plateau known as “Mesas de Villaverde”. It was the medieval town of Bobastro, one of the most conflictive towns in history during the 9th and 10th centuries. Although today it is only ruins, this city was the capital of the Mozarabic revolt against the Cordovan state, and was the refuge of the warlord Omar ben Hafsun.

But what can you see in these ruins? Here you can follow the history and legend of this Christian revolt that kept the emirs of Cordoba in check, and you will be able to identify among the numerous cave buildings, excavated in the rock, military constructions, houses and caves and religious buildings. All this will make for those who like history an unforgettable experience and one that is sure to be a highlight of your trip. 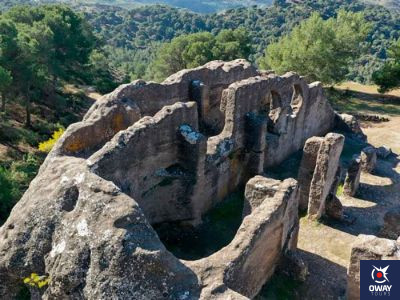 The Hermitage of Nuestra Señora de Villaverde is located between the Tajos de Almorchón and the vertical walls of the Mesas de Villaverde, where the Mozarabic town of Bobastro mentioned above is located.

This hermitage has undergone many extensions on the basis of a primitive Mozarabic temple. Next to the current hermitage, which was renovated during the 1960s, a necropolis of tombs excavated in the rock was found, dating from the Mozarabic period.

With regard to the festivities that were held, until the 1920s, Moors and Christians were celebrated. Nowadays, the pilgrimage mass of the Virgen de Villaverde, patron saint of Ardales, is still celebrated. It is said that she appeared here after the Christian conquest.

This place is very beautiful and has incredible views where you can take great quality photos, plus you’ll be very comfortable being in a natural and cultural environment. 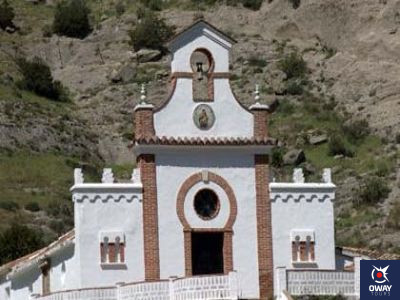 The Castillo de la Estrella was built in the 13th century by the Almohads and underwent continuous remodeling over the years. It was built to defend the large population that was scattered along the rivers Guadalteba and La Venta.

This fortress is one of the largest and most impressive in the province of Malaga, covering an area of around 25,000 square meters. Its wide walls and its location made it a very difficult place to pass through.

In addition, this castle has numerous protections and is very important. It was declared a National Monument of Historical and Artistic Interest in 1931, and in 1949 it was declared an Asset of Cultural Interest. It also has the protection of the Generic Declaration of the Decree of 22 April 1949, and Law 16/1985 on Spanish Historical Heritage. Finally, in 2020 it was the first monument in Malaga to form part of the Network of Great Castles and Tourist Palaces of Spain. Therefore, this castle is of great cultural interest and you won’t want to miss it. 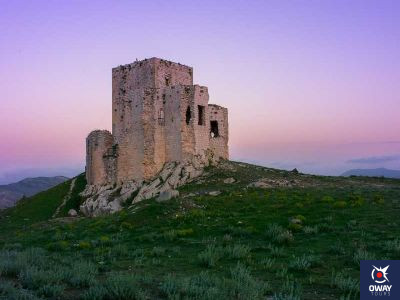 If you want to see one of the most emblematic things of the reservoirs is the so-called “Sillón del Rey”, which is a set of two benches, an armchair and a table and is all made of stone, and is where King Alfonso XIII signed the completion of the works of the Conde de Guadalhorce reservoir. From here on the other side of the reservoir you can see the “Casa del ingeniero” or “Casa del Conde”, although it is closed.

These reservoirs also have several hiking trails, where you can enjoy and experience nature in the best possible way. In addition, there are also camping areas, where a museum of the area is located. 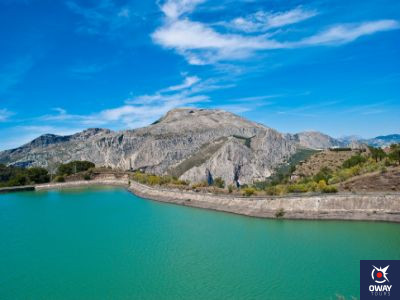 Did you want more? Don’t worry, on our website we have our Free Tour Malaga where you can discover more of this beautiful city.