▷ The 4 Curiosities of Malaga that you must know | OWAY Tours 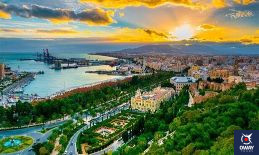 In the south of Andalusia lies Malaga. Very few really experience it as a local because many of the city’s secrets are untold or have been forgotten over time. So in this blog we bring you a series of curiosities that you didn’t know, so you can consider yourself a real “boqueron” from Malaga.

It is considered the oldest cemetery for non-Catholic Christians in Spain. It was founded in 1831 by William Mark, the English consul in the city, who was concerned about the eternal rest of his companions. The consul bought some land on which he built the cemetery, in an outstanding area of the city, near the bullring and the Limonar (a bourgeois neighbourhood in the 19th century). Access is free of charge and we can make a small donation for its conservation. After this, we will walk up the paths surrounded by vegetation, observing the impressive mausoleums and sculptures that can be found there. We can also visit the Anglican church of San Jorge (1891) or the tombs of Roberto Boyd and José María Torrijos, famous liberals who were executed by firing squad. Guided tours are available in both Spanish and English, or even night tours.

Every 28th of December, on April Fool’s Day, the Fiesta de los Verdiales is celebrated in Malaga. With 50 editions in the past, it is one of the most popular festivities of the whole year due to its folklore, music, colours and dances. The name of this festival comes from the “Verdial”, a composition of popular music and traditional dances used by men to woo women during the harvesting of the verdial olives. The songs are considered to be the first fandangos malagueños.

Depending on the geographical area, the instruments or the type of dance, a different verdial style is considered. On the other hand, the clothes they wear do not have a unique design, but they all have the same colouring. 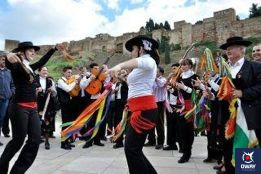 This brotherhood has its headquarters in the chapel of Veracruz. It originated in 1558 as the Brotherhood of Jesús Nazareno, and in 1756 it was renamed as it is today. This brotherhood is so popular in the city that in the 18th century Charles III granted them the possibility of freeing a prisoner for a minor conviction every Wednesday procession.

Such was their gratitude that the prisoners volunteered to carry the images. The choice of the prisoner was made by the Penitentiary Institutions Corps and the President of the Provincial Court. 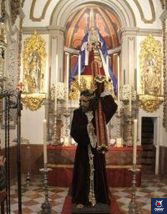 A city full of museums

Throughout the city we can enjoy more than 30 spectacular museums, these are some of them: 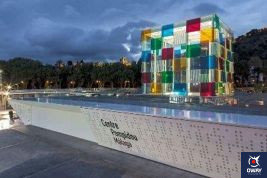 At OWAY Tours you can also enjoy the following alternatives: