The 7 most photogenic places of Granada

The 7 Most Photogenic Places in Ronda 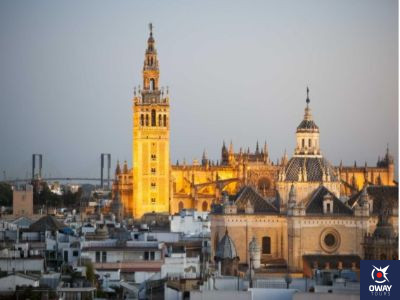 Seville is a city that envelops and captivates the visitor with a mixture of beauty and feeling. Its artistic wealth, its modernisation, its gastronomy, its climate, and its sustainable mobility options are just some of the excuses to visit the city and experience it intensely.

María Luisa Park is Seville’s first urban park and one of its green lungs. It was inaugurated on 18 April 1914 as the Infanta María Luisa Fernanda urban park.

These spaces were donated to the city in 1893 by the Infanta María Luisa Fernanda de Borbón. The squares of Spain and America, built for the Ibero-American Exposition of 1929, are integrated into the park and are one of its main attractions.

The park covers an area of 34 hectares and boasts an extensive variety of vegetation. It also contains a wide variety of bird species, including peacocks and songbirds, swans, and ducks. It is an ideal place to stroll in good company surrounded by nature and history.

In 1983 it was declared an Asset of Cultural Interest in the category of Historical Garden. 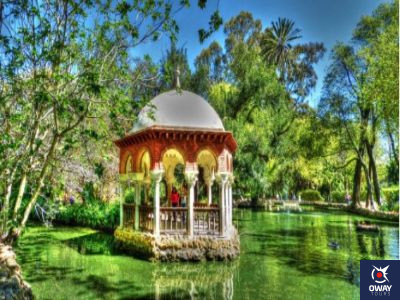 The Plaza de España is a spectacle of light and majesty. Framed in the Maria Luisa Park, it was designed by the great Sevillian architect Anibal Gonzalez as an emblematic space for the Ibero-American Exposition of 1929. The result was a plaza-palace that is unique in the world. Its proportions are lavish; it has a total surface area of 50,000 m2, making it undoubtedly the most imposing square in Spain.

Along the entire perimeter of the square there is a 515-metre-long canal, which you can travel along in a boat. Without doubt, a romantic experience.

Originally intended to be part of the University of Seville, it became the seat of the military government and now houses the Military Museum of Seville and the sub-delegation of the Spanish government. It has also been used as a backdrop for many and varied films, which is why the European Film Academy has chosen it as a Treasure of European Film Culture. 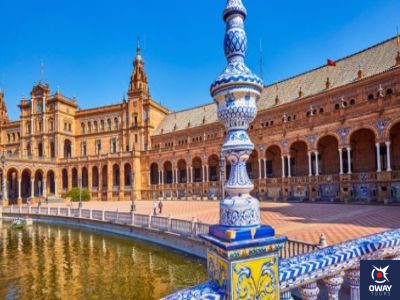 Also known as the Cathedral of Santa María de la Sede, it is the largest Gothic cathedral in the world and the third largest Christian temple after St. Peter’s in Rome and St. Paul’s in London. Since the conquest of the city in 1248, the building of the aljama has become the cathedral of the Kingdom of Seville.

Visiting hours for the monument are:

The entrance fee is:

The Giralda is the bell tower of the Cathedral. It was once the tallest tower in the world at 97.5 m high and is one of the most famous images of the city and Andalusia. The tower is made up of two different bodies perfectly united, showing a perfect example of the great variety of cultures that exist in the city. We would like to remind you that we have the best guided visits to the Cathedral of Seville.

The visiting hours of the monument are:

The price is 9€ for adults; 3€ for students under 26 and pensioners. The visit is free for those born or resident in Seville city and province, unemployed people, disabled people, and an accompanying person, accompanied children under 16 years old and authorised groups.

In 1928 it was declared a National Heritage Site and in 1987 it was added to the list of World Heritage Sites.

You can not leave the Andalusian capital without visiting the city’s most emblematic monument! 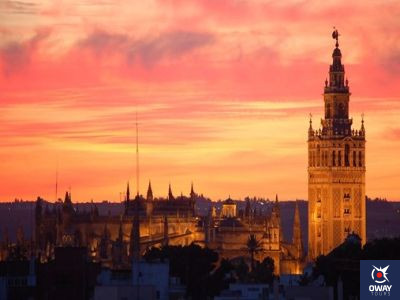 The Alcázar of Seville has always been used as accommodation for kings and high personalities. It is made up of various buildings from different periods. The original fortification was built on an ancient Roman settlement, later Visigothic and then became a paleochristian basilica. The Real Alcázar of Seville began to take on its present appearance after the city was taken by the Arabs in the year 713.

A stroll through the Alcazar Gardens can be one of the most unforgettable experiences of your visit. They are laid out in terraces, with green vegetation, a multitude of orange and palm trees, with fountains and pavilions where you can breathe freshness and quietness; a place to relax and rest in the hot city.The best way to get to know these beautiful gardens is with our guided tour of the Real Alcázar.

Declared a World Heritage Site by UNESCO, the Real Alcázar has also been the setting for several productions such as Kingdom of Heaven, Alatriste and Game of Thrones. 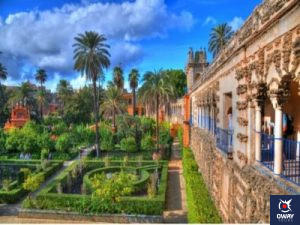 This is a watchtower located on the left bank of the river Guadalquivir, next to the bullring of the Real Maestranza. It is 36 metres high and consists of three sections. The first section, which is dodecagonal, was built between 1220 and 1221 by order of the Almohad governor of Seville, Abù l-Ulà. The second body, also dodecagonal, was ordered to be built by Pedro I the Cruel in the 14th century. Upper body, cylindrical and crowned with a dome, was built in 1760 by the military engineer Sebastián Van der Borcht.

It is said that it owes its name to the golden reflections produced by the tiles that covered it at the time. It was declared a historic-artistic monument in 1931. To complete your visit to Seville, we offer you our Free Tour. 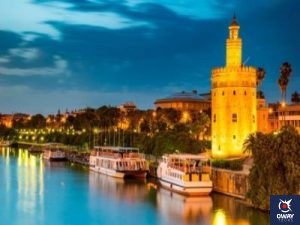