▷ All the Restaurants with ⋆ Michelin Stars in Marbella 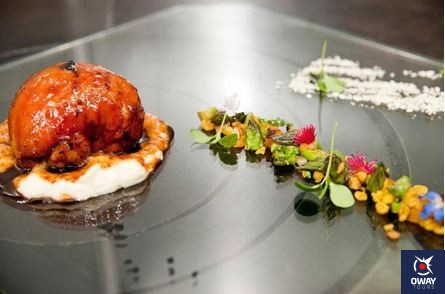 The Michelin Guide originated as an advertising tool in 1900 by the hand of André Michelin. It was originally given as a gift with the purchase of tyres, until its evolution gave it the distinction it enjoys today. It is a series of tourist guides produced by Michelin Éditions du Voyage and its international partners. This is the oldest European guide to the hotel and catering industry.

In recognition of certain outstanding gastronomic establishments, this group has been awarding 1 to 3 stars since 1920, based on the quality, creativity and workmanship of the dishes served there. Likewise, they can award from 1 to 5 cutlery based on the comfort and service provided to the client.

Marbella is well known for being the city of beaches, hotels, golf courses, clubs, international brand shops and other luxuries that flood much of its streets. Naturally, restaurants occupy a privileged place in this area and the Michelin Guide recognises the most important restaurants in the city.

In this blog, we present three restaurants that have Michelin Stars in Marbella, as well as three other establishments that have been awarded the distinction of Cutlery.

Skina has made it to the list of Michelin Star restaurants in Marbella and is the only one with 2 Michelin Stars. To find out more about it, go to Aduar 12, 29601.

The establishment stands out for its modest size. Being located in the heart of the old quarter of the city, its small streets limit the capacity of this establishment, but not the quality of its modern cuisine. Despite this peculiarity, the owner, Marcos Granda, says that “Skina stands out for what it has to offer”. And it is no less, as the increased number of tables gradually expanding its terrace confirms.

Mario Cachinero is the chef at the helm. Starting with traditional Andalusian dishes, the professional transforms the cuisine based on creative techniques and an excessive care for the base products of his elaborations, maintaining the essence of the authentic flavour.

The specials that can be found in this restaurant are ajoblanco malagueño, mackerel and coriander, sea bass, saffron and vegetables in their juice and the outstanding chocolate dessert. 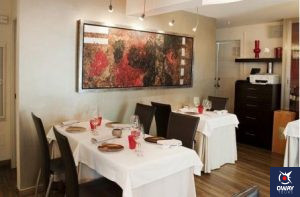 This establishment has 1 Michelin Star awarded on the occasion of the haute cuisine noted for its delicacy. Its recognition is also due to the peaceful atmosphere that pervades the place. The scenery is completed by the view of the lake from the pleasant terrace, which envelops diners in an atmosphere of pure harmony.

The professional chef in charge of the restaurant is Fernando Villasclaras. His creative cuisine stands out for the use of seasonal products from kilometre 0 that provide the basis for dishes with an Andalusian character. Its menu also has a differentiating feature, the Sazon tasting menu served at lunchtime. The raw materials used for this menu are characterised by reaching their optimum point of maturity, providing a more informal and ecological experience for the user.

It is open to the public from Tuesday to Sunday until 20:00 in the evening, remaining closed on Mondays. Prices range from 65 to 85 €.

After enjoying the delights of El Lago, complete your trip with our guided tours of Malaga. 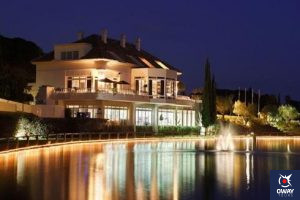 At Avenida Severo Ochoa 12, 29603, stands the latest Michelin Star restaurant in Marbella. The restaurant Messina was awarded the distinction of 1 of them due to its creative style of cuisine.

The Argentinian-born chef, Mauricio Giovanni, offers a unique culinary experience with his wife, Pia Ninci, who is also in charge of the dining room and sommelier.

His culinary work stands out for its blend of European, Latin American, Mediterranean and Lebanese flavours, creating harmonious and well-defined dishes. The chef realised the importance of the liquids that are part of the raw materials used, thus, all the juices and their respective elaborations, such as creams, are used to give rise to the final result of his work. Therefore, his cuisine is renowned for the use of these characteristic bases, as well as paying special attention to natural thickeners.

Salmon roe with concentrated celery juice, pigeon with mole or chocolate and nougat ice cream are some of the most outstanding dishes of his cuisine. 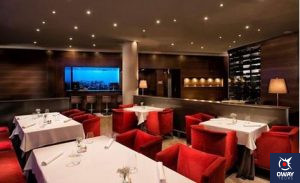 This is the beginning of the list of restaurants that have not been awarded with Michelin Stars, but have found their place in the Michelin Guide Spain through the recognition of Cutlery.

TA-KUMI is located at Gregorio Marañón 4, 29602. This establishment rises among the locals of Marbella under the recognition of 1 Piece of Cutlery. Its Japanese menu was brought to this city by its partners of Japanese origin.

Toshio Tsutsui and Álvaro Arbeloa are in charge of this task. These chefs prepare their dishes from the fusion of Mediterranean culture based on Japanese cuisine.

Undoubtedly, if one had to choose between the most outstanding dishes on offer, they would be California roll of tempura prawns and green asparagus, white fish sashimi, sea bass or sea bream teppan yaki, avocado futomaki or assorted tempura. Diners can also enjoy the elegance of haute cuisine on the terrace of the minimalist premises or in the comfort of their own homes, as they have a take-away service. In addition to the restaurants BiBo and Lobito de Mar, famous in the streets of Marbella, the renowned chef Dani García opened Leña, located on the boulevard Príncipe Alfonso von Hohenlohe, 29600. The famous chef defines his work in this restaurant as “elegance, know-how and technique. Innovation and revolution in a world that has hardly changed in Spain”.  This steakhouse establishment does not have a star either, but it stands out in the city for its high quality grill, appearing in the Michelin Guide Spain with 3 Cutlery.

Its cuisine translates into versatility and respect in which each and every one of the raw materials used as the basis of the dishes are treated. Among its most outstanding dishes with an international touch are Josper grilled meats, grilled meats, cuts of mature meats and yakipinchos, an innovation of the famous Japanese yakitori. It is also worth mentioning the restaurant’s selection of wines, which can be tasted outdoors on the restaurant’s terrace.

Join us to discover all the corners of the capital through our Free Tours in Malaga. 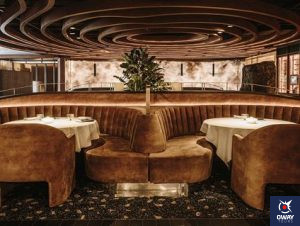 This elegant restaurant is located at Avenida Antonio Belón 4, 29602. Its modern fusion-style cuisine rests in a contemporary establishment that has not yet achieved a star, but has made its way into the Michelin Guide Spain with 1 Piece of Cutlery.

The signature cuisine of chef Fernando Alcalá, chosen as the chef revelation in 2019, revolves around ten cosmopolitan-style dishes. Even though the establishment has only recently opened, this professional chef is taking the city of Marbella by storm. Through the care of local raw materials and international-style technique, the chef aims to reach the top of the gastronomic world through the dedication and effort reflected in his dishes.

His seasonal menu features two tasting menus, sometimes accompanied by touches of Asian origin. Among its creations, the unrivalled cheesecake stands out, recognised in 2019 as the best in Spain at the 1st International Cheese Forum held in the Canary Islands. 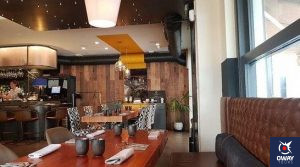