➤What to do in Granada at night? | OwayTours.com

Routes, visits and experiences in Ronda at night

The most romantic plans in Cordoba

Routes, visits and experiences in Granada at night 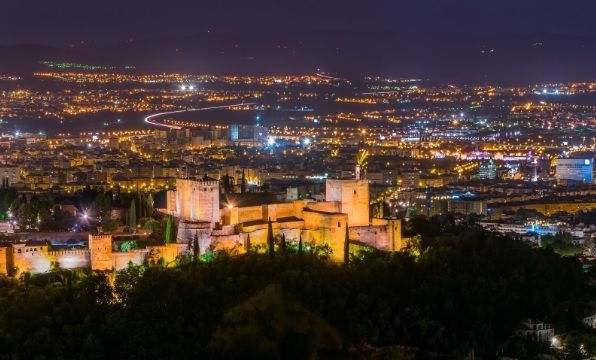 Granada is a cultural city, with many activities and sightseeing tours and many crowded terrace areas either by day or by night. If you have already fallen in love with this city during the day, get ready for the night. In this article, we will tell you the best plans to enjoy the night in Granada, keep on reading!

Route through the main neighbourhoods of Granada

The evening can be the perfect time to take a quiet, romantic walk through the most beautiful neighbourhoods of Granada. We recommend you to walk through the Albaicín, the Paseo de los Tristes, the Calderería and the area around the Cathedral and Plaza Nueva. The city will be much less crowded and thanks to the warmth from spring onwards, walking at night will seem like an ideal opportunity to enjoy the night breeze and a much more mysterious Granada. 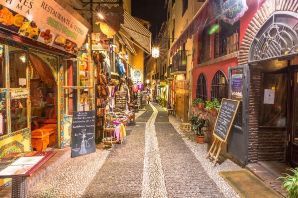 Tapas in Granada are a real reason to visit this wonderful city. Every time you go to a bar and ask for a drink, the waiters bring it with a tapa, but not a small tapa! They are really generous portions. The best areas for tapas during the day and at night in Granada are the streets Gonzalo Gallas and Pedro Antonio in the Camino de Ronda; the area of the Plaza de Toros; the street Navas, in the heart of Granada; San Nicolas in the Albaicin; and the area of the Cathedral, like the Marqués de Gerona or the Plaza de la Romanilla. Try the chicken teriyaki from Entrebrasas, the Moorish skewer from La Bella y la Bestia, the meatballs from Los Manueles and the fried fish from Los Diamantes. After this, you’ll want to have dinner in Granada every day of your life! 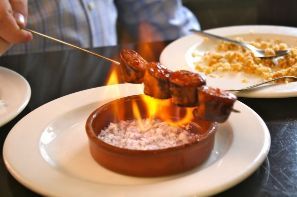 The Mirador de San Nicolas is a must-see in your visit to Granada.The walk can be a little exhausting, but the views are certainly worth the effort. From there you can enjoy a beautiful view of the Alhambra and the Sierra Nevada mountains in the background. The best time is just before sunset, so you can see the sky turning into orange and pink and then see how the Alhambra is lighted up at night. You won’t regret it. 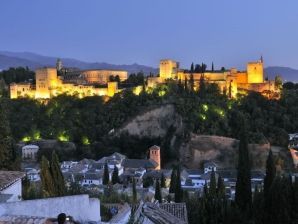 The Alhambra under the stars

The Alhambra is a monumental complex built over an Andalusian city-palace. It is considered one of the wonders of the world and millions of people from all over the world come to visit it every year. However, the tickets are easily sold out and if you go at rush hour, you will have to wait long queues to get in, but what if we told you that you could visit the Alhambra at night? In the evening there are far fewer people, the tickets can be bought online for only eight euros and plus, you can enjoy the lighting, the sound of the water, the smells and the mosaics in the stillness of the night. Visiting the Alhambra under the stars will not leave you indifferent. 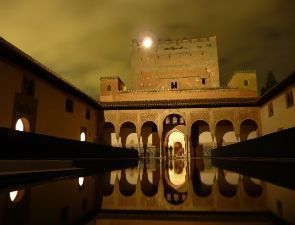 Enjoy a show in the cradle of flamenco in Granada! The caves of Sacromonte were the old homes of the gypsy families of Granada and nowadays, many have been rebuilt to celebrate zambras (a flamenco show) at night, where you can see live dance and music shows. We recommend you the Zambra of Maria La Canastera, where you will fall in love with the art of the dancers, the cante jondo (deep flamenco singing) and the passion they put into it. It is an experience you can’t miss! 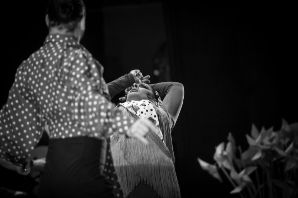 Granada is a very vibrant city both by day and night. The terraces, bars and pubs are always filled with people enjoying a drink, a beer or a live music show.

One of our favourite areas is the Paseo de los Tristes. From the terraces there you can enjoy magnificent views of the Alhambra and a very peaceful atmosphere.

In addition, Granada has the most diverse and peculiar bars. The area of Doña Elvira, Reyes Católicos and Pedro Antonio de Alarcón are key areas where you can find the most curious bars. From bars and pubs, to discotheques and live music places, there are plans for all tastes! 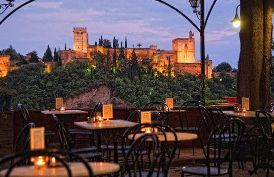 In Granada there is a great cultural offer. There are about eight large theatres where classical plays, more alternative currents, musicals and flamenco shows are performed. The main theatres include La Chumbera, Espacio V Centenario and the Teatro Alhambra. Enter the current program and book your tickets!

If you are a film lover, Granada has three large cinemas where commercial films are shown: the Cinema 2000 Megarama, the Cinema Serrallo Plaza and the Cine Madrigal. If you like auteur cinema or movies in original version, Granada also has many options for you. Take a look at the Aula Cine, the Cine club of the University of Granada, the Entresuelo cinema and La Expositiva. 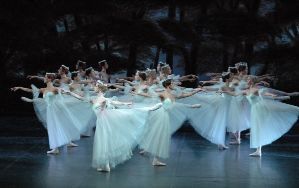