The Feast of the Assumption of the Virgin in Seville | Owaytours.com

5 plans to do All Saints’ Day in Seville

The Assumption of the Virgin in Seville 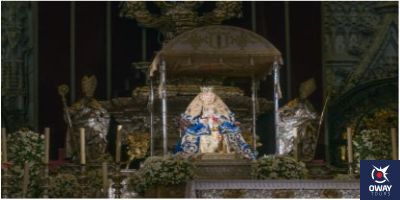 This Christian festival is celebrated on August 15th throughout Spain, commemorating the ascent of the body and soul of the Virgin Mary, mother of Jesus Christ, to Heaven. Many places have the Virgin of the Assumption as their patron saint, an image to which they have a special devotion and in which the locals take refuge. Seville is a clear example since 1946 when the Virgen de los Reyes (Virgin of the Kings) was named the Patron Saint of Seville and of the whole Archdiocese. Even so, the devotion to this image goes back many centuries, so we invite you to continue reading to learn about this centenary devotion.

In the history of this venerated image, history and legend are intertwined, as there is a belief that it was carved by the angels themselves. There is also talk that it was Fernando III of Castile who donated it. However, the theory that makes the most sense is that it was brought to Seville Cathedral by Alfonso X el Sabio.

This image is by an anonymous author from the 13th century, its model is in the Gothic style and is attributed to the French school. Such is the devotion to it that it was the first image to be canonically crowned in Andalusia in December 1904. 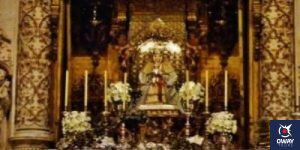 The day of the Assumption in the capital begins with the opening of the doors of the Cathedral of Seville at around five o’clock in the morning, in the middle of the night, so that anyone who wishes can venerate the Virgen de los Reyes. Hundreds of people from other parts of the province will arrive to celebrate different Eucharists which are held from 5:30 onwards.

At 7:30 the Virgin will go in procession through the streets of the centre of Seville, when the sun begins to rise between the roofs and caresses the face of the patron saint as she leaves through the Puerta de los Palos.

The Cathedral of Seville is not only the largest Christian temple in the city, but it is an essential place when visiting Seville, Seville Cathedral Guided Tour is one of the best ways to discover it. 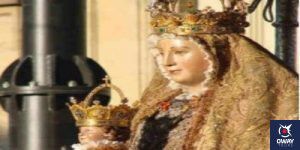 A tradition with so many centuries of history has many interesting features that make it unique. The programme for this 15th August has been unchanged since time immemorial. 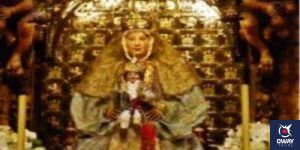 The images of the 13th century, and especially under the reign of Alfonso X, were characterised by the desire to come to life, which is why it has been discovered from Gestoso’s study that the Virgin is made up of a mechanism that allows her to move her arms and head, and even to bend her knees allowing her to stand up.

Nards for the Virgin

Every year, the silver step of the Virgin wears the same floral decoration. It consists of a thousand sticks of nards that have been placed in the “ramitos” (little children) throughout the night. 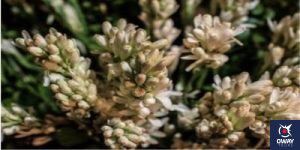 In addition to the different Eucharists that are celebrated in the early morning in the Cathedral, at 9:30 a.m. and after the procession outside the main temple, the seasonal mass is celebrated at the Jubilee Altar. 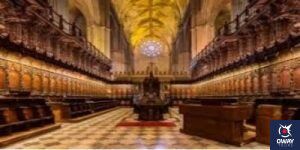 These children are responsible for opening the procession of the Virgin of the Kings on August 15th, hence the name: “arrancar” (start) the cortege. They wear overalls and red dawn that reaches their knees. The most characteristic element is the helmet they wear on their heads, which was created to protect them from candle wax in the 17th century. 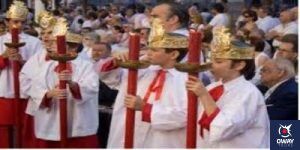 On 14 August at 9 p.m., the Vespers concert is held in the Plaza Virgen de los Reyes by the Seville Municipal Symphonic Band. In this concert, pieces dedicated to our country will be performed, such as Claude Debussy’s Petite Suite or Édouard Lalo’s Spanish Symphony. 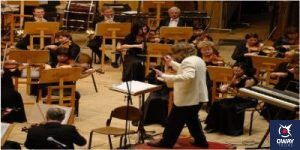 There are many extraordinary outings that this image has made throughout his history. The history books record that in 1521 he had already crossed the bridge of boats to beg for the end of the drought. 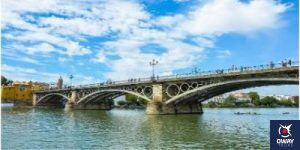 After the procession, the Sevillians come to have breakfast in the cafeterias and bars in the area of Avenida de la Constitución and the Arenal district. As it is a public holiday, all the families take advantage of the occasion to spend a spectacular day in the streets of this incredible city. To end this special day for the people of Seville, it is traditional to buy the so-called Sagrada Forma cut-outs in the convent of La Encarnación. Finally, another place that you can visit without leaving the historic center is the Alcázar of Seville, a magical place for which we recommend the Guided tour of the Alcazar and the Seville Cathedral, you will love it.

We look forward to your visit on this special day, don’t miss it! 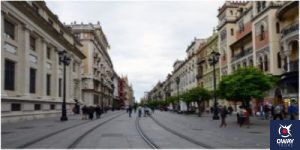