The medieval experience in the Almodóvar Castle - Oway Tours

The medieval experience in the Almodóvar Castle 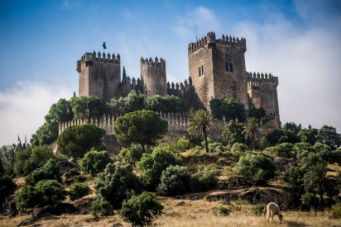 The imposing castle of Almodovar stands majestically on the hill of the homonymous town, Almodovar del Rio. With a Roman and Arab origin, the mixture has given rise to a Gothic-Mudejar castle.

Its walls enclose legends, stories of dungeons and the soul of medieval times that you can live through the activities organized in the castle.

Do you want to know some curiosities about the castle? We take you on a journey through one of the most famous fortresses in Spain, come with us!

In the year 760, this castle of Roman origin became the standard-bearer of the Moorish era. During the Middle Ages, it underwent several renovations and reconstructions.

It was restored and enlarged by Alfonso XI (the Just) in the 13th century and then Pedro the Cruel who, as a curiosity, also built part of the Alcazar of Seville.
Recently the castle was rebuilt in the early twentieth century by the then owner, the Count of Torralva, and his architect friend Adolfo Fernandez Casanova (who restored the Cathedral of Seville), managed to restore the building with no more and no less than 800 workers who took 36 years to complete the project.

Neither of them lived to see its completion, and who knows what the Count’s total financial investment was, but they saved the castle for future generations.
Today, after so many different additions and renovations, the style of the castle is Gothic-Mudejar. A mixture that undoubtedly represents the soul of Cordoba.

A curiosity? In this Castle overlooking the Guadalquivir some scenes of the well-known series ‘Game of Thrones’ were filmed in 2016. It became Highgarden, cradle of the ancestral house Tyrell.

Visiting the castle means immersing yourself in the most medieval soul of Cordoba, and you can learn all the stories that enclose its walls.
Once inside, you can see arsenal exhibits and 3D documentary screenings.

The castle, which is still privately owned, has three towers: Square, Round and Homage. The views are breathtaking, offering a panoramic view of the landscape of the area.

You can eat in the Taberna inside the castle, which has two outdoor areas: a courtyard with trees and a terrace overlooking the Guadalquivir. A real luxury.

Price and visits to the Castle of Almodovar

When organizing your visit to the Almodovar Castle you can choose between a more individual and free visit or a cultural guided tour in groups. Although prices vary according to age, the audio-guides (available in 4 languages: Spanish, English, French and German) are completely free for all visitors.

For free visits the general adult pass (from 13 to 65 years old) is 9 euros, students pay 8 euros; and for pensioners (over 65) the entrance fee is 7 euros. As for children between 4 and 13 years, your ticket costs 5 euros except for those who have the card of the Band, for which access to the castle will be free. Children under 4 years of age will also be admitted free of charge, with no need to make a reservation. In the case of large families, the entrance fee per adult is 8 euros, while children (from 4 to 13 years old) will only pay 4.50 euros. 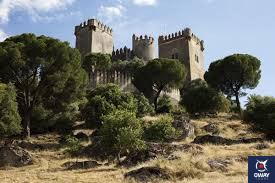 On the other hand, guided tours are organized in groups of less and more than 25 people. Both groups are charged a supplement of 75 euros, which is divided among the people attending the guided tour.

In any case, the entrance for children under 4 years is completely free.

The opening hours of Almodovar Castle may vary depending on the time of the year you visit. 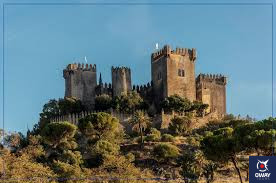 In addition to the visit to the fortress, the surrounding area also offers a gastronomy, landscape and customs that are worth getting to know.
The surrounding area is popular for hunting and hiking, so the local gastronomy is based on rabbit and quail, as well as gazpacho and salmorejo, bean stew, migas, meatballs in ham broth, asparagus and cardoon stew. Sweet delicacies include coconut and wine meringues.
The town’s main festivals are the Virgen del Rosario in the first week of October, including the fair; Cruces de Mayo in early May; and the Romería de la Virgen de Fátima on the second Sunday in May.

Activities in the castle

On the official website of the castle you can find the activities that take place there: from medieval lunches, medieval combat training and guided tours so you do not miss a single detail.
A particularly curious activity is the guided tour they offer: ‘Black Moon’. A thrilling visit through the paranormal phenomena and legends of the castle. They say that many left the castle, but others stayed forever, and today you can hear their echoes. Chilling, isn’t it?
As you will see, this visit helps you to broaden your vision of the city of miscegenation and light par excellence, and to know the most medieval side of Cordoba. Are you going to miss it?