▷The 6 Most Photogenic Places in Seville - Oway Tours

The 4 Best Sunsets in Córdoba

The most photogenic places in Seville 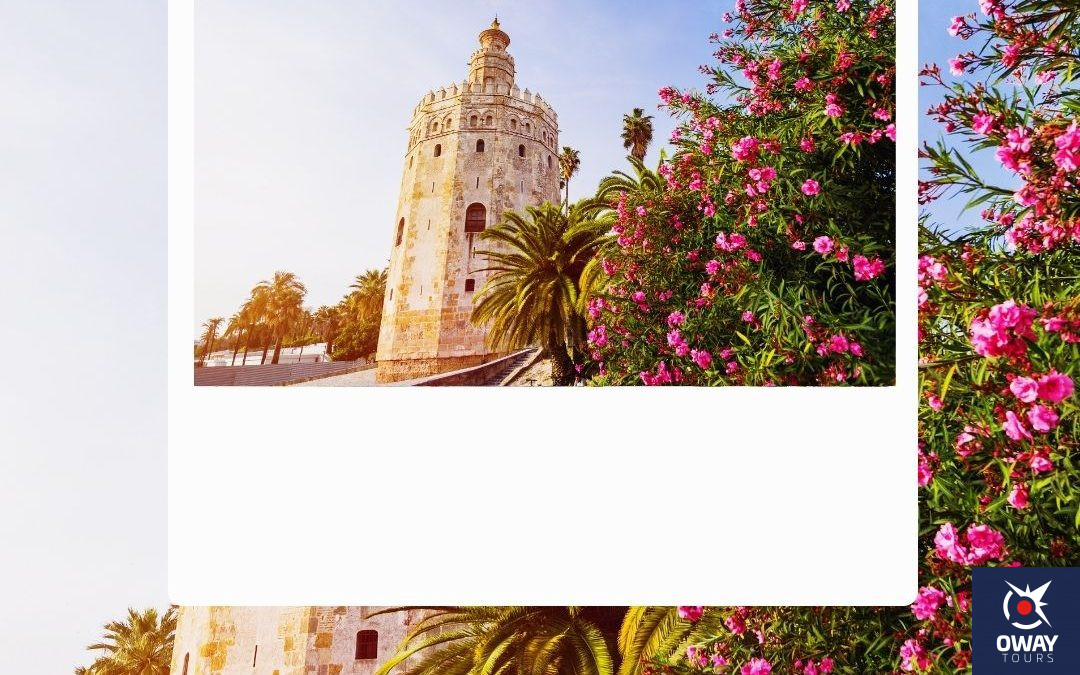 Nowadays almost everyone has a smartphone with a good camera that accompanies us on all our travels. Trips that, of course, we have to immortalise in some way. There are more and more accounts created on social networks such as Instagram or Facebook in which we see photos of beautiful places with incredible views.

It is not only a place of important historical and artistic value, it is also one of the most photographed monuments in the city, and no wonder! It has an infinity of corners that will be the perfect backdrop for your photos and so you will always remember this place. It has also been used as the set for several films.

The Plaza de España is located in the Parque de María Luisa and was built by Aníbal González in the 20th century for the Ibero-American Exhibition of 1929. 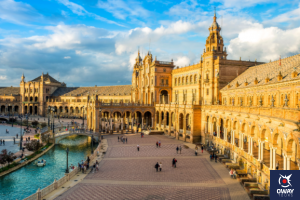 Located in the heart of the city of Seville, it is one of the oldest palaces in use in the world. It dates back to the 11th century, and was commissioned by Abd Al Raman III.

The combination of its gardens and halls makes this monument one of the favourite places to immortalise moments and upload them to social networks.

As if that wasn’t enough, it was used as a filming location for the Game of Thrones series in its fifth season. An incentive for fans of the series, making it one of the places with the most presence on Instagram. 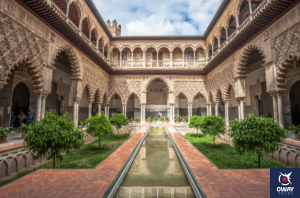 If you have in mind to take some pictures of picturesque places, hidden squares, enigmatic streets and at the same time enjoy different perspectives of the Giralda, the Barrio de Santa Cruz is your ideal place! Located in the centre of Seville. This neighbourhood is also known as the Jewish quarter, since, as you may have guessed, it was in this area where the Jews lived before they were expelled in 1483.

A neighbourhood full of narrow, Instagram-worthy streets with which to succeed.

As a curious fact, it is in this neighbourhood where Tirso de Molina placed all the amorous adventures of the character Don Juan Tenorio. In fact, in the Plaza de los Refinadores, you can see a statue of Don Juan Tenorio. 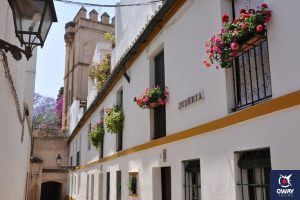 An iconic monument of Seville, we can see hundreds of postcards with the Torre del Oro on the banks of the Guadalquivir River and the Triana Bridge in the background. All these factors mean that in a single location, we can photograph three of the most representative and photogenic elements of the city.

The Torre del Oro dates back to the 13th century. This 36-metre high tower is located on the Paseo de Colón, on the left bank of the Guadalquivir River, which gives it privileged views of the Triana neighbourhood.

The Torre del Oro is the perfect place to take the best photographs both during the day and at night.

The exit door of the Alcázar of Seville, it has an extension of 1441 square metres. This is probably the place from where you can take the best pictures of the emblematic monument of the city: La Giralda.

La Giralda is the name that the tower of the Cathedral is popularly known in Seville because of the statue that crowns it, known as the Giraldillo.

Also known as Metropol Parasol, it is a wooden and concrete structure located in the central Plaza de la Encarnación.

This place, not only has a structure that deserves to be photographed because of its unique design, it also has a viewpoint from which we can take pictures with Seville from the heights as a backdrop. Making it an obligatory stop if you want your photos to be one of the most popular on social networks. 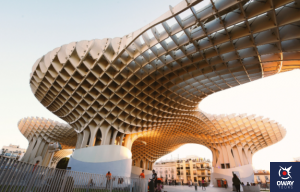 These are the most photogenic places in Seville, a city that doesn’t need filters!

If you want to enjoy the city of Seville and visit all these places, at Oway Tours we have the best guided tours, check them out!