Tips to Spend an Unforgettable Christmas Holiday in Granada

5 Plans to do in Cadiz on a rainy Day

What to Visit in Seville at Christmas

Tips to spend an unforgettable Christmas holiday in Granada 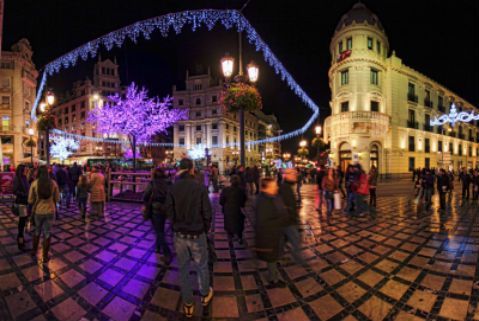 Granada has an even more special colour at Christmas. A time of the year that surrounds the city within the contrast between the lights and its millenary history. Lose yourself in the Christmas  stands accompanied by the magic of Granada, walk around the Nativity Scenes with the little ones, feel the excitement with the parade of the kings or welcome the New Year with a walk in a natural environment like no other. These are just some of the things you can do to spend an unforgettable Christmas in Granada.

The best thing of all? The unparalleled setting of a city which essence is the contrast between cultures and the echoes of an ancient architecture that has placed the city at the top of the UNESCO World Heritage list. As you can see, an indispensable experience.

What does Granada offer at Christmas?

From enjoying the monuments with the magic of the Christmas essence, to walking quietly through everything the city has to offer at this time of year. Festivals and cultural celebrations are a non-stop in the city. Granada is also getting ready to make the real protagonists enjoy themselves: the little ones in the family. With a wide range of cultural and gastronomic offerings, as well as the respite provided by tourism, it is a perfect destination to enjoy as a couple or with the family.

Christmas: What to do in Granada?

Gastronomy without a break

Get ready to put one more hole in your belt. The nuns’ Christmas sweets, the famous “churros” with chocolate from the legendary “Café Fútbol” or the famous “tapas” are a temptation that is almost obligatory to fall into. 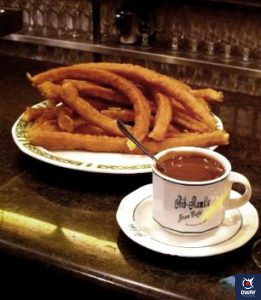 Every year the corners of the city are filled with nativity scenes that hope to win the prize for the best scene; although, winning this prize is not the main goal of the conquest. The most important thing for the contestants and its visitors is to offer a new air to the city.

Markets, the essence of Christmas

Did you know that the largest market in Granada has more than 70 stalls? In Bib-Rambla Square you will find everything from handicrafts to sweets that only come out of the cloistered convents at Christmas.

New Year’s Eve to the rhythm of music and tradition

And how to forget about New Year’s Eve, one of the main celebrations: every year the people of Granada gather in the Plaza del Carmen to celebrate the New Year to the sound of bells and improvised music. Because if there is one thing that Granada has thanks to its musicians, it is bohemian vibe.

On Christmas Eve and Christmas Day, activities for children are celebrated everywhere in the city: from seeing the famous tree in Plaza de Humilladero to seeing Santa Claus up close and leaving him a letter with your wishes. Another option is to visit the impressive Science Park. 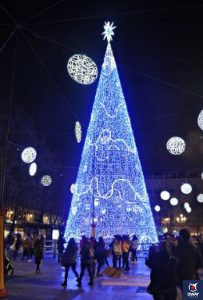 The Three Kings, a date with the parade

A must-see during this holidays, provided with the oldest parade in Spain: colour, history and celebration mixed for a night in Granada, not only for children.

As a gift – or not – for Christmas, there is nothing better than a guided tour to discover the secrets of Granada – those that do not appear in the paper guides and that you will learn thanks to a local guide. During these guided visits you will have the opportunity to learn everything about the worldwide known Guided Tour of Alhambra, the Royal Chapel and Cathedral of the city, the quarters of Albaicin and Sacramonte or even enjoy a free tour around Granada.

Shows such as the famous New Year’s concert in the Manuel de Falla Auditorium or the musicals in the Palacio de Congresos, enliven the city’s varied cultural offerings, including, of course, flamenco shows on Christmas Eve or New Year’s Eve, for example.

In short, Granada is transformed at this time of year, to bring back a magical setting, where the warmth in the atmosphere gives a rest and wraps the city in the cold of Christmas. Whether you are looking for a romantic getaway or magical holidays to enjoy with children, Granada is a destination that never disappoints, but even more so at this specific time of the year.