▷ What to see in the Albaicín neighbourhood | OWAY Tours 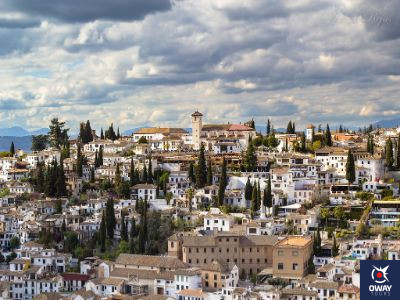 Are you in Granada and don’t know what to do and where to go? Don’t worry because we have the solution in this blog. Albaicin is one of the most important and oldest neighborhoods of the city of Granada and it is also one of the most beautiful, and it is the one we are going to talk about and discover more about it.

The Albaicin neighborhood of Granada has been very important during the whole Muslim reign in the Iberian Peninsula but especially during the last years of the Nasrid reign in Granada. In these last years, the population was more than 40.000 inhabitants, and they also had many mosques. Nowadays you can visit some of them, which we highly recommend as they are beautiful.

To see this fantastic neighborhoods we always recommend you wear comfortable clothes, because in this neighborhood there are a lot of slopes and cobblestone streets, which will probably make you sweat. To see the whole Albaicin neighborhood will probably take you a whole day or two, depending on how quickly you want to see each place.

Here are the 5 places to see in the Albaicin neighborhood. Also, if you want to visit this beautiful neighbourhood in the best possible way, with our Guided Tour Albaicín and Sacromonte you will experience the best possible sensation and learn a lot from the best guides in the city. We also have our Free Tour Granada if you want to see more of this fantastic city, with our guides who will show you all the highlights of Granada.

One of the most surprising and beautiful places in this neighborhood. The Great Mosque of Granada is located in a spectacular place, right next to the Mirador de San Nicolas. It is not as famous as this viewpoint, but it also offers unique views that will make you take out your camera, as you will be able to see the Alhambra and Sierra Nevada. What’s more, if you like to be quieter and with less people around you to enjoy these views, we recommend this place rather than the viewpoint itself, as it is much less crowded.

This mosque is an Islamic temple that opened its doors in 2003, being the first mosque to be built in Granada 500 years after the Arab reign. Inside we can see 3 elements: the gardens, the prayer hall and the Centre of Islamic Studies.

It is a place we recommend you to visit as not many people know about it and it is, so to speak, a hidden place in the city of Granada. 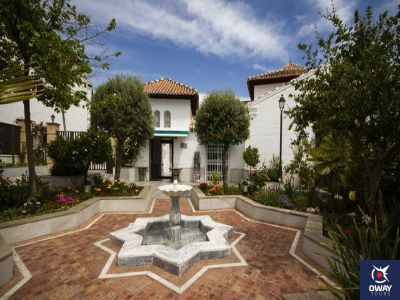 This square is one of the perfect places to rest after a good walk through the Albaicin neighborhood. Here you can stop for some of Granada’s famous tapas, as there are a large number of bars and restaurants, so you can enjoy Granada’s gastronomy, which is undoubtedly exquisite.

Here you will also discover one of the most beautiful churches in the Albaicin quarter, the church of María Santísima de la Aurora y San Miguel Bajo, which was consecrated as a parish church in 1501 on the remains of an old Arab Mosque. The church has a Mudejar style with Renaissance touches and is also home to one of the most famous and popular Holy Week brotherhoods in Granada, “La Cofradía de la Aurora”. You can also climb its tower for spectacular views, although you have to pay 2 euros to do so.

The square is ideal as we have said to take a break and eat, so don’t hesitate to go there after visiting all the other places that we will advise you in this blog. 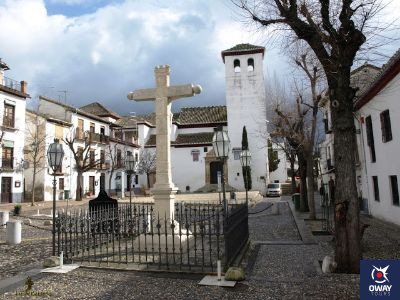 Palace of the Cordova family

A place that unfortunately is not very well known by travelers, but it is undoubtedly one of the most beautiful places in the city of Granada. This place is the Palacio de los Cordova (yes, that’s with a v). It was built between 1530 and 1592 in the Placeta de las Descalzas and in 1960 it was moved to the Cuesta del Chapiz which separates the Albaicin and Sacromonte.

The Palacio de Los Cordova has an incredible historical architecture, being one of the most spectacular buildings in this respect. With its Renaissance façade and its interior with Gothic and Mudejar style elements, it is a very impressive combination.  In addition, also around it we can find beautiful gardens that currently function as a reminder of the Arab history and celebrations of great events.

If you want to visit this palace, admission is completely free and opening hours are from 10 am to 6 pm from Monday to Sunday. 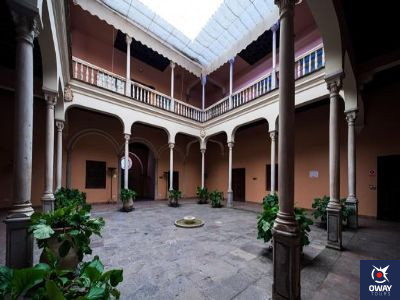 In the heart of the neighborhood, between winding alleyways leading down to the Darro and with the silhouette of the Alhambra in the background, is the Nasrid house of Zafra. It was built in the 14th century by an important family of the Nasrid kingdom, and served as a refuge for all the Muslims who were being banished from the Albaicin.

Nowadays, however, you will find the Albaicin Interpretation Centre, where you will find a lot of information and data about its history and its great value in Arab times.

This place is perfect for those who want to learn about the Nasrid past of the neighborhood, so we recommend it as it is a good place to start discovering the neighborhood. The entrance fee to the Casa de Zafra is 3 euros per person and the opening hours are from 9:00 to 14:30 and from 17:00 to 20:30. 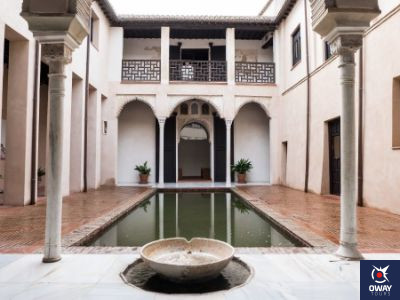 The Parish Church of San Pedro and San Pablo has a Mudejar and Renaissance style and was built in the 16th century between 1559 and 1567. The mosque of Los Baños, which was founded as a parish church for Christian worship in 1501, was demolished in 1559 in order to build the present church. Also, the church was completed in 1567. The sacristy and tower had to be rebuilt between 1580 and 1593. It is one of the historic churches in the city of Granada that receives a large number of visitors every year due to its location.

This place is also perfect for those who like Holy Week, as it houses 3 brotherhoods, the most impressive procession being “El Silencio”, which takes place on Maundy Thursday.

Also, on the same street but opposite the church is the Archaeological and Ethnological Museum of Granada, which if you have time is a visit that many people like and is highly recommended. 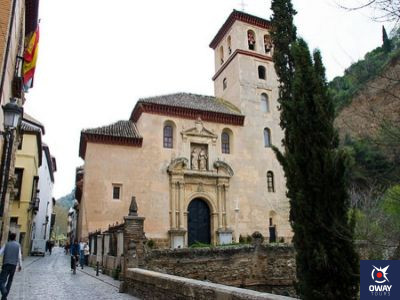