5 activities to do with children in Seville

5 Reasons to visit Granada in Autumn 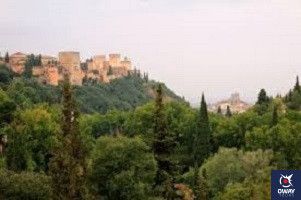 If you are lucky enough to have a few days off in autumn and decide to invest them in visiting Granada, you will be able to get to know one of the best faces of the city and enjoy one of the most beautiful cities in Andalusia with clm. The milder temperatures and the lower number of travelers will be a good start to an unforgettable getaway. We tell you some of the best plans you can make on your trip to Granada in autumn.

A visit to the Alhambra cannot be missed on any trip to Granada, but autumn is the ideal time to visit this World Heritage Site, as the Alhambra site does not only include the Nasrid Palaces and the Generalife Gardens included in the entrance ticket, but is also a huge area with pleasant walks through urban forests, perfectly preserved medieval walls and gates, visitable towers and buildings that are well worth a visit, such as the Palace of Charles V. Why not spend a whole day getting lost on the hill of the Alhambra (the “red castle”) and discovering all its corners at your leisure?

Autumn is the best time for a walk in this beautiful forest that surrounds the palatine city of the Alhambra and that from the valley occupied by the current Granada runs towards the hill occupied by the Alhambra. It is one of the most beautiful and romantic walks you can take in a city that already invites you to stroll around. This pedestrian access to the Alhambra enclosure is surprising because of its vegetation and the history it treasures, since it was part of the Moorish citadel since its construction and the spectacular views of the fortress and the towers of the Alhambra that can be seen during the tour we must add the monumental doors, squares and fountains that adorn the route.

Only if you visit Granada in autumn you will have the opportunity to see the traditional Autumn Fruit Market which is organised every year at the end of September in the area of Puerta Real and the Fuente de las Batallas, in the city centre. A real showcase of smells and flavours where you can taste traditional Granada sweets (such as the Tortas de la Virgen, among others) as well as acerolas, quinces, khakis, pomegranates, winter medlars and an endless number of nuts. A highly recommended plan also if you travel to Granada with children.

Enjoy a bath in a Hammam

The thousand-year-old tradition of the hamman (the Arab bath) has been recovered in Granada, offering an ideal plan for the days of autumn. In a calm and silent atmosphere but conserving the good taste inherited from Al Andalus, spaces are created for relaxation and bathing in its pools at different temperatures, where you can enjoy a moment of calm and get the strength to continue discovering the city. Granada has a wide range of Arabic baths, but for its location and architecture we recommend the Hammam Al Andalus.

The Cathedral and its surroundings

Granada’s Renaissance cathedral is a must on any visit to the city. In the Capilla Real is the tomb of the Catholic Kings, who decided to be buried in Granada after completing the conquest of the peninsula when they defeat the Muslim empire in 1492. But not only the interior is worth a visit. Both the monumental exterior and the streets around the Cathedral offer us their best version in autumn to visit them without hurry: both the happy streets of the Alcaicería with its picturesque shops and the surroundings of the Plaza de la Romanilla and its small spice stalls invite us to walk around and enjoy them now that there are fewer tourists.

If you have a little more time on your visit to Granada, why not spend a morning in the Sierra Nevada? The Sierra Nevada ski resort is located about 40 minutes from Granada city by road.

In autumn the temperatures are pleasant, you can see the first snowy peaks (in Sierra Nevada is the highest peak of the peninsula, the Mulhacén) and there are paths to practice trekking. It is a highly recommended plan to travel with children, who enjoy the chairlift ride and the many activities organized for them in the area of Prado Llano. 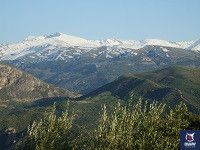