The best viewpoints in Cádiz

Where to Store Luggage in Malaga

6 Cheap plans to enjoy in Ronda 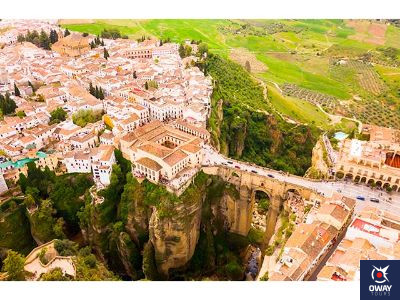 The province of Malaga has many activities to do in which you can discover small villages which are full of culture, traditions, and small corners, we are referring to the city of Ronda.

If you are interested in finding out about plans for your visit, read on!

Our first stop is the Municipal Museum of Ronda, also known as the Palace of the Marquis of Villasierra. This palace has a legend in which it is said that the building was the residence of the great king Abbel Malik, son of the Moroccan sultan Abul Asan.

This museum includes permanent collections that offer the history of the region, supporting the archaeological research carried out in Ronda so far in the territory.

The price of the visit to this palace is 3,5€, but for groups, students under 26 and pensioners the price is reduced to 2,75€. Besides, there is one day of free entrance! On Tuesdays you can enjoy the palace free of charge from 15.00 for all EU citizens. 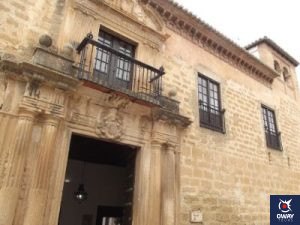 Almocabar Gate and the Arab Walls

We continue our walk along the Ronda City Wall where you can see the Arch of Christ and the Almocábar Gate, the Gate of Molinos and the Gate of the Images.

In the southern part of the wall is the Almocabar Gate, built in the 13th century. Over the course of time, it has been given different names such as the Ximena Gate, the San Francisco Gate or the Caños Gate.

The Almocábar Gate gives access to the Espíritu Santo quarter and to a triangular square, where the old Calle de las Imágenes begins, which passed under a tower and was the only entrance to the Muslim medina, with a drawbridge and rake. With the passing of time, another access body was added with a Renaissance-style crenellated main gate, over the semicircular arch you can see a large royal coat of arms.

Between the walls and gates of the Cijara there is a double defensive line that housed the Islamic suburbs of Ronda. 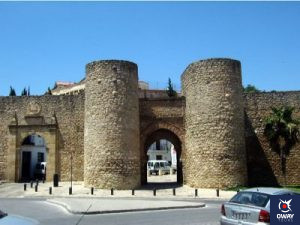 Strolling through the streets of Ronda you will come to one of the most spectacular places in the city. This is the New Bridge. It is striking because it crosses the valley and connects the old part of the city with the new one.

The bridge has several viewpoints from where you can enjoy the magnificent sunsets.

We travel to the Arab baths of Ronda or the hammam, one of the best preserved in the Iberian Peninsula. Located next to the Arab Bridge and the San Miguel quarter.

They were built next to the Arroyo de las Culebras, as it was a perfect place for water supply. They date back to the 13th-14th century AD and consist of three areas: the cold, warm and hot baths, together with the boiler room and the reception area.

During the last interventions, the remains of the latrine and the old stairs leading to the bath reception were uncovered.

You can access them on Thursdays, Fridays, and Saturdays from 10.00 to 18.00 for only 3,5€. To complete your visit, you can take a guided tour in Ronda with our best guides. 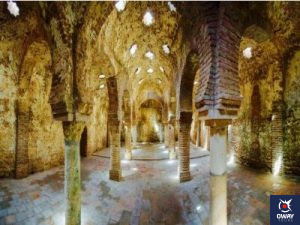 An Unusual Visit: The Bandolero Museum

Strolling through the streets of Ronda, you will come across the Museum of the Bandit, one of the most interesting places in Ronda as it is considered an essential stop where the history of banditry in Andalusia is told.

Composed of five rooms, you can find some 1,390 objects including books, weapons, documents, costumes, engravings, films, etc. and learn about the most famous bandits such as the Tragabuches, the Tempranillo, Diego Corrientes, among many others. We would like to recommend our guided visits to the monuments of Ronda.

This very special museum is open every day of the year at an individual price of €3.75, and for seniors, young people, and groups for only €2. 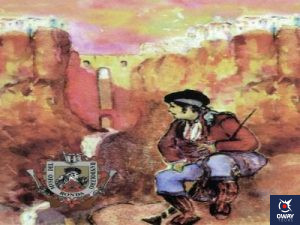 The House of the Moorish King

To end our tour, we will finish at the Casa del Rey Moro (House of the Moorish King). This is a unique monumental complex, key to learning more about the history of the Reconquest and the defence of the city.

The Water Mine, the House, and the Garden form part of the complex. Today, two of the three elements can be visited. One of the areas you can enjoy is the Water Mine, which takes advantage of a natural crack hidden in the wall of the Tagus. A visit to it offers a unique route down to the bed of the Guadalevín river.

Another of the parts that you will be able to see is its Garden which combines the influence of the classic Hispano-Muslim garden. Adapting to the unevenness in which it is located, designed with three terraces. It gives rise to viewpoints overlooking the Tagus and the mountains.

Visits to the house can be made with audio-guides who will tell you the history of this magnificent place, the price is 7€. 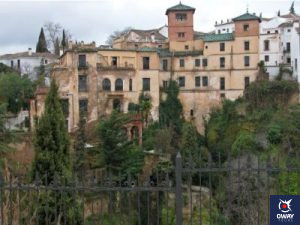