What are the best nightclubs in Cordoba? 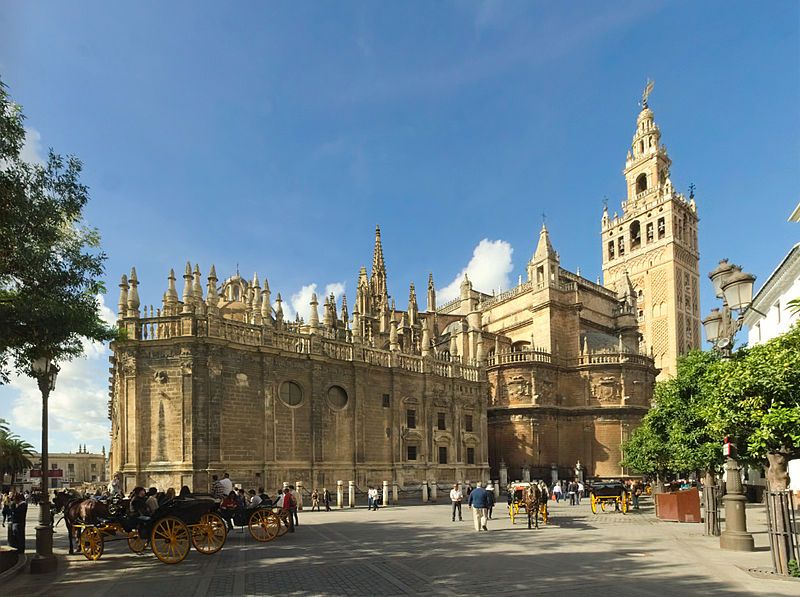 Andalusia, the Southernmost region of Spain, is one of the most fascinating places you can visit in the Iberian country. It is indeed home to many of the iconic cultural elements that make Spain stand out from the rest of Europe. Most of the iconography you tend to associate with this country probably belongs to this specific region. Flamenco, bullfighting, a laid-back way of living… all this is pure Andalusia.  The list of Andalusia destinations to visit is virtually endless, but we are here to help you find the top 5 best cities you definitely can’t miss.

This charming town located at the foot of the Sierra Nevada mountains is not only home to the Alhambra but to many other cultural attractions that make out of this destination one of the favourites among tourists around the world. It boasts numerous neighbourhoods equally picturesque but if you want to experience the most authentic Andalusian flavour, opt for El Sacromonte and El Albaicín.

The city is also one of the top Andalusia destinations for tapas lovers: they come for free with every drink you order! They normally are pretty generous, so after two or three beers or glasses of wine, you would have probably had a proper lunch. There is no doubt that Granada is one of the top 5 best cities you can visit in Andalusia.

The southernmost large city in Europe lies on the Costa del Sol, and its history spans about 2,800 years, making it one of the oldest cities in the world. In contrast, nowadays is considered one of the most modern and trendiest cities in Andalucía.

Boasting more than 30 museums, some of them of international relevance, such as the Picasso Museum, the Carmen Thyssen Museum or the Pompidou Centre, it has become one of the most important cultural destinations in Andalusia. To this, we have to add the historic landmarks that the different civilizations have left in the city: the Roman Theatre, the Alcazaba and the Gibralfaro Castle.

Oh, and don’t forget to enjoy some nice espetos (skewered sardines) by the beach!

Founded more than 3,000 years ago by the Phoenicians and located on a narrow piece of land surrounded by the sea‚ Cádiz is a typically Andalusian city that boasts many well-preserved historical landmarks. It was impossible not to include it in our list of top 5 cities to best in Andalusia.

The older part of the city, commonly referred to as the Old Town (Casco Antiguo in Spanish), with the remnants of the city walls, is characterized by the antiquity and charm of its various quarters (barrios), among them El Pópulo, La Viña, and Santa María. Thanks to its southern location, the weather in Cadiz is generally good throughout the year.

One thing you should not miss in Cadiz is watching the sunset from La Caleta beach, truly spectacular. And if you visit the town during February you might experience the famous Carnaval, the most renowned in the peninsula!

Located in a depression on the banks of the Guadalquivir and at the foot of Sierra Morena, Cordoba is still home to many remarkable pieces of Moorish structure such as the Mezquita, which is currently in use as a Cathedral. The whole historic center of Cordoba has been declared a UNESCO heritage site.

But, as we said, if there’s an iconic monument in this beautiful town, it must be its impressive Mosque/Cathedral, which is considered one of the most accomplished monuments of Moorish architecture and boasts a special peculiarity: a Christian Cathedral (hence the Mosque-Cathedral name) was built right in the middle of it in the 16th Century. Don’t forget to spend some time strolling around the adjacent Patio de los Naranjos under the shadow of its orange, palm and cypress trees.

The capital and largest city of Andalusia is situated on the plain of the river Guadalquivir and it is, undoubtedly, among the Andalusia top destinations to visit. The Old Town contains three UNESCO World Heritage Sites: the Alcázar, the Cathedral and the General Archive of Indias.

Also unmissable is a visit to the spectacular Plaza de España, which was built in 1929 for the Latin American Expo in the middle of the beautiful Maria Luisa Park, the lung of the city. Strolling through Calle Sierpes for some shopping during the day and going to Calle Betis for some delicious food in the evening are also unmissable experiences.

And with this, we have completed the list of Andalusia destinations. We hope you are convinced to pay a visit to this beautiful region soon!