The best gifts and souvenirs from Seville 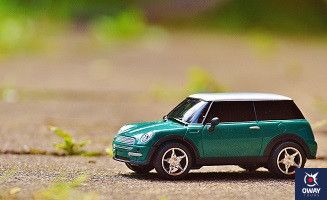 Cordoba is one of the cities with the most heritage and charm in the state. With three world heritage sites, its corners and squares are ideal for getting lost unless you go by car. Then the narrowness of its streets becomes overwhelming and the access restrictions a maze from which you cannot escape. Therefore, if you arrive in the city of the three cultures in your private vehicle, it will be better to park it before starting to visit monuments. Here we explain you where to park in Cordoba so that you can save as much as possible on your trip.

The pedestrianization of the historical center of Cordoba is a pleasant breath of fresh air for tourists who like to stroll the streets and in general for anyone who wants to walk through its streets. However, it is clear that this has a direct impact on the mobility of vehicles. At the major tourist attractions, mosque cathedral, Jewish quarter and Roman temple, there are enormous difficulties in finding available parking spaces. The general recommendation is to avoid getting as close as possible to the historic centre as you are likely to get a headache.

The ideal is to find a balance between how close we want to leave the car and how much we are willing to walk. A good alternative is not to cross the river Guadalquivir, in what is known as the Southern District on Avenida de Cádiz, by the roundabout, or in the vicinity of the Tower of the Calahorra. Here there are more possibilities to find a space to park your vehicle and it is relatively close to the heritage area, between 10 or 20 minutes, depending on how far you are from the Roman Bridge.

However, you should bear in mind that here it is possible to meet “gorrillas” who will ask for money, not more than one euro, for their help. Another possibility is to look for parking depending on your place of origin. This way, if you are coming from Madrid or Valencia, you can park your car in the neighbourhoods closest to the motorway exit, which are La Magdalena, Polígono de la Fuensanta or Santuario. Taking the Mosque as a reference, the shortest route will be around 20 minutes. In the case of coming from the region itself, from Granada or Seville, would be the neighborhoods of Parque Cruz-Conde or where the Zoo. Although they are 20 minutes walking from the Mosque the time is reduced to half if you start the historical visit by the Alcazar de los Reyes Cristianos.

Then there are several options for those who do not mind walking, as they are quite far from the old town, such as the northern area or the Fairgrounds. It is good to have these alternatives in mind especially in the months with more crowds as the city may be filled with cars. Before finishing indicate that there are areas marked with blue paint. These are paid from Monday to Friday from 09:00 to 14:00 resuming the service from 17:00 to 21:00, and on Saturdays only in the morning. The minimum price is 25 cents but on Sundays and holidays they are free.

In case you don’t like to walk or for any reason you can’t, there are several parking lots around the heritage center. You can decide to pay the daily fee, which generally ranges from 10 euros to twenty-something, or pay the price depending on the hours. The best situated is the Mezquita de Cordoba car park in Cairuan street, less than ten minutes from the Mezquita.

The Parking de la Ribera, is also less than ten minutes from the Mosque, and very close to several museums and monuments. A part of it is private for hotels with agreement so you should ask your receptionist. The price for 24 hours is 15.50 euros. Finally there is the parking lot Victoria, which is public and is located in the middle of the Plaza de las Tendillas and the Mosque-Cathedral.