▷How to get from Malaga Airport to the Center | OWAY Tours

How to get from the airport to the center of Malaga 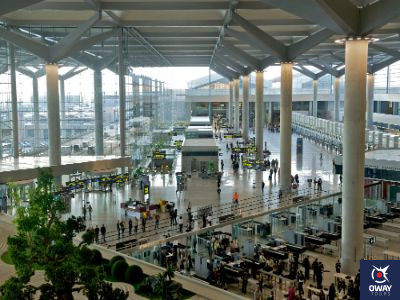 Malaga has an infrastructure ready to receive tourists all year round. It has easy roads to reach the city of Malaga, either by land, sea or air. It is a city that in addition to offering beaches, offers cultural routes through its monuments.

To go to the most tourist sites in Malaga, the city has urban services such as bus, cab association, metro, bicycle rental, horse-drawn carriage, electric vehicles, among others.

Here we leave you a guide to know how to get from Malaga airport to the center and tour the beautiful Costa del Sol without missing any detail and enjoy and discover its charms.

Pablo Picasso Airport is the most popular and important airport in Andalusia. It is about 8 kilometers from the city center, so it is well connected by public transport.

Malaga airport has several services such as currency exchange, bars, restaurants, 3 terminals, pharmacy or even VIP lounge and not only that, but there is also unlimited wi-fi! 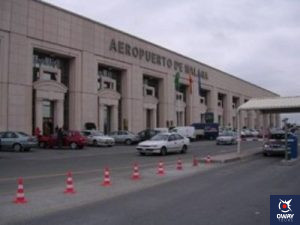 Malaga and the cities of the Costa del Sol are well connected to the airport, making them easily accessible.

There are several types of buses, some of which go to the city center and others to the nearest towns. 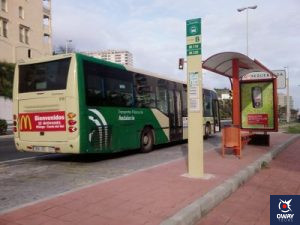 To get to the impressive center of the city of Malaga, where your stops are the train station, Avenida de Andalucía, Alameda Principal or Paseo del Parque among others, I recommend taking this type of service, which also will be in less than 20 minutes, taking the “line A”.

The bus runs quite frequently and operates 24 hours a day. Its price is affordable.

In the following link you can consult the schedules, prices and stops of this service: http://aena.mobi/m/es/aeropuerto-malaga/autobuses-urbanos.html

Several lines take you to the cities near Malaga capital such as Marbella or Nerja. The line that connects the airport with Marbella has a duration of about 40 minutes and costs about 8 euros.

The line that connects the airport with Nerja takes less than two hours and has a one-way price of about 5 euros. The timetables and the lines that connect the airport with the cities near Malaga can be consulted here: http://www.aena.es/es/aeropuerto-malaga/autobuses-interurbanos.html

Do not know how to get to the center of Malaga from the airport? The fastest and cheapest way is with the Renfe commuter train, which only takes 12 minutes. The line is the C1 and is located in terminal 3. Moreover, not only that, it also takes you to other points such as Fuengirola in a short time. These trains run all day long, until 1 o’clock at night.

Here are the train schedules and routes: https://www.renfe.com/es/es/cercanias/cercanias-malaga 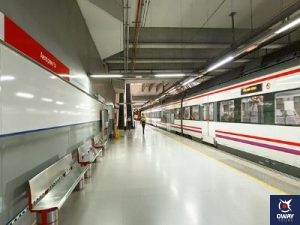 If you are one of those who hate to take public transport, the solution is to rent a private car! It is the fastest and safest way to go to the center of Malaga.

This alternative can be economically interesting when you go with several people.

As in all airports, there is a cab stand. This option has a set rate of 25€ when taking the cab from the airport.

This option, if you travel at midnight, adds 2 euros extra.

Here are the rates: http://www.aena.es/es/aeropuerto-malaga/taxi.html

At OWAY Tours, we recommend guided tours in Malaga. If you are interested, click on the following links: