Malaga is a land of sunshine and for many years it has been sold as a city of sun and beach. However, in recent decades it has been committed to strengthening its cultural network. This change is not surprising since Malaga has plenty of talent as the following list shows.  Renowned politicians, well-known actors and brilliant comedians have passed through this town. Obviously we have not been able to include everyone, but what we can assure you is that in Málaga the sand and the sea are exceptionally combined with erudition.

The Costa del Sol has seen the birth of artists of all kinds from painters to sculptors. Their works have left their mark in the city’s museums and parks and some can be honoured in the municipality’s cemeteries. For not extending the list we have reduced it to the most recognized internationally but we recommend you to visit the museums of Revello de Toro and Jorge Rando. Also, when walking through the streets of Malaga, look at the sculptures, some of them, like the Silver Donkey located in the Málaga’s park, are signed by illustrious authors.

Definitely the best known malagueño on the planet. Pablo Picasso was born in 1881 in the Mercy Square, at present in the building is the Foundation Picasso Home. It is considered one of the best artists of the avant-garde and has influenced many subsequent creators. He is a multifaceted author since in his work we can find drawings, engravings, illustration, sculpture, ceramics and also scenery and theatrical costumes.

Although he cultivated different styles throughout his life, his name is preferably linked to Cubism. He and Georges Braque are the creators of this artistic current. Like many of the artists of his time he was politically involved and considered himself a communist and pacifist. These ideals led him to reject the coup d’état against the Spanish Republic.

For this he would paint his most famous painting, the Guernica, which represents the German bombing of the Basque municipality with the same name. Although his work can be enjoyed in many museums around the world in Malaga there are two dedicated exclusively to him, the Picasso Museum and his Birthplace.

Some of the most recognizable faces on Spanish screens also grew up on the streets of this Andalusian municipality. Series as important as Los Serrano or Hospital Central had in its cast to malagueños as Fran Perea or Fiorella Faltoyano. Also Antonio de la Torre, one of the most important actors in the national cinema, is also from this city. He has the highest number of nominations in the history of the Goya’s, which would be the Spanish oscars or cesars.

Unlike the previous ones, Banderas’ fame goes beyond the Spanish borders. Born in 1960, he began his career during the 1980s with Pedro Almodovar, one of Spain’s most renowned directors. It didn’t take him long to enter the Anglo-Saxon cinema where he shared the screen with prestigious actors such as Tom Hanks, Brad Pitt and Meryl Streep.

In fact, Banderas is one of the few people whose name is inscribed on the Hollywood Walk of Fame. Even so, he has never forgotten his homeland and it is not difficult to find him in Malaga, especially during Easter Week. In the city you can walk along the Antonio Banderas Promenade.

Life is a tombola, tom-tom tombola… Pepa Flores is without a doubt one of the most relevant artists on the Spanish scene, although she has also gained international fame. An entire generation has seen their childhood marked by her films. She was born in Málaga in 1948 and spent her childhood in the typical corral of Málaga where up to fifty families lived together. At the age of twelve, producer Manuel José Goyanes turned her into a film product under the name of Marisol.

From that moment on, she walked around all the sets, concerts and stages in Spain. So it’s not surprising that when she reached maturity she decided to disassociate herself from all that life. Like many other child prodigies, she made a radical break with her past as a child star. For example, posing naked for the Interviú. Since 1985 she has been retired from public life and now lives again in Malaga far from the media.

Who hasn’t laughed at the quips of the Pencil Sharpener duo or hearing Chiquito de la Calzada’s Sin! Well, all this is the product of the ingenuity of the minds of Malaga. The sun of the Mediterranean makes this a land of great talent.

If we have decided to highlight Daniel Rovira it is because he is still active. That is, with a little luck you can go to one of his monologues or meet him on the street. This comedian from the La Paz neighborhood made his career around the Paramount Comedy tour and channel. Perhaps his best known contribution is the film Eight Basque Surnames. This film became the biggest box-office hit in Spanish cinema history. Thanks to his performance in it he got a Goya for best newcomer actor. However, his career both in the world of humour and in the film industry continues to bear fruit. He is also a founding member of the Ochotumbao Foundation, with which he supports solidarity projects that focus on helping the most disadvantaged people, the environment and animals.

Dancers of cuplés, flamenco singers, pop artists and even queens from exotic countries have been born under the protection of the Malaga coast where the sea breeze inspires songs.

Antonio Molina de Hoces Castillo Hidalgo lived at the beginning of the 20th century and grew up in a humble family. As a result of this poverty, he decided to go to Madrid where, by participating in a Radio España contest, he made his leap to fame. From this moment until the eighties he was one of the most recognized singers of the copla and flamenco filling theaters and bullrings. His best known work is the song ‘Soy minero’. Although his career contains numerous records which allowed him to receive a Platinum Record in 1990. He died in 1992 due to a lung disease.

The singer-songwriter from Malaga was born in 1989 and has as many music awards as years of life. Since he was a child he has had a great affinity for music. At the age of twelve he began to compose his own songs. He became famous in the last decade when he opened a Youtube channel. This has allowed him to release three studio albums. He is one of the most recognized pop singers in the country and probably one of the names that sound most on the list. 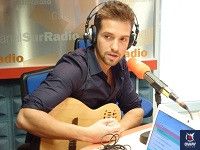 Not only people from the world of culture were born in Malaga, but also influential politicians who determined the course of Spanish history.

Of all those that appear on this list, it is probably one of the most relevant at the historical level. Antonio Cánovas del Castillo, who was born in Málaga in 1828, was one of the key politicians of the 19th century. Cánovas del Castillo was a member of the Liberal Union party. He was present at all the political events that marked the middle of the century. In 1854 he wrote the Manzanares Manifesto, which called for the opening of a Constituent Parliament to carry out the necessary changes to make a liberal regeneration in Spain. This text will be what gives way to the Bienio Progresista, between July 1854 and July 1856.

After the failure of this reformist period, the Revolution of 1868, known as the Glorious Revolution, replaced Queen Isabella II. Cánovas would work hard to bring back the Bourbon monarchy with Alfonso XII at its head. To this end he designed a political system known as the Restoration. It was based on four fundamental ideas: King, Cortes, the 1876 Constitution, approved under his rule, and the “turn”. The “turn” ensured a peaceful change of government, not through military coups as had been done. In this way the Liberal Party, led by Sagasta, and the Conservative Party, created and presided over by Cánovas, alternated.

This bipartisan model was characterised by democratic centralism and the increase in power of the Church. Although the truth is that it achieved its purpose, to put an end to political instability. This lasted until the death of Sagasta and Cánovas himself in 1897 at the hands of Michele Angiolillo. He killed him as revenge for the repression against the anarchists a year earlier.

Although less well known outside Andalusia, Blas Infante enjoys great respect. He is considered the “Father of the Andalusian Nation”. This is because his political ideas led him to defend the distinctive features of Andalusia as a territory of its own and different from the rest of the country. He believed that the region’s own values were necessary for the very rehabilitation of Spain. He is the creator of the official symbols of Andalusia, its anthem and flag. Due to his ideology he was shot in 1936 during the Francoist repression. 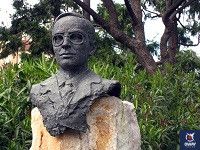 Victoria Kent was a pioneer in the incorporation of women into the legal world. She was the first woman lawyer in the world to practice in a court of war and also the first to be admitted to the Madrid Bar Association. She was also Director General of Prisons where she tried to follow the path of Concepción Arenal to humanize those institutions. Although she is better known for her work as a Republican-Socialist deputy in the Cortes of 1931. During the performance of this position she was against allowing women to vote. She believed that they were too controlled by the Church and this would harm the work of the Republic. However, Kent and the opponents of women’s voting lost the debate in parliament. Like many Republicans she was forced into exile after the Civil War. She was sentenced to 30 years in prison and expelled from Spanish territory. However, she was already in Paris where she had to be helped by the Red Cross and live under the identity of Madame Duval, due to the Nazi occupation. During her exile she continued to contribute to the social advancement through different organizations such as the UN or the Government of the Second Spanish Republic in Mexico. On her return to Spain she was received with honors and died in 1987 in New York.