The Amazing Museum of Fine Arts of Cordoba | OWAY Tours 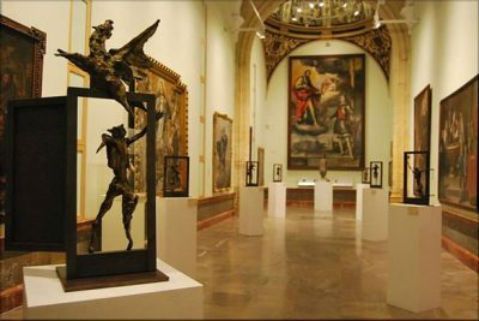 Cordoba is a city with a cultural and artistic heritage that makes other Andalusian cities envious.

The city dazzles with its art, its gastronomy and the sense of family that can be felt in its streets. Having in its possession monuments declared of Cultural Interest, you can visit them and see why this city is so important. If you complement this by going to the wide range of museums it has to offer, you will understand that Cordoba is more than just a beautiful city. Cordoba’s art is worthy of being one of the best in the world.

And being an art lover is easy in Cordoba, because thanks to the city’s fine arts museum you will enjoy and appreciate the different works from different centuries, including works by Bartolomé Bermejo, Luis de Morales and the Cordovan sculptor Mateo Inurria. In fact, the building itself is a must-see, with its courtyard full of beautiful orange trees and an impressive Baroque-style staircase. Also, if you like this museum, you will love our Tour Alcazar of the Christiian Monarch that we have, as it is full of culture just like the museum.

The museum currently houses both temporary and permanent exhibitions, so you’ll experience a sense of constant time travel.

History of the Museum of Fine Arts of Cordoba

The Museum of Fine Arts of Cordoba was inaugurated in 1862 and was created due to the disentailment of Mendizabal in that year, which resulted from the elimination of different religious congregations and the appropriation of property by the State. This led to the creation of Artistic and Scientific Commissions whose main objective was the management of the requisitioned heritage and its safeguarding in museums and libraries, in order to house the artistic and documentary heritage of the place. We can therefore say that the origin of its collections is to be found in the goods that came from the different confiscated convents.

It is worth mentioning that the museum was previously located in the old building of the Hospital de la Caridad de Nuestro Señor Jesucristo in the famous Plaza del Potro, whose objective was to cure and care for people who did not have many resources or who were ill or injured.

At the end of the 19th century, the collections were added to by donations, acquisitions and deposits. An important figure to highlight is Enrique Romero de Torres, who created the Modern Art Section made up of works by contemporary artists.

There are also several important moments to highlight, such as the donation of the collection of Ángel Avilés Merino in 1924 or the deposit by the City Council of the legacy of the widow of the sculptor Mateo Inurria in 1942, and the fact that in the 20th century there were large movements of donations and deposits in the museum. During these years, the Prado Museum, the Museum of Modern Art and the Provincial Council also made deposits, as well as those of the Church and private individuals.

Coming to the present day, since 1984, the Museo de Bellas Artes de Córdoba has been state-owned and managed by the Junta de Andalucía (Andalusian Regional Government). This museum shares premises with the Museum of Julio Romero de Torres, which is managed by the City Council of Cordoba and was formerly an annex of the Museum of Fine Arts of Cordoba, which was created due to the death in 1930 of Julio Romero de Torres. It is also shared with the old house known as Casa de los Romero de Torres although this is closed to the public except in the month of May thanks to the Fiesta de los Patios de Córdoba.

The museum, therefore, has a large number of collections which are made up of very different works from each other, and which are located in time between the 14th and 20th centuries. 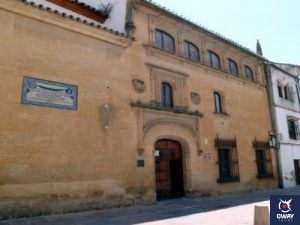 The rooms of the Museum of Fine Arts of Cordoba

This museum of Cordoba has six rooms, in addition to the Casa Romero de Torres. With the exception of Room I, which corresponds to the Drawings and Prints Room and is of a temporary nature, the other rooms are visited from the upper floor to the ground floor in order to better explain the chronological evolution (from the 14th century to the 21st century) of the collections on display. The approximate duration of the visit is between 40 and 60 minutes.

In these six rooms you will find very representative artists of the city of Cordoba, such as Juan de Mesa and Mateo Inurria, among others. Getting lost in each of the rooms and contemplating and admiring the most representative works of Cordoban artists is a sensation that should be experienced by everyone, and will make every penny spent on the ticket worthwhile. 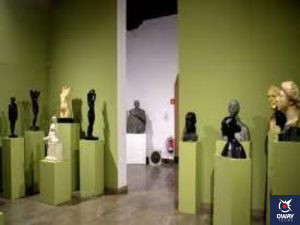 This is the room that opens the tour and is of a temporary nature due to the degrading action that the works suffer due to the light, which is why the room must be conditioned in order to be able to present the works with the maximum guarantee of security and conservation possible. All of this means that exhibitions that normally present a thematic unity are rotated periodically.

The second room is located temporarily between the 14th and 16th centuries, where the so-called “early Cordovan school” begins, with Pedro de Córdoba, Pedro Romana and Alejo Fernández as the most representative artists. This room exhibits a large number of very beautiful pieces such as the Saint Nicholas of Bari by Pedro de Córdoba, the Altarpiece of the Master of the Flagellation from the disappeared Hospital by Antón Cabrera or the famous Christ tied to the column with Saint Peter and donors by Alejo Fernández.

Dedicated exclusively to this type of art, this room shows us works by local artists who came to link up with 17th century naturalism. Pablo de Céspedes, Juan de Peñalosa, Antonio Mohedano and Cristóbal de Vela Cobo are perfect examples of the most representative local artists.

The Assumption of the Virgin, a work by Juan de Peñalosa, originally from the church of the old San Sebastián Hospital, is a work of particular interest because the artist was born in Baen, in the town of Baen, and is of particular interest to us because it was painted by Juan de Peñalosa. It is of special interest because the author wants to show us an outstanding composition with an exceptional break of glory.

Its very name indicates that this room shows us the works of the most representative Cordoban painters of the 17th and 18th centuries. The most representative and most outstanding is the main figure Antonio del Castillo Saavedra with several canvases including the so-called Calvario de la Cárcel, El bautismo de San Francisco or La imposición de la casulla a San Ildefonso (The Imposition of the Chasuble on Saint Ildefonso). It is also important to highlight the presence of Juan Valdés Leal thanks to his Virgen de los plateros or Juan de Alfaro y Gámez, with works such as the Portrait of Bernabé Ochoa de Chinchetru and The Birth of Saint Francis of Assisi.

Room V: Cordovan Art of the 18th and 19th Centuries

Beginning in the eighteenth-century Baroque and ending in late nineteenth-century realism, the room allows you to experience this great period. The room begins by showing works by José Cobo de Guzmán such as the Guardian Angel and The Birth of Saint Peter Nolasco and continues with those by Antonio Palomino y Velasco, who were so important in Spanish art at this time. Works such as Inmaculada belonging to the Museo Nacional del Prado, a Saviour or a Flight into Egypt stand out in this room.

If we talk about the 19th century, the group of works by Rafael Romero Barros with the Bodegón de naranjas (Still Life with Oranges) or Chicos jugando a las cartas (Boys Playing Cards) are very important and try to allow the spectator to see and experience all the genres that the artist touched. Rafael Romero de Torres with El albañil herido and Colón saliendo de la Mezquita is also a key artist of this period.

The room dedicated to 20th century Cordovan art is dominated by the work of Mateo Inurria Lainosa, with works from all stages of his artistic career. This sculptor from Cordoba would achieve great recognition thanks to pieces such as Un náufrago, Séneca and Lagartijo.

Right next to the sculpture, it is important to appreciate the Cordovan painting as it also shows us an evolution that begins with the work of Julio Romero de Torres with Mal de amores, Bendición Sánchez or Pereza andaluza and ends with works by Cristóbal Povedano, Equipo 57, Pepe Morales, among other great Cordovan artists.

The opening hours of the museum vary. The museum is closed every Monday, except for Mondays on the eve of public holidays, when it will be open on public holidays regardless of the time of year.

Admission to the Archaeological Museum of Cordoba is free for all citizens who are accredited in the European Union. If they come from other countries, the price is €1.5. 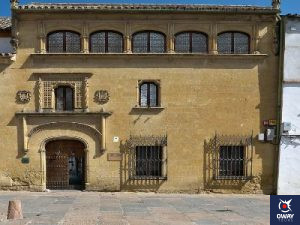 How to get to the Museum of Fine Arts of Cordoba

The Museum of Fine Arts of Cordoba is located in the Plaza del Potro, which is one of the most iconic places in the city. This square is easily accessible, as it is next to the Paseo de la Ribera, the street where the famous Guadalquivir River is located.

If you want to go by public transport, the bus is the best option and you can take bus lines 3, 4, 7 and 16, leaving you very close to the museum. However, if you want to go by private transport it is more difficult due to the lack of parking nearby. It is recommended in this case to park in the El Arcángel Shopping Centre, which is the closest public car park and the least difficult to park in as it is quite large, and is a 10-15 minute walk from the museum. 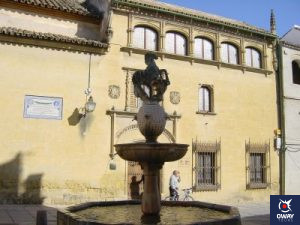 If you are going to visit this fantastic museum, don’t hesitate to go to other emblematic places in the city of Cordoba thanks to the best guided tours we have: