The 5 best museums in the city of Cádiz | OWAY Tours 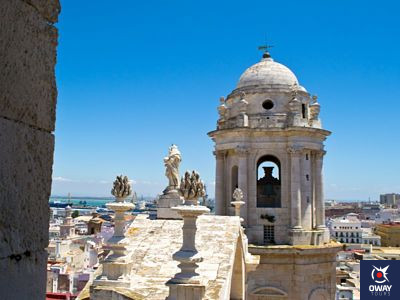 Visiting the city of Cadiz is not just about enjoying its impressive beaches or its varied and rich gastronomy, it is much more. Cadiz is an Andalusian city that exudes history and art in every corner. It has a series of incredible museums that will transport you to the past, reliving the deepest history of Cádiz and its evolution throughout the centuries.

If you are a lover of history and culture, stay with us to unravel the most hidden secrets of Cadiz, one of the oldest cities in Europe, getting to know it through its history reflected in its magnificent museums.

Without a doubt, if you can get to know these museums personally, do not hesitate to do so, it will be a very rich and unforgettable experience.

Museum of the Courts of Cádiz

Its full name is “Museo Iconográfico e Histórico de las Cortes y Sitio de Cádiz” and it is one of the most visited museums in Cádiz. This museum, located in the heart of the old part of the city, is related to the siege by Napoleon’s troops between 1810 and 1812 and to the promulgation of the Constitution of 1812.

Here you can admire weapons, flags, medals, copies of constitutions… It has valuable pieces such as the mahogany and ivory model of the city of Cadiz, a piece of great size and value that shows the historical and urban knowledge of the city; and a large canvas that represents the promulgation of the constitution of Cadiz in 1812, among others.

It is an incredible museum of great historical value, in which you can learn more about the history of the city of Cadiz. You can’t miss it! 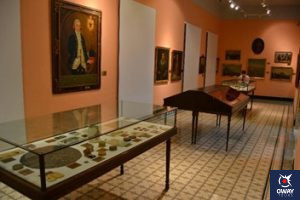 The Museum of Cádiz is one of the most visited museums in the city, and its origin comes from the disentailment of Mendizábal in 1835 and the deposit of a series of paintings from various secularised convents. This museum has a large number of archaeological remains found in the province of Cádiz, as well as a notable collection of paintings.

The archaeological section is divided into rooms, in which the evolution of the city of Cádiz throughout history can be appreciated. It has impressive Phoenician sarcophagi, funerary objects and Punic and Phoenician trousseaus, a collection of spectacular statues, the Roman remains of Cadiz, Medina Sidonia, etc.

It should be noted that the Fine Arts Section is also divided into rooms, where we can take a journey through painting from the 16th century to the present day. Among its most valuable works is the Zurbarán series.

Do not hesitate to come to this museum, you will enjoy a journey through the history of Cadiz. 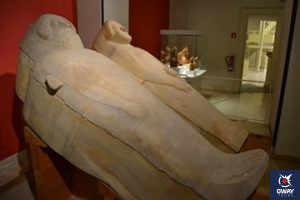 The Puppet Museum in Cadiz is undoubtedly one of the most successful museums in Cadiz, as well as being one of the most recent. It is located in one of the most privileged and symbolic places of this city, La Puerta de Tierra. The main objective of this museum is to exhibit, document and preserve the memory of the activity of puppeteers, companies, artisans and creators from Spain and the rest of the world.

This museum has 18 recovered vaults distributed between the ground floor and the first floor, in which it concentrates its works in a permanent exhibition entitled “Puppets of the world”. It is a collection made up of more than 500 items in which you can find approximately 350 international puppets.

This museum is also ideal to visit with the family and children, as they will enjoy an incredible experience that they will undoubtedly want to repeat. 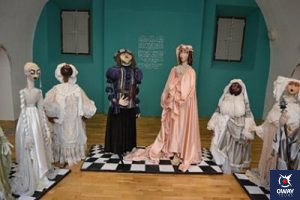 This museum is located in the old Casa de la Contaduría, which sits on the Cávea of the old Roman Theatre of Cádiz. The museum can be accessed from the Plaza Fray Félix through a door decorated with diamond spikes that supports the wrought iron balcony with the coat of arms of the cathedral.

It has a large room that allows the contemplation of different pictorial works, among which the singular and beautiful work of La Inmaculada Grande stands out. It has several courtyards in which Roman and medieval remains stand out, and which also give access to rooms containing valuable works of art such as panels, paintings, ivories, sculptures, monstrances, chalices, chalices, etc. Recently, a room has been added dedicated to the Cortes de Cádiz and its relationship with the Church, in which documents and objects relating to these events are exhibited.

Without a doubt, a visit to this museum is one of the things you should not miss while you are in Cádiz. 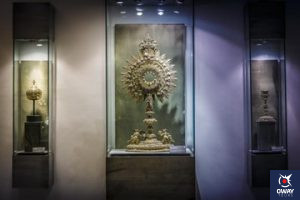 The site is divided into different levels, corresponding to the different periods of occupation of the settlement, in which the layout of the streets, houses and tools from the 9th century BC can be distinguished. There are various constructions created with mud and clay from buildings, roads with cattle tracks, factories with pools for the salting of fish in brine, etc.

This museum is a marvel not to be missed for anything in the world, you will be able to enjoy what the city of Cadiz was like and the way of life of its inhabitants in Phoenician times. 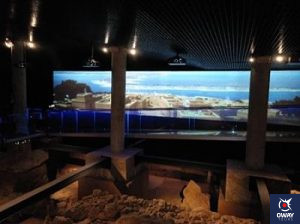 With Oway Tours you can enjoy the following alternatives: