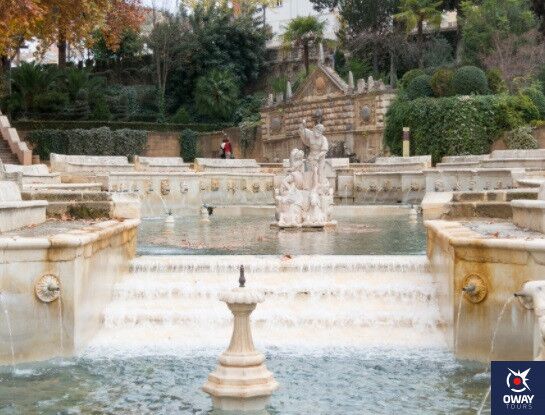 This Cordovan municipality, located in the south of the province, is known as the “city of water”, due to the multitude of springs in its surroundings; and “Jewel of the Cordovan Baroque”, due to all the Baroque style constructions it possesses.

It is a land with a rich and diverse historical legacy, with several monuments declared of National Interest. A very remarkable historical, artistic and natural heritage, where you can let yourself be carried away and enjoy its corners, as well as contemplate Baroque art.

Undoubtedly one of the most beautiful villages in Andalusia and Spain.

Priego de Córdoba offers a multitude of beautiful and splendid churches, typical Andalusian neighbourhoods, and beautiful monuments, a town full of attractions that will make you never forget them. Among all these places, the main monuments that you cannot miss. Here are some of them.

The most famous and emblematic National Monument of the city, one of the places you can’t miss. It was built between the 16th century and the beginning of the 19th century, designed by Remigio del Mármol, in Baroque style. Its origin was due to the need to make more efficient use of the water from the spring that supplied the town. Legend has it that this was the place where Alfonso XI had his camp.

This fountain is made up of three pools of different levels, with an elongated shape in which the curved contours predominate. In the first pool we find a sculpture by the neoclassical Álvarez Cubero, of a lion fighting with a snake. In the second, a sculpture by Remigio del Mármol, is the central figure of the monument, Neptune and Amphitrite. The fountain has 139 spouts, combining water and mythology. 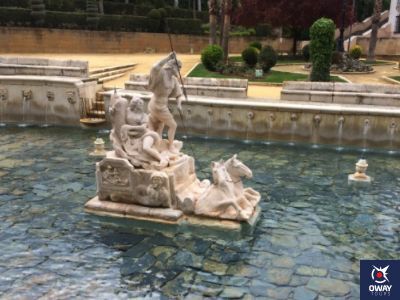 In the same enclosure as the King’s Fountain, we find the Fountain of Health. A 16th century work, built by Francisco del Castillo and Alfonso González Bailén. Its origin comes from the need to channel the spring. As well as cleaning and beautifying this spot. In the past, you could touch the water with your hand, but now, due to the drought and the wells, the water does not exceed ⅓ of its capacity, remaining practically dry.

In the Mannerist style, the entire surface of the fountain has marble cushioning and in the centre, the image of the Virgen de la Cabeza. On the rocks of the spring, there are different reliefs, where we find the figures of Neptune, Amphitrite and Medusa, and a shepherd with his sheep.

It was also declared a National Monument. 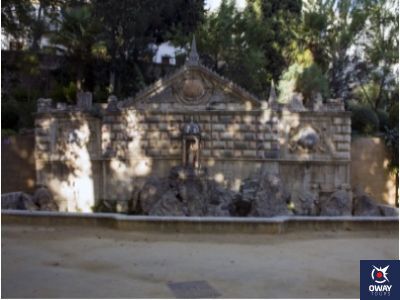 An obligatory stop if you visit Priego de Córdoba, also known as “El paseíllo”. It is also the site of the Town Hall, which was built in 1952 on the site of the former Convent of Santa Clara, of which large canvases have been preserved.

It is a large square, located in the centre of the municipality, surrounded by different bars and cafés, where you can rest from your visit. The Tourist Office is also located here, where you can get all the information you need for your visit, as well as maps and timetables of the different movements. 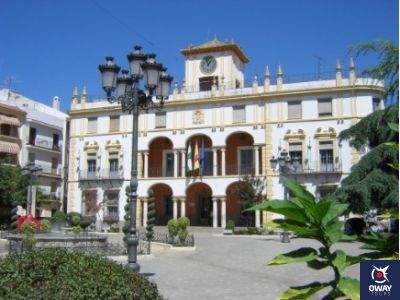 A small and beautiful temple, located in Calle Carrera de Álvarez. It has its origins in the 15th century hermitage of San Nicasio, built on the site of an old mosque. It was reformed by Juan de Dios in the 18th century.

It has a rectangular floor plan, the vault has five half-barrel vaults with windows, the choir loft is located in the first section and in the chancel, there is a half-orange dome. St. Peter, St. Paul and the Evangelists are carved in plaster on the pilasters. There is an exuberant baroque decoration covering the dome and vault. 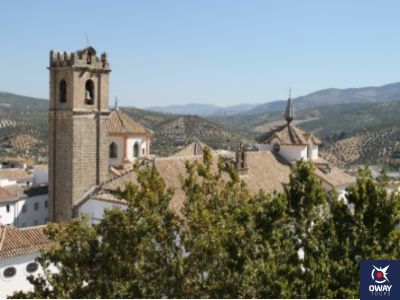 An Arab fortress reformed in the 13th and 14th centuries. With a military function, it is formed by a walled perimeter, surrounded by quadrangular towers and a cylindrical one. At the main entrance, there is an access corridor with two horseshoe arches.

It contains the Torre del Homenaje , which was declared a National Monument in 1943. It is located in the parade ground. It is 30 metres high. It is covered with barrel vaults, a lower one, used as a cistern, a middle one that was used as a storehouse and the upper one used as a residence.

From the high walls of the castle, you can contemplate beautiful views of the city, making it a must-see tourist attraction.

Closed on Mondays and Wednesdays. 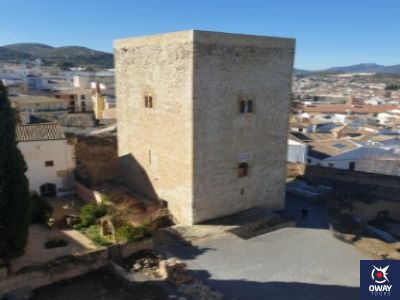 This neighbourhood is the origin of the city, hence its medieval and Muslim inspiration. It was declared a Historic-Artistic Site in 1972. It is very similar to the most typical Andalusian quarters, such as the Judería or the Albaicín. A set of winding, white and narrow streets that form a harmony of beauty, flowers and peace.

To visit it, it is recommended to go along the Calle Real, starting from the Plaza de Santa Ana, following the Placita de San Antonio and the Calle Jazmines, ending again in the Calle Real, going out through the Bajondillo to the Adarve.

A walk to enjoy in a leisurely and relaxed way, contemplating the beauty of its streets and discovering the hidden corners and views. 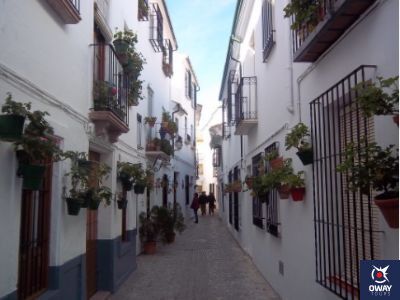 4 Things to do in Priego de Córdoba

Priego de Córdoba is a very complete town in terms of tourism. From enjoying a stroll through its marvellous city, to relaxing in the baths of the Villa or even taking a route through the olive groves, where they offer tours to learn about the production processes, as well as tasting them. Here are some of the options that can be included in your visit to the city.

Baths of the Villa

Arab baths following the philosophy of the ancient hammams. They have pools of different temperatures and aromatised, a large menu of massages, aromatherapy, Turkish baths, among other services. Some of them are:

The session lasts 90 minutes and includes the massage time. Towel and showers are provided. Swimming costume is compulsory. 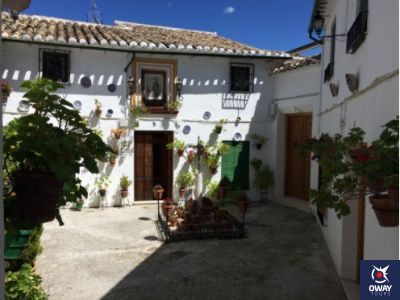 An activity that can also be enjoyed by the little ones. A panoramic bus with a capacity for 12 people. It is electric and ecological, it does not emit smoke or noise.

You can get to know the city in a different way. It covers the entire Historic-Artistic Site and the main monuments. 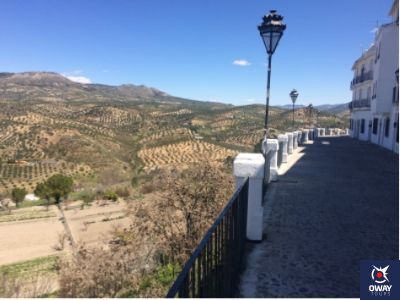 If you want to get to know the nature and the environment surrounding the town, we recommend this company that offers all kinds of active tourism. Activities such as climbing, boating, water skiing, canoeing, trekking, sailing, etc. They also offer mountain bikes for a route through the Subbética region.

An experience not to be missed. 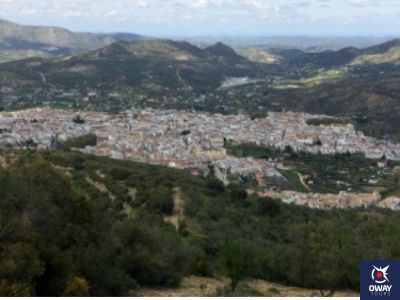 If you want to know first hand the processes of oil production and the philosophy of work, the company Manuel Montes Marín offers several packages so you can enjoy a different experience. 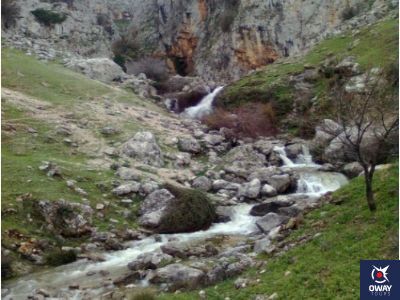 You can always stop by the capital, Cordoba, and enjoy one of our tours.