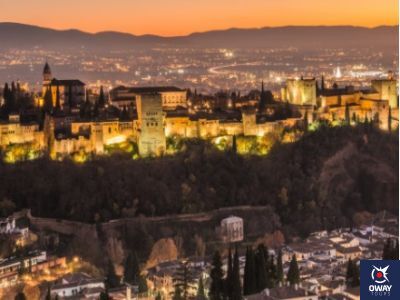 Granada is one of Spain’s favourite destinations, being one of the most visited cities for many reasons. It is not only the Alhambra, but also its light, its gastronomy, its heritage, its people, and above all, its incredible hidden corners with charm. In addition to many unknown tourist attractions to get lost for days, outside the most famous and crowded routes.

Today I bring you the best hidden secrets of Granada, a suggestion a little different from what you can’t miss if you visit the city.

Located within the surroundings of the Alhambra, in the southern part of the enclosure, it is one of the areas that goes unnoticed by tourists. It has about seven hectares of land. It is considered one of the most beautiful gardens in Spain, enchanting everyone who visits it.

Its history begins with the Catholic Queen, incorporating a hermitage in the highest part of the hill in memory of the Christian martyrs. It later became a church, and finally a convent. In the 19th century, it was sold and a palace was built, and the gardens were redesigned, incorporating a large pool and a small lake.

Nowadays these gardens have a mixture of French and English gardens, with a very romantic look.

They are perfect for relaxing after a visit to the Alhambra. Admission is free, which is a plus. 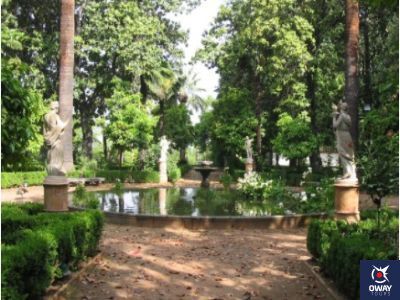 This 13th century Moorish palace, known as the Palace of Abu Said or the Queen’s Garden, is situated next to the river Genil. It is the current headquarters of the Francisco Ayala Foundation.

It was ordered to be built by the Almohad governor of Granada in 1218, on the outskirts of the walled enclosure, on the most fertile and flat agricultural land. Its main use was for agricultural exploitation, and it was also used for large receptions and games.

During the Second Republic, the gardens were destroyed and its immense orchard was divided into two parts due to the construction of an urban road. In 1980, buildings were built on both sides, constructing an underground car park. Later, in 2010, during construction work, the remains of a large pool came to light, as well as archaeological remains, which disappeared during the construction of the car park.

During your visit you can enjoy its orchard and gardens, some rooms of the building and a museum space with a wide variety of archaeological remains that will transport you to the medieval Granada of the 13th century. 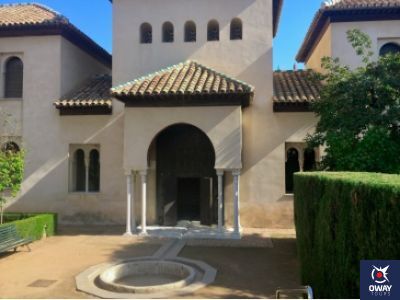 Another of Granada’s hidden secrets, as its name suggests, is the Palacio de los Olvidados, a former 16th century palace. It is located on the slope of Santa Inés, in the lower Albaicín, one of the city’s most historic and charming neighbourhoods. It was declared a World Heritage Site in 1984.

When the Jews were expelled from the region, they were forced to erase all traces of their presence, giving its name to a village that was forgotten.

It is currently used as a museum, in which it houses different exhibitions, where they have collected documents and museum pieces, which show us the importance of their culture in our region. “Inquisition. Ancient instruments of torture” and “Interactive Flamenco”, exhibitions that will certainly not leave you indifferent. The palace also has an outdoor patio, with one of the best and unequalled views of the Alhambra. 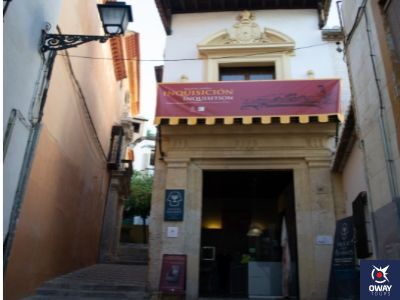 This hermitage, now Christian, is located next to the banks of the River Genil, a few metres from the Granada Exhibition and Conference Centre. It is Granada’s only preserved Arab hermitage, a place dedicated to prayer and retreat for Muslims.

It was built in 1228 under the Almohad domination, where they withdrew to dedicate themselves completely to prayer and meditation. However, after the Christian conquest, it was the place chosen to celebrate the first Catholic mass, after hundreds of years.

Nowadays it coexists with the past and the present, as well as housing modern buildings such as the Palacio de Congresos and other more historic ones, such as the Alcázar de Genil. This hermitage adds to the list of attractions of the city, without being in the focus of the tourist circuits. It is one of the secrets of Granada that is well worth a visit to delve deeper into Muslim history. 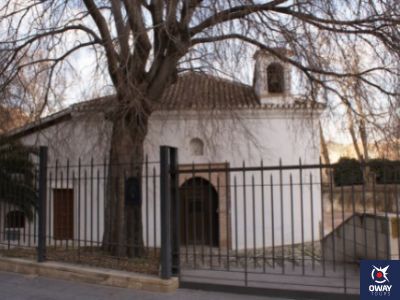 Located in the ground floor of a private house, these 11th century baths are located on the Carretera del Darro, at the foot of the Alhambra, in one of the most beautiful streets of Granada. They are one of the few places that managed to escape the conquest of the Catholic Monarchs.

In 1918 they were declared a National Monument, and their restoration began in 1918 by the architect Torre Balbás.

Today, this marvel has survived several centuries, despite the fact that a private house was built here. They are accessed through a courtyard, full of horseshoe arches. They are the oldest and most complete public baths in Spain, and are very large. A good way to get to know the city and its history. 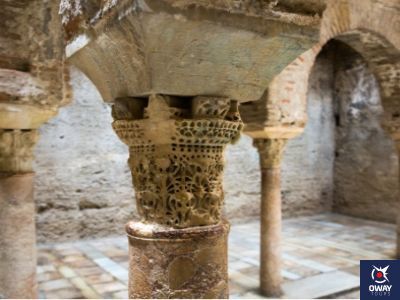 Monument of exceptional historical and artistic interest, located in the Plaza de los Campos, in the heart of the Realejo quarter, also known as the Royal Palace of the Almanjarra. It was declared an Asset of Cultural Interest in 1919.

It was a beautiful Nasrid palace built during the reign of Muhammad II in the 13th century. After the conquest of Granada, it passed into the hands of the Catholic Monarchs, who ceded it to the Dominican monks for the foundation of the Convent of Santa Cruz la Real.

It was not until 2004 that the rehabilitation process began and it was not until 2015 that it was opened to the public. It has been transformed into an exhibition hall and a multi-purpose hall, a cultural space where you can enjoy a varied programme of activities. This is why it is one of Granada’s best kept secrets. 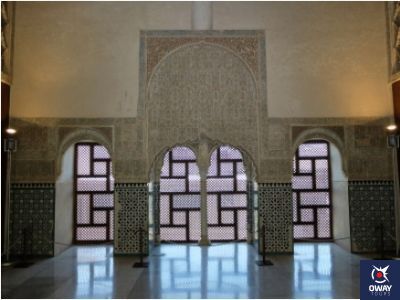 The Moat of the Gate of Justice

One of the most unknown corners of the Alhambra is located in the famous Puerta de la Justicia. It is a hidden moat almost 32 metres long that runs along the lower part of the Nasrid wall and connects the tower and outbuildings.

Its construction began in 1238 at the hands of Muhammad I and had to be modified in 1348, creating the Gate of Justice.

Today, the entrance to the moat is closed with an iron gate, but you can always peek in and let your imagination run wild if you visit the Nasrid palace. 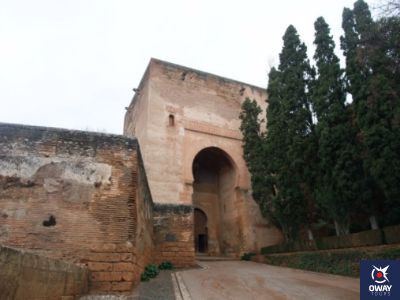 If you want to discover more of the city’s secrets, don’t miss our tour of Granada: