▷The 7 Most Photogenic Places of the city of Granada

The 7 most photogenic places of Granada 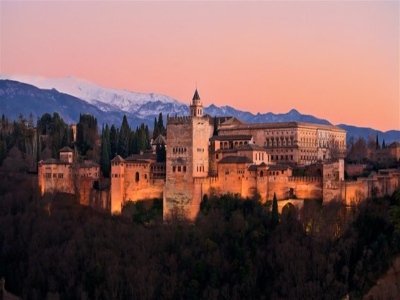 Granada is a city with a special charm, everyone, who has ever visited it, knows that. In Granada you can find some of the most special places in the world.

We all like to take pictures of the places we visit, either to put them on a social network or for memories. We show you the most photogenic places in the city of Granada. Visit these places with our guided tour in Granada and take spectacular pictures and treasure your memories, which will be even more spectacular.

The Alhambra and the Generalife

The most emblematic place of the city, one of the most visited monuments in Spain and Europe and also one of the most beautiful places you will ever visit. Any corner of the Alhambra and the Generalife is worthy of a photo.

The gardens are spectacular, not to mention these two palaces and their patios. Take the best pictures in every corner and enjoy the spectacular views of the city of Granada.

Despite being a very visited site, the enclosure is huge, and you can stroll quietly and look for the perfect corners for your photos. Travel back in time, capture the colors of the Alhambra and the Generalife and keep forever the memories of one of the most special places in the world. 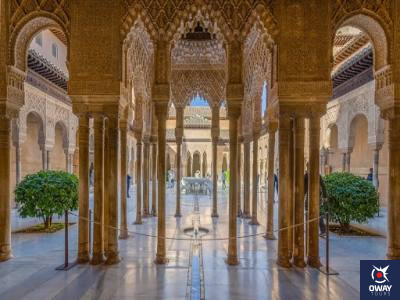 The viewpoint of the Placeta de Carvajales

Granada is full of viewpoints, some better known than others. In any of these viewpoints you can take a spectacular picture, with the Alhambra and the Generalife in the background. You can climb to the top of the city to admire and capture one of the best faces of Granada.

The most famous viewpoint is the San Nicolas Viewpoint, however, it can be so crowded that you don’t even really enjoy the views and it can be overwhelming to take a picture. That is why we show you the Placeta de Carvajales viewpoint.

Look at the Alhambra from another perspective, as this viewpoint is in the lower Albaicín, so the views are a bit different. Located in a charming area, in a very photogenic square, you can take some original and somewhat different photos in this viewpoint.

Enjoy the peace and quiet offered by this forgotten corner of Granada and take the best photos, which are also sure to be original, as not many tourists pass through here. 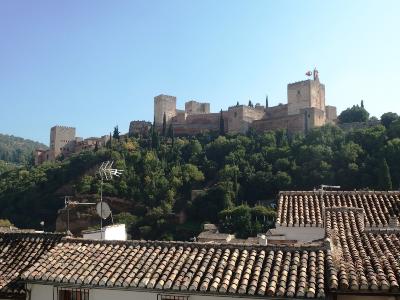 Take a trip to the past through these streets. Streets full of history and culture, from the Muslim era. The Alcaicería was the old souk of the city, where there were stalls everywhere where merchants sold their goods, such as silk.

Now the Alcaicería is a maze of streets, each one more beautiful than the last, full of craft stalls that fill every corner with color. Get lost in these streets and take the best pictures. Do not forget to bring your camera well charged and with space, because here you will find so many corners worthy of a photo that you will not be able to stop shooting with the camera.

Keep for your memories one of the most special places of this city and enjoy a different walk, which I assure you will not forget. 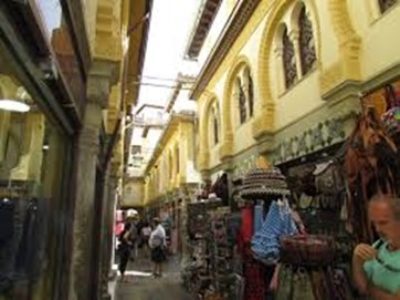 The Jewish quarter of the Muslim Granada. The Realejo neighborhood is one of the most unexpected of the city. As happened with the viewpoint of the Placeta de Carvajales, this is a place that goes a little unnoticed.

Stroll through this network of streets and squares and capture some moments and hidden corners of the capital of Granada. Here you will be able to meet authentic locals of the city and take original and very authentic photos, which not many will have. 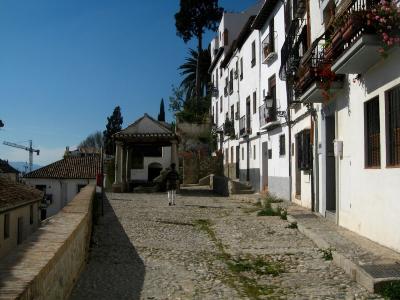 The caves of Sacromonte

The Sacromonte neighborhood, a neighborhood full of art, the cradle of flamenco in Granada. I don’t think there is much more to say about this neighborhood, everything speaks for itself. If you visit it you will realize how special it is.

Its caves full of culture, with a different atmosphere, full of art, flamenco, are undoubtedly some of the places worth saving forever and share with everyone.

Photograph its corners, its streets and its people. Go back in time and live its history, learn everything it has to teach and capture all these moments and places. 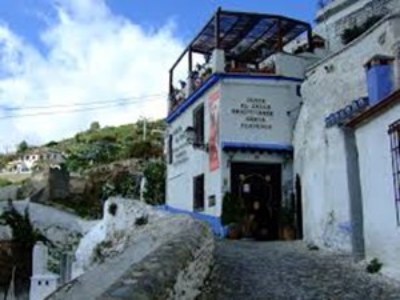 Stroll along the Carrera del Darro, also known as the Paseo de los Tristes (Walk of the Sad), so called because it was the path where the coffins went to the cemetery. However, despite its history, it is a walk full of light. A perfect place to walk in summer, since, next to the Darro River is a cool place, where you can enjoy some of the best views of the Alhambra.

A different perspective of one of the most emblematic points of Granada, the Alhambra, some of the most beautiful corners of the city, a walk full of color and much more is all you can capture in this special place of the city. 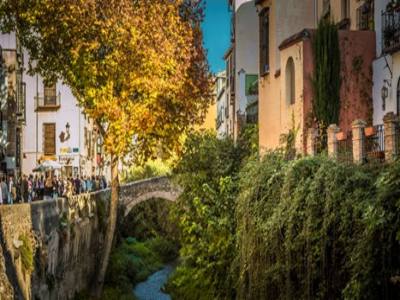 The Albaicín neighborhood, another emblematic place of the city. A special neighborhood, which will take you back to the Muslim era, it will seem that you are in another place and in another time. Full of narrow streets, viewpoints and corners of Muslim style.

Make sure you have time and that you can take lots and lots of pictures, because you will have to stop at every step. Almost every corner of this neighborhood is special and has something to tell. Its stone floor and its messy alleys will tell you a story. Walk through this neighborhood and Sacromonte neighborhood, which is next to it, with a guided tour and get to know it, because you can only get to know it if you walk through it calmly and enjoy it.

Take some spectacular pictures of magical places in the Albaicin neighborhood, one of the most beautiful, different, special and authentic neighborhoods of the whole city and Andalusia. 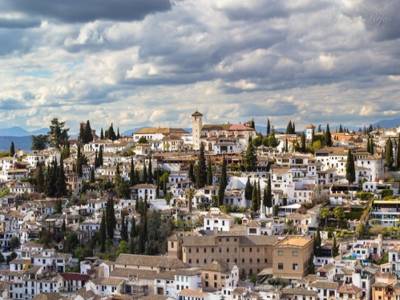