The 7 Restaurants with Views of the Alhambra

The 8 most beautiful villages in Seville 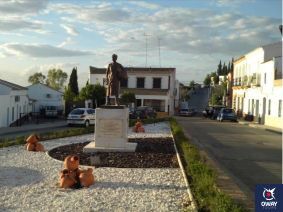 Seville is synonymous with culture and history, being able to enjoy the best landscapes is possible within its province.

It consists of 106 small cities or towns full of a rich heritage with a diverse architectural variety and surrounded by natural surroundings that will make your visit a privileged one.

We will visit those towns that are considered the most beautiful in the province of Seville due to their charm and greatness.

Our route begins 7 km away from the capital, in the village of Santiponce. It is known because it is located next to the famous Roman ruins of Italica. This small town also known as “The old Seville” is part of the Al Mutamid Route, and the Way of Saint James. 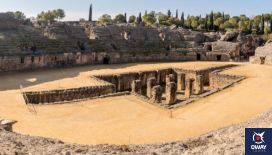 We invite you to walk around the village where you will find the Parish Church of Nª Srª de la Consolacion, the remains of the Castle whose wall is formed by two horseshoe arches. We also recommend you walk along the pedestrian paths where you will be able to enjoy the wonderful landscape. In addition, it has many rural houses which you can use for your stay in this very special town. 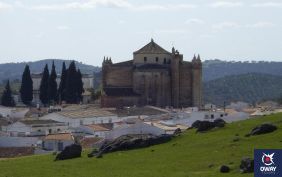 We continue with the town of Carmona, also known as the “Star of Europe”. It has a wide range of monuments, temples and archaeological remains that make the town an ideal place full of history. Carmona is one of the most monumental cities in Europe, as many civilizations have passed through its streets, which have left their mark over time. This town is a typical Andalusian village as its streets are narrow, cobbled and its houses are white.

You can also complete your trip in the capital, taking part in the guided visits to the Alcazar and the Cathedral of Seville accompanied by our best local guides.

We recommend you walk through its streets where you will find the impressive walls that give access to the historical centre of the city, it has many churches such as the Priory Church of Santa Maria. On the other hand, it also has a fabulous Parador at one end of the Alcazar of King Peter I the Cruel. 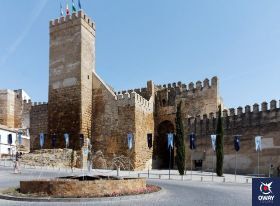 We continue towards Ecija or “City of the towers” known as such because of the great number of them.

It is one of the cities in Seville with more churches, so walking through its streets and visiting them makes your visit unbeatable. Among the great variety of monuments, the Plaza de España, the Convento de los Descalzos or the Palace House stand out. This towns are also known colloquially as “the frying pan of Andalusia”, as it is one of the towns that reaches the highest temperatures in the summer months. 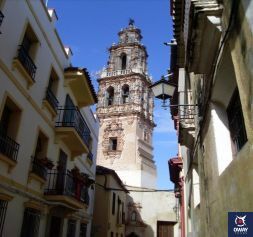 We travel to the town of Estepa, located in the southern mountains of Seille. It is also known as the “Balcony of Andalusia”.

This town is the result of many activities, such as the production of internationally famous Christmas sweets. We recommend you visit its factories and taste the delicacies such as polvorones, mantecados or alfajores.

Among other things, it also stands out to produce oils or wines. You can also enjoy the Washington Irving Route that runs from Granada to Seville, the Route of the Camino de Santiago de la Frontera or the Camino de Antequera. Among its monuments, the Church of Santa Maria, the Hermitage of Santa Ana or the Old Alcazar stand out. 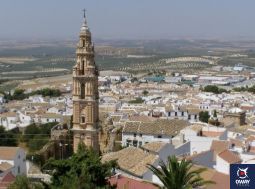 Osuna is considered one of the oldest and most ancient cities in the Seville countryside. It is another of the towns or the Washington Irving route.

It is characterized by its historical, artistic, and cultural legacy that makes Osuna a safe destination to visit. Furthermore, we would like to point out that it was one of the settings for the world famous ‘Game of Thrones’ Series. It has some very attractive monuments, such as the College-University of the Purisima Concepción, the Marques de la Gomera Palace, or the bullring. 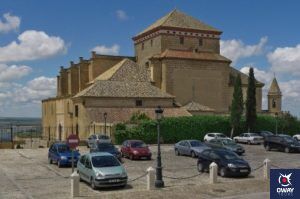 Then we move on to a town in the countryside of Seville and the Guadalquivir Marshes. This town is the cradle of the history of flamenco; it is Utrera. It was declared an Asset of Cultural Interest in 2002.

Mythical singers such as Miguel Vergal Jimenez, Fernanda and Bernarda de Utrera were born in the town, and you can see statues of them in the town’s square. In Utrera, horse breeding and the breeding of the fighting bull are also important. We would like to remind you that we offer Free Tours in Seville which are guided by the best specialized experts.

Among its monuments you can visit the church of Santa Maria de la Mesa, the Basilica of el Palmar de Troya, the castle, the walled enclosure, or the arch of the town. 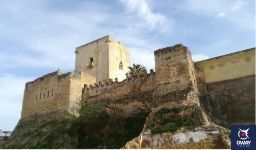 Finally, we are in the region of Bajo Guadalquivir, where one of the most beautiful villages of Seville is located, Lebrija.

We recommend you visit its historical centre, which is full of stately homes and religious buildings such as the Church of Santa María de la Oliva, the ruins of the castle or the Hermitage of Santa Maria del Castillo. It also has a Flamenco Interpretation Centre in Juan Pedro Vidal Street. You can take advantage in your stay in Lebrija to walk around the San Benito Natural Park. 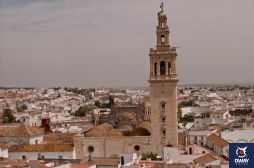