Traveling with dog to Seville: Places with your pet

The best Arab Bath in Seville 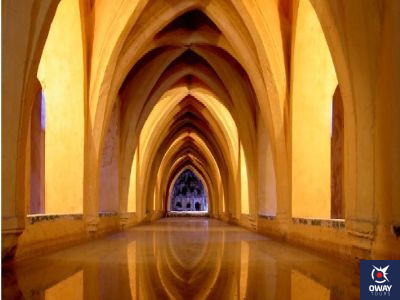 Inherited from Roman baths, these ancient spas associated with the Islamic world have historically been found in North Africa, the Middle East, Asia, as well as in Spain, and IN central and eastern Europe. Also called “hamman, haman or Turkish bath”, they played an important role as a social meeting point and hygiene ritual. After 1492, with the expulsion of the Muslims, many of them disappeared, but some have been preserved until today. These include the Arab baths of Córdoba, Granada, Ronda and Seville.

At the beginning of the 20th century, the Arab baths experienced their greatest splendour as healing sanctuaries, although only the privileged could access them.

Nowadays, they can be visited by everyone, without restrictions, being considered beneficial for health.

Why go to a thermal bath?

Thermal baths provide numerous benefits to our organism, especially on a mental level.

They are often recommended for illnesses such as anxiety, stress and depression, due to the relaxation of the body and mind, as well as improving rest and sleep quality.

The different temperatures of the water help to activate blood circulation, reduce muscle contractions, due to the contrast of cold and heat.

Steam baths help to eliminate toxins, facilitate breathing and the entry of oxygen into the lungs. It is also recommended for asthmatic and allergic diseases. 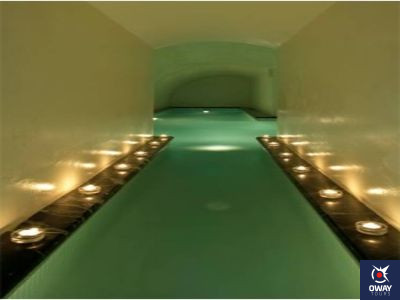 Architecture of the Arab baths.

When comparing the different Arab baths that have survived to the present day leads to the conclusion that their architecture is homogeneous. They are arranged in square or rectangular rooms that are not very large, and the vault was shaped with the help of vertical walls with arcades, supported by free-standing columns.

The material used was brick, rendered on the surface. The columns were made of marble or other types of stone. The mural decoration on the walls and vaults was based on coloured geometric figures, creating a calm and welcoming atmosphere.

Small star-shaped oculi were placed on the ceiling to allow natural light to enter, as well as to promote ventilation, given that these places were exposed to a lot of steam. This prevented leaks from falling from the roof. 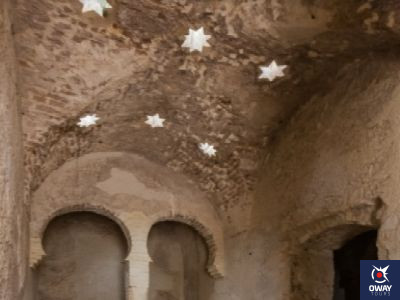 Which Arab Baths are there in Seville?

Near the cathedral, in a small street called Aire in the Santa Cruz district, an old palace house from the 16th century, a former Arab bath, which today opens its doors to take you back to another era.

More than 1200 square metres where you will find an atmosphere of relaxation and wellbeing with a wide variety of therapies and services, including a salt water bath with a thousand jets where you can feel the freedom of floating as if you were in the Dead Sea, as well as a Hamman and different water temperatures.

Among the services offered are the usual ones such as relaxing massages, exfoliating, aromatherapy, among others. Among its products, we can highlight the water ritual, which consists of a massage in the warm water bath.

You can also enjoy one of the best sunsets in the city, as it has a rooftop terrace with views of the Giralda and the whole of Seville.

Swimming costumes are compulsory. The establishment can provide it, as well as footwear, towels, toiletries and a hairdryer. Hair must be tied back. Exclusive access to people over 18 years old.

One step away from Seville, in Bormujos, is one of the best Arab Baths in Seville.

This urban spa offers rooms recreated in an ancient atmosphere where heat, cold and steam are combined to promote circulation. A space for the thermal circuit, a relaxation room for massages and small spaces to relax your five senses.

Long hair must be tied back. The use of towels and non-slip slippers provided by the centre is compulsory. Exclusive use for people over 18 years of age.

Open every day except Mondays, except  December 25 and  January 1.

Among its spaces we find a hydromassage pool, jacuzzi, cold water pool, Turkish bath, Roman thermal bath, Scottish shower, shower of essences, among others. You can also combine the circuits with a wide variety of massages.

It is compulsory to wear a bathing suit, with your hair tied up and a toiletry bag. The centre will provide you with shampoo, gel, towels and hairdryer. Minimum age for access 18 years old.

On the outskirts of Seville, in Umbrete, we find a new concept of urban spa, where you can enjoy exclusive relaxation experiences, with a wide variety of hydrothermal circuits, massages, treatments, etc. 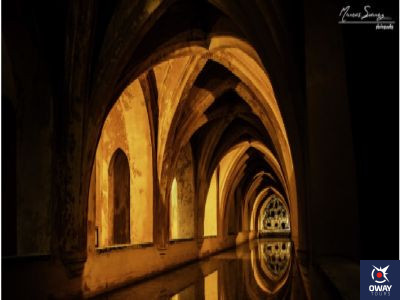 Any Arab bath would be a good option to enjoy a relaxing day in Seville. You can also include one of our guides to the city in your experience: