The Neighborhoods of Seville, Discover all of them | OwayTours.com

The Main Neighbourhoods and Districts of Granada

The Neighbourhoods of Seville 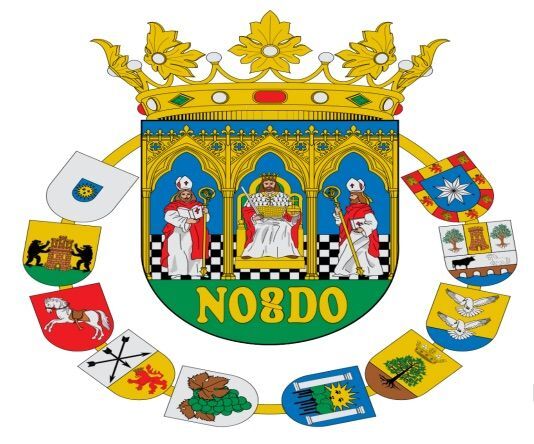 Seville is the capital of its province and of Andalusia. It currently has almost 700,000 inhabitants spread throughout its neighbourhoods. If you are planning to travel to Seville, in this article we tell you what are the different neighbourhoods that exist. Take note because they are many, and you will be surprised how different they are!

The Sevillians do not really consider the centre of Seville as a neighbourhood, as within it they differentiate the following areas:

-the centre: La Campana. A few meters away is the Plaza San Francisco and the Plaza Nueva where you will find the council. And then, the Avenida de la Constitución, presided by the Cathedral and La Giralda. You cannot leave without seeing the so-called “second cathedral of Seville”: the church of El Salvador. 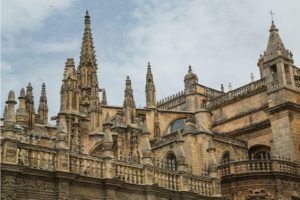 –Alameda: this is an area located near the Macarena, ideal for having a drink with friends. Here you will find the Columns of Hercules. 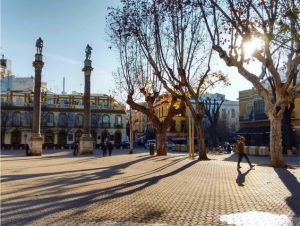 –Arenal: the bullfighting district of Seville. Next to Maestranza you will find this area of Seville so flamenco and bullfighting. Nearby you can find the Torre del Oro. 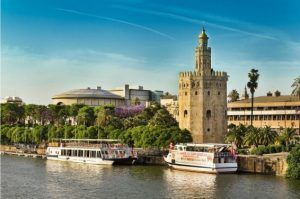 –Santa Cruz neighborhood. One of the most charming neighborhoods of Seville. Walking through its streets and gardens (Jardines de Murillo) is a real wonder, be careful not to get lost in its hardships! 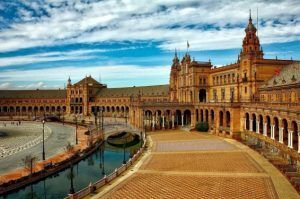 –El Prado. Here you will find one of the bus stations of Seville and a metro station. If you go through the park next to it, you will reach the Plaza de España and the María Luisa gardens.

–Santa Maria la Blanca. This is a bar area a little further away from the centre and close to the San Bernardo district. Ideal for walking and having a beer.

Who hasn’t heard of the beauty of this neighbourhood? The Sevillians like to say that they belong to another city, and the Triana people are very proud to cross the bridge to go to “Seville”. It is undoubtedly a neighbourhood that gives off art and makes anyone who visits it fall in love. Get to know all its corners and go for tapas in its terraces and bars. You won’t regret it!

A stately neighbourhood from Plaza de Cuba to the end of its streets. This area of Seville is of a slightly higher economic level, and can be seen simply in the facade of its buildings. This is where the April fair takes place. It borders on Triana and is still located beyond the river. 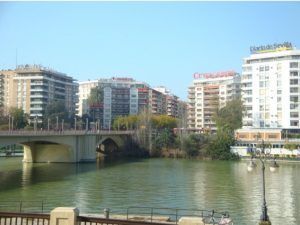 Near Los Remedios we found this a university area. In Reina Mercedes is the hospital Virgen del Rocío and several faculties of the University of Seville. Los Bermejales is a residential area of high economic level near the Heliopolis where is the state Benito Villamarín of Real Betis Balompié: first division team and winner of a King’s Cup. It is located at the end of Avenida de la Palmera. 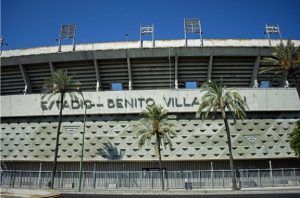 And the last areas we find crossing the Guadalquivir River are the Isla de la Cartuja  and the Alamillo. In the Cartuja was held the Expo of 92 and today is the Isla Mágica theme park. Ideal to go in summer for its water attractions. The Alamillo is a very large park linked by the spectacular Alamillo Bridge, built by Calatrava. 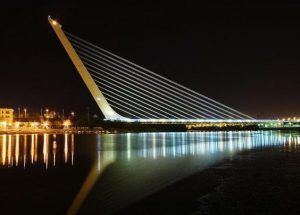 Just outside the old Seville, is the neighbourhood of the Macarena. Here you can see the remains of Seville’s ancient wall and the spectacular Macarena Basilica, which is a must see. There is also another of the most important hospitals in Andalusia and Spain: the Virgen Macarena University Hospital. 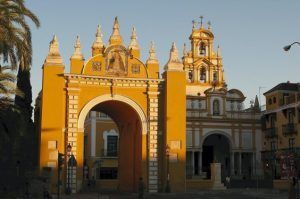 A residential neighborhood with a lot of charm. Here you will find the Ramón Sánchez-Pizjuán Stadium of Sevilla Fútbol Club. First division team and champion of several Europa League. Nearby is the Kansas City Avenue where the train station and AVE: Santa Justa. 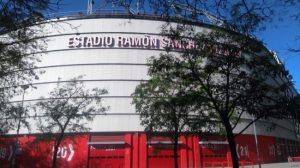 One of the most university areas in Seville. Here you will find a large nucleus of the University of Seville’s faculties and it has a very fun atmosphere. El Cerro is a very Sevillian neighbourhood with a low economic status. 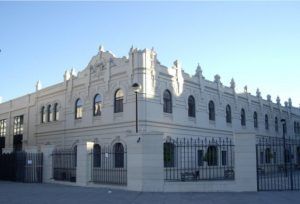 One of the largest or even the largest neighborhoods in Seville. It has almost 50,000 inhabitants. It is a very large residential area with a lot of variety in terms of economic status. Here we find the Palacio de Congresos and the Fibes: where events such as the Goya’s (film awards in Spain), the VMA’s… have been held and it has even been visited by the King and the President of the Government on several occasions. 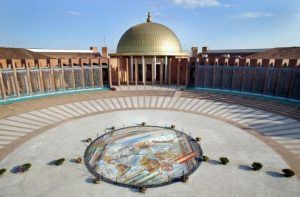 They are not neighbourhoods that are close, but they have one thing in common: they are areas far from the centre where they are only residential. Rochelambert however, is very well connected to the center by the bus line and is a very large neighborhood as well. And finally Bellavista, is the most remote area of Seville and almost next to Dos Hermanas.

Seville, as the great provincial capital, also has large pockets of poverty in marginalised neighbourhoods. These are the areas of Polígono Sur, Torreblanca, Polígono Norte (to which the Vacie is also added), Tres Barrios-Amate, El Cerezo and the area between La Plata, Padre Pío and Palmete.