The Best Churches to visit in Malaga | OWAY Tours 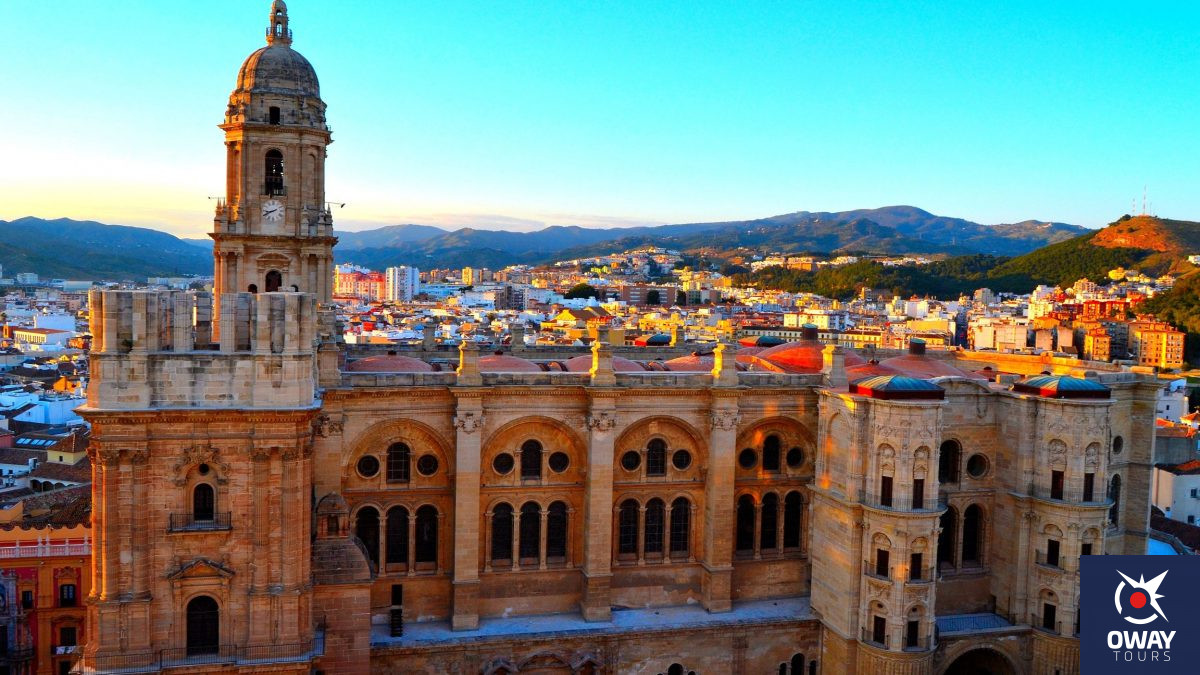 In today’s article we will review the most interesting and beautiful churches in the city of Malaga. It is a complex selection, as each church in Malaga has characteristics that make it unique, full of history and art. Most of the churches in Malaga are part of Malaga’s Holy Week brotherhood, and usually have beautiful sculptures inside, which during these dates go on procession through the city. Some artists like Pedro de Mena, Fernando Ortiz and Micael Alfaro are the great masters responsible for Malaga’s imagery.

It is also interesting to add that the churches of Malaga were in former Muslim mosques, of which part of their base and materials were reused. Initially these churches were characterized by a late Gothic style, but this was quickly replaced by the Renaissance style. However, most of the churches in Málaga are identified with the predominant style in Andalusian religious art: Baroque.

This cathedral is popularly known as “La Manquita”, since one of its towers was not finished. However, its real name is La Santa Iglesia Catedral Basilica de la Encarnación. It is the most important temple in Malaga, and it is even considered a jewel of the Andalusian Renaissance. It was built on the foundations of the city’s main mosque, of which the courtyard of the orange trees and the remains of the wall that currently make up the Sagrario Church have been preserved. From this point, do not forget that we have the best tourist guides with whom you can make a Free Tour of Malaga.

Its construction was carried out by order of the Catholic Monarchs after the conquest of Malaga in 1487. Several architects participated in its construction, among which we can highlight the masters Diego de Siloé and Andrés de Vandelvira, starting its construction in 1528 and ending in 1782, although it was not completely finished: although it is popularly said that it lacks the south tower, it really lacks five towers.

Its construction took more than 250 years, so its original Gothic plans were replaced by a Renaissance project. It finally ended up being decorated in a predominantly Baroque style, so it combines these three styles in the same building, something that makes this cathedral something really special and makes everyone who visits it fall in love. 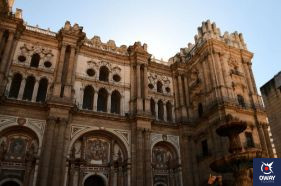 This church is one of the oldest in the whole city: its construction began in 1509, reusing the base of an old mosque. It stands out for bringing together a wonderful mix of architectural styles, with Mudejar Gothic prevailing over the others, with an impeccable symbiosis between the art of the Catholic Kings, Muslim art, and the Baroque style of the early 18th century.

In 2006 a restoration was carried out which revealed a beautiful mural painting, and in the last few months it was opened to the public again, allowing access even to its incredible crypt. It was declared an Asset of Cultural Interest in the category of Monument in the same year. As a curiosity it is interesting to add that it was the church in which Pablo Picasso was baptized in 1881. 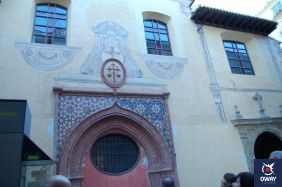 This church is among the buildings in Malaga that have been declared a Site of Cultural Interest. Furthermore, it is also one of the oldest in Malaga. It was ordered to be built by the Catholic Monarchs at the same time as the cathedral, the Holy Mary of the Tabernacle Church, the Santiago Apostle Church, and the Holy Martyrs Church.

It is in the old suburbs of the Muslim medina from the 15th century. Where it has mixed different artistic styles. In its origins it was going to be a Gothic temple, but progressively it was transformed to the Mudejar style, something evident in its beautiful bell tower. In addition, in its interior it emphasizes its imposing baroque decoration.

This temple lost its tower in a collapse caused by the Lisbon earthquake of 1775, so it had to be rebuilt. The date of its restoration is inscribed on the tower’s arch.

Inside we can find some of the most important carvings of the Holy Week, which are kept inside the different chapels: Jesús de Azotes y Columnas, Cristo de la Redención, Cristo de Ánimas de Ciego, Nuestra Señora de los Dolores; all of them belong to the Sacramental Brotherhood and the Royal Merged Brotherhoods.

Holy Mary of the Tabernacle Church

It was built between the 15th and 18th centuries, located in the historical centre, specifically in Santa María Street. It was built in the Elizabethan Gothic style, while its interior has a beautiful Plateresque altarpiece, the work of Juan de Balmaseda. Its construction caused many problems from the beginning, since in 1525 its work was stopped until the 18th century, when it was finished. At this time, the first building was demolished, as it was in ruins, and rebuilt.

In 2020, archaeological remains of a paleochristian church, probably from the Visigothic period, were found under the floor of the temple. This certifies the Christian presence in the vicinity of the cathedral at a very early date. It was declared an Asset of Cultural Interest in 1931.

The oldest work in the complex is the Gothic doorway through which you enter the church of the Tabernacle. It is thought to have been built in 1489 at the base of the old minaret of the mosque, by order of the first bishop of Málaga. It is a masterpiece of Elizabethan Gothic. 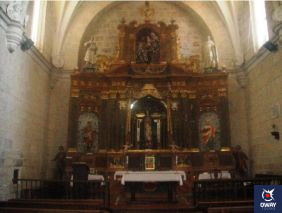 It is located, like the rest of the churches, in the historical centre. It was built in honour of the martyrs San Ciriaco and Santa Paula, who are the patron saints of the city. The church has undergone numerous renovations over time since its initial Mudejar Gothic style, especially with subsequent Rococo influences of the 18th century, although it still retains its Mudejar tower on the outside.

It consists of four brotherhoods, being the most fraternal temple in the city: The Archconfraternity of the Passion, the Brotherhood of the Holy Supper, the Brotherhood of the Column (Gypsies) and the Archconfraternity of the Garden. It is also joined by various guilds of glory. Such as the Patrons of Malaga Ciriaco and Paula, the Virgin of Remedies, or the Virgin of Grace of Archidona, and the Virgin of Araceli. In turn, since 2011, the Association of Mercy Queen of Martyrs is established. In addition, if you wish to take advantage of your visit in Malaga and make use of our guided tours, we recommend the Caminito del Rey, whoso experience is enriching. 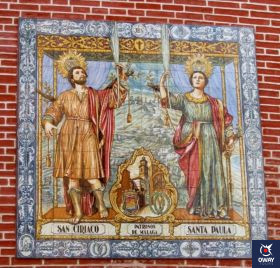