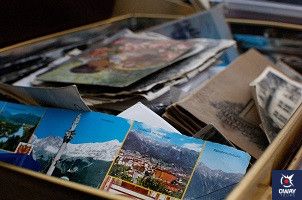 Cádiz, separated from the continent by the Caño de Sancti Petri canal, was historically formed as a small archipelago called Gadeiras, and Lord Byron named it the “Mermaid of the Ocean”. Its main activities are focused on trade and tourism, enjoying large shipyards and port area. The beaches of Cádiz, its local festivals and its important historical heritage make it a unique province and highly recommended for your visit within Andalusia.

The history of Cádiz is not Little, and therefore it is one of the oldest cities in Europe, always present in the course of history from the Punic Wars to the establishment of the liberal regime in Spain by the hand of the first constitution, and we can find many monuments that remind us of these feats throughout the city.

If you are interested in visiting Cádiz and want to bring some memories with you to share with friends and family, you are in the right place. In this article we will give you some ideas of what are the best tourist gifts you can get in Cádiz.

If there is one thing that is particularly famous and traditional in the province of Cádiz, it is muscatel wine, specifically produced in the municipality of Chipiona from the Muscat of Alexandria grape. It is a very peculiar wine due to its characteristics: it is aromatic, dry and sweet, and is usually drunk as a dessert. Without a doubt, it will be a fantastic option to enjoy at home with friends and be able to recall the flavours of Cádiz in the company of a good meal.

In Chipiona we will find many wineries that sell this exquisite wine, although we can also buy it in the centre of Cádiz if we are doing tourism in that area, and we can also taste it before in many taverns throughout the historic centre.

Ubrique is a small village of 20,000 inhabitants in the Sierra de Cádiz that has a large volume of leather work, so it is very famous for its handicrafts and leather goods from Ubrique. Specifically, Ubrique leather bags are one of the most demanded traditional gifts by visitors, both for its beauty and for its excellent quality, although also made purses, wallets, jackets and everything we can imagine in this material.

One of the best firms making this type of products is “El Potro”, one of the few companies that continues working for its own firm and not for foreign companies. It has half a century of history in the artisan tradition, following a strictly manual process.

The art of fanning in Cádiz has a long tradition and is one of the most acclaimed gifts for tourists to take home. Within the typical neighborhood of El Pópulo we can find a small shop that is the most famous in the city for the production of hand-painted fans: Regla Lorenzo, located in the artisan gallery.

Their designs are colorful, with organic and fun shapes, and they are exclusive objects, since their manufacture is unique and no two pieces are the same. You can even order designers fans as gifts. 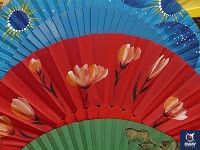 Cádiz pottery has a great legacy and we can find its origins in prehistory. During the Phoenician period, containers were produced to preserve fish that were caught in the sea. During the Roman period, amphorae and jars began to be produced to bottle oil and wine from Hispania. During the Hispano-Muslim period there will be potteries that will evolve until the Middle Ages and the Modern Age.

The main festival in Cádiz is the Carnival, known nationally and internationally, and widely visited by both tourists and Cádiz residents each year. It is the most famous carnival in Spain and has been considered a Festival of International Interest since 2014, and from 2019 it has even been registered as a Property of Cultural Interest in the General Catalogue of Andalusian Historical Heritage. It has a long history and tradition, and one of the most appreciated and love elements within the Cádiz Carnival is the chirigota.

Chirigota is the grouping of a number of musicians who sing humorous songs within the context of carnival, usually in costume and accompanied by whistles that play while they sing and ad dan even more humorous tone to these coplillas. In Cádiz we can find numerous gifts and souvenirs shops that sell whistles with different decorations, hand painted and with distinctive elements of Cádiz. Therefore, if you have visited the Carnival you will undoubtely want to take some of these decorative whistles to have a nice souvenir of it.