The charm of the streets and squares of Cordoba - Oway Tours

The charm of the streets and squares of Cordoba 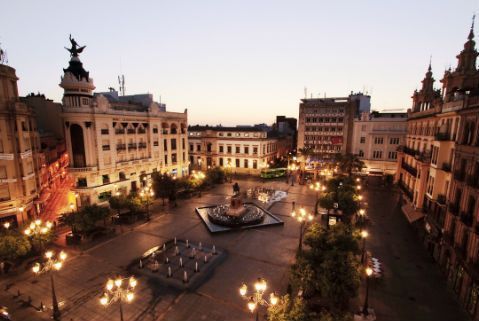 The map of Cordoba is made up of a historical legacy in the form of streets and squares that keep a piece of history. And the best way to get to know Cordoba is to walk and let yourself go. The result? You will come face to face with unexpected corners.

The streets and squares of Cordoba

Legendary streets. The most flowery and narrowest street in Spain. A square where the dreaded autos-da-fé of the Inquisition took place...These are just some of the places that you can find in your stroll through the capital of Cordoba.

Therefore, in Oway we tell you some of our favorite corners of Cordoba, a city that, although we know it well, never stops surprising us ... do we start?

What are the best squares and streets in Cordoba? An apparently simple question, but difficult to answer in the case of Cordoba: a millenary city where the labyrinth of streets always ends in new nooks.

The millennia of its history have propitiated a variety of streets and squares that make up the day-to-day canvas of a city with a high concentration of World Heritage monuments.

Since life is short, as well as holidays, today we bring you a selection of the most curious - and charming - streets and squares in Cordoba.

One of the most emblematic corners of the city, which houses the sculpture of San Rafael.

The only remaining entrance of the 12 that the city had in medieval times. With a fountain that reflects the wall, it is a spectacular view.

A baroque fountain with the view of the palm trees in the background forms an exotic and very special square.

In the heart of the Jewish quarter, this street is named after the crime committed to Lara's seven children... Chilling, isn't it?

An austere square that houses the Convent of the Holy Angel and one of the most impressive legends of Cordoba. Legend has it that ‘Cristo de Faroles’ himself walks on these cobblestones from midnight onwards... If you see him, will you tell us?

Austere, baroque Castilian and seat of bullfighting and the Inquisition. And one of the most important squares in Cordoba.

‘Calleja de las Flores’ (the Street of the Flowers)

If we had to summarize Andalusia to a picture, this would undoubtedly be this ‘Calleja de las Flores’. White adobe and flowers, balconies, tiles and joy. Can you ask for more?

The old city wall can still be seen on this historic street.

The Jewish soul impregnates this square dedicated to the sage to whom it owes its name.

‘Calleja del Pañuelo’ (the Street of the Handkerchief)

The ‘Calleja del Pañuelo’ is one of the smallest streets in Spain. Its measurements? The width is only as a woman's handkerchief. Fountain of the Written Stone It owes its name to the discovery of a Roman stele in this place.

As you can see, Cordoba is like an open-air museum. Its narrow streets and squares will transport you back in time to the most racial soul of Andalusia. Let yourself be carried away to find yourself. That's Cordoba. Will you dare to discover the city of the three cultures?