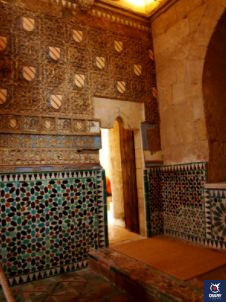 In Cordoba we find an exquisite example of Mudejar architecture in what was during the 18th and 20th centuries Cardinal Salazar’s old hospital. But does this enclave play an important role in the city of Cordoba? Unfortunately not in the current time, but it is hoped that in the near future it will become one of the attractive spots of our city.

Therefore, if you are wondering what to visit in Cordoba, the Chapel of San Bartolome is a good option.  It assures to show you the knowledge of an art that has been left in the shade and from which you can discover the wonders of a lethargic past.

We must go back to the end of the 14th and beginning of the 15th century, specifically between 1399 and 1410, to place the construction of the building. It occured in a context of repopulation of the old quarter of the Alcázar Viejo after the abandonment of the Jewish quarter around 1391. Since then the enclosure exercised a parish function until the 17th century. Also, given its long history, it is currently a magnificent living example of history.

As for the mistery of who the founder might be, researchers have given the name of Diego Fernández Abenconde, a Judeo-Christian appointed regent and emissary of the Crown of Castile. His trips to the Nazarene Kingdom of Granada may have influenced the construction of the chapel. This person was also a protégé of the Order of Santiago, which probably influenced the dedication of the chapel to the apostle as indicated on the cover with the placement of a shell. He was also named a member of the Order of the Band and received this position for his role as an ‘alfaqueque’ releasing Christian captives. 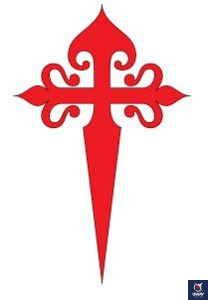 It has a flat and rectangular headboard where the presbytery stands out for being subtly raised from the rest of the room by a step. It has two entrances: 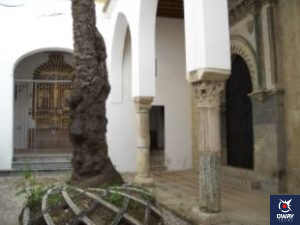 Would you like to visit the most emblematic monuments and spots of the ancient city of Cordoba? Click on the button down below to learn more:

When we go inside, we can see that the layout of the doorway looks completely different. Its arch is topped by small peaks and framed by an alfiz decorated with plasterwork. On the one hand, there is a Mudejar decorative scheme that combines tiling and plasterwork, covering three quarters of the walls of the room with a decoration of this type:

Furthermore, covering the walls of the enclosure are wall paintings depicting the city’s patron saints, San Acisclo and Santa Victoria, in anachronistic clothing. On the other hand, it has a gothic scheme with covers decorated with plant motifs joined by a Gothic sawtooth spine and where the angle of the vaults is resolved with crosses. 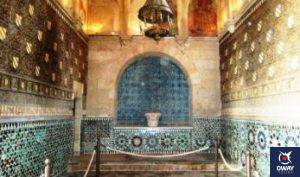 As a curious fact, we can point out that the flooring is from the late Middle Ages and was recovered in the works of Rafael de la Hoz in the 1950s. This allows us to talk about an element that has been preserved since the end of the 14th century.

We can also highlight the fact that, in the Archaeological Museum, there are the remains of around thirty examples of tiles in the Nazarite technique with golden reflections that covered the step that leads to the altar and were found in 1935. Furthermore, thanks to its proximity, you wil also have the opportunity to enjoy the guided visits to the extraordinary Mosque-Cathedral of the city and  the guided tours to its Royal Alcazar of the Christian Monarch and its wonderful gardens. Moreover, if you visit the city during spring, you will be able to join our exclusive guided tours around the most beautiful and unique patios of Cordoba, all located in the heart of the historical center. 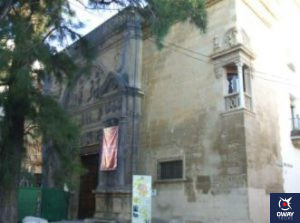 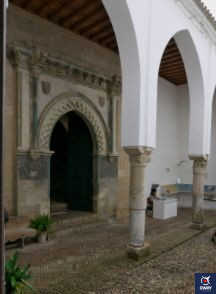 HOW TO GET THERE

The chapel is located in the building that houses the Faculty of Philosophy and Letters and can be accessed from there or from Averroes Street. To conclude, don’t hesitate to join our experts to accompany you around the city of Cordoba with guided visits such as the Free Walking Tour that we leave at your complete disposal. Enjoy every minute of your stay in this milenary city without missing a single detail! 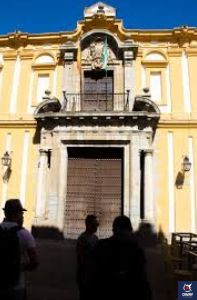