➤The Neighbourhoods of Granada, Discover them all | OwayTours.com

Main neighbourhoods and districts of Málaga

The Neighbourhoods of Seville

The Main Neighbourhoods and Districts of Granada 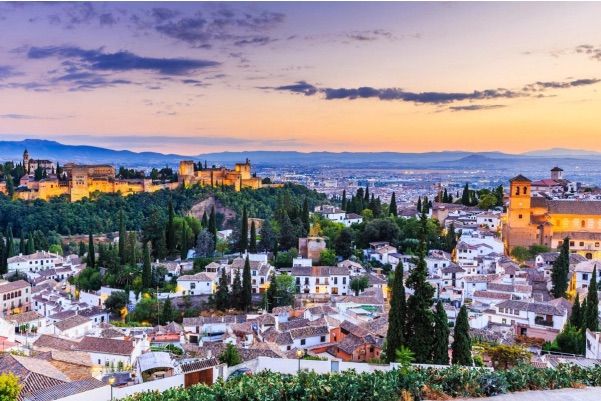 When people talk about Granada, they always mention how beautiful the Albaicin is or how many posibilities the centre has. However, the city of Granada has much more to offer. This city has no more and no less than 8 districts, divided into thirty-three neighbourhoods. Yes, you read that right, thirty-three!

The eight districts that make up the city of Granada are the Albaicín, the Centre, Genil, Zaidín, Ronda, Beiro, Norte and Chana. These districts are in turn, divided into neighbourhoods and each has a different history and personality. In this post, we tell you about the most popular districts of Granada, but don’t forget to keep exploring the rest if you have time!

These are the six districts of Granada that you cannot miss:

This is the neighborhood where the most emblematic places of the city are located, such as the Cathedral ofGranada, annexed to the Royal Chapel, where the remains of the Catholic Kings, Joan the Mad and Philip the Beautiful rest. Here you can also find the Alhambra of Granada, the Andalusian palace city considered a wonder of the world to which millions of tourists from all over the world come to visit. Furthermore, in the centre you will find all the bar areas, such as Doña Elvira street, where the smell will attract you to one of its bar terraces.

Don’t forget to pass by the Town Hall, Pasiegas Square or Bib-Rambla Square. In the centre you will also find the shopping area. Gran Vía de Colón and the Reyes Católicos street are the best places to go shopping. 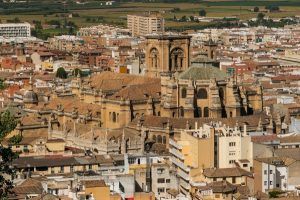 Is the oldest quarter of Granada. It lies at the foot of the Alhambra and was built by the Arabs before they were expelled by the Catholic Kings. Linguists believe that its name comes from the Arabic al-bayyāzīn (in its Granada pronunciation with imala, al-bayyīzīn), which means the falconers’ quarter. It combines Arab and Renaissance architecture.

Some of the monuments from the Nasrid period are the Ziri Wall, the Arch of the Weights, the Towers of Alhacaba, the Palace of Dar al-Horra and the old mosques. However, most of the monuments and ancient mosques were converted into churches after the expulsion of the Muslims. This is the case of the Church of El Salvador and the churches of San Cristobal, San Miguel Bajo, San Gregorio, San Idelfonso and San Juan de los Reyes. 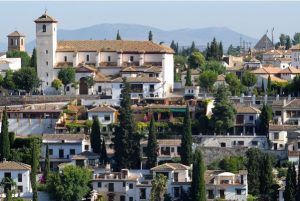 Sacromonte is the gypsy quarter par excellence in Granada. It is located in the eastern region of the city, in the Valparaíso Valley and in front of the Alhambra. The Alhambra and the Sacromonte quarter are located on the banks of the river Darro, which is adorned by a forest of Mediterranean trees.

The most curious thing about the Sacromonte quarter are its caves. These caves have been built for years and years and although they were originally the homes of gypsy families, many of them have been converted to offer flamenco shows and serve as bars. The Sacromonte Caves Museum preserves houses carved into the rock, and in the Sacromonte Abbey, there are relics such as the Plumb Books, returned by the Vatican. From the Sacromonte you will also enjoy magnificent panoramic views of the city. 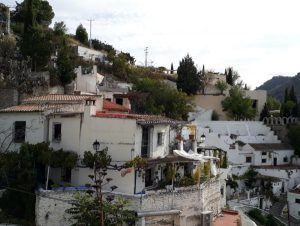 The Realejo district is the old Jewish quarter of the Muslim city. It is located in the historical centre of the city and at the foot of the Alhambra on its south-eastern side. The Muslims called this Jewish quarter al-Yahud (Granada of the Jews). One of the most important squares in this quarter is the Campo de Príncipe, which is situated on top of the old Muslim cemetery. The square was built in 1497 to celebrate the wedding of Juan de Aragón, the son of Isabel I and Fernando II. 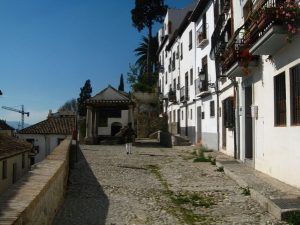 Although the terraces in the centre are always full of people, those who really know Granada admit that La Chana is the best neighbourhood for eating tapas in Granada. It is full of crowded bars, terraces no matter what day of the week it is. Tapas are the stars of this neighbourhood, which are served for free when you order a drink – a bargain! The busiest streets we recommend you go to are Delfín, Trucha Salmón and Raya and those near the Carretera de Málaga.

Besides, you will be amazed by the open air art of this neighborhood, as you can see in the next picture: 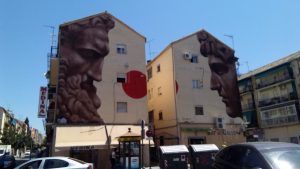 The Zaidín neighbourhood is the most scientific in Granada. Here you can find the most sophisticated science centres, such as the Experimental Station, the Science Park, the Congress Centre and the Astrophysics Institute of Andalusia.

In addition, and totally different, this neighbourhood is famous for hosting the famous “Zaidín Rock Festival“, which is free and public, attended by many people and which marks the end of the summer. 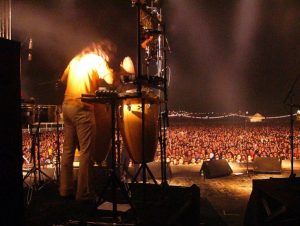