What to see at Guadix in your Granada station? | Owaytours.com

The Water House of Cordoba 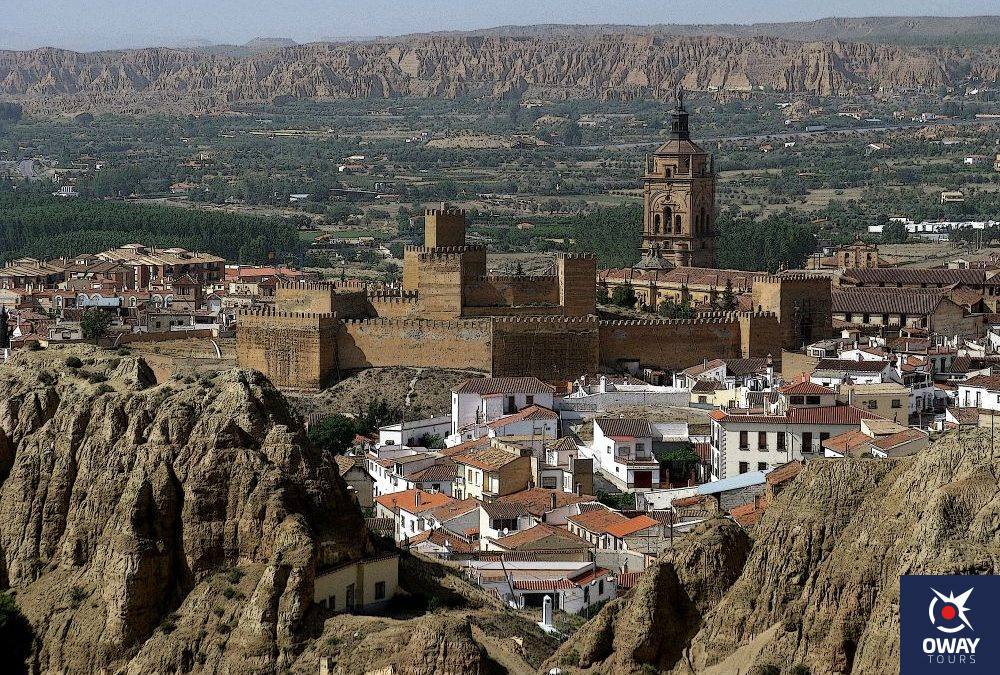 Granada has many monuments to visit both in the capital and in the small towns that make up the province of the Granada. Specifically, we wanted to tell you about one of the most charming villages in Andalusia, Guadix.

Guadix, also known as the Forbidden City, is full of secrets. It originated from the splendour of the Roman colony of lulia Gemella Acci and the Muslim Wadi-Ash. During the City War, the many convents and churches in the town preserved their architecture, although the altarpieces, sculptures and paintings disappeared because of fires and bombings. Even so, there are also convents that preserve all their heritage, but they are closed and in a precarious state.To complete your visit, we recommend you visit the Cathedral of Granada and the Albaicin and Sacamonte.

Know by the Santa Apostólica Iglesia Catedral de la Encarnación the Guadix. Datong back to the 16th and 18th centuries, it features different architectural styles such as Gothic, Renaissance, Baroque and Neoclassical. It also dates to the appearance of Christianity in Roman Hispania.

Work on the Cathedral began in 1492, built on top of an old Great Mosque. It has three separate naves with beautiful ribbed veaults and a domed main chapel. You cannot forget that we have Free Tours with which you can enjoy the charms of Granada.

Inside you can find the characteristic choir with its main sculpture by Torcuato Ruiz del Peral. Its most important work, the pietà, is a marble sculpture, reproduced from the original by Michelangelo, it was brutally destroyed during the Civil War. 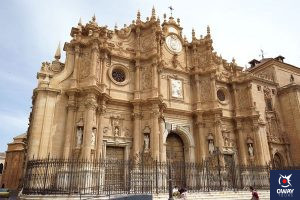 We continue our visit towards the district of Las Cuevas de Guadix. It is made of neighbourhoods and clans that are more complex in their extension. There are a total of 2000 caves inhabited by about 3000 people. The inhabitants of Guadix take advantage of the softness of the clay, that makes up the hills of Guadix. The Viewpoint de la Magdalena and the Viewpoint Cerro de la Bala stand out.

Walking through Guadix you will fall in love with its heritage, and one of its most emblematic monuments is the Villalegre Palace. It was built in the 16th Century for the Fernandez de Cordoba family, which in 1685 passed into the hands of the Marquis of Villalegre, José Manrique de Arana.


It is a stately palace which has lost part of its original appearance, as it has undergone numerous transformations, it consists of an interior courtyard surrounded by galleries on the ground floor and esplanades. This courtyard provides access to the rooms. 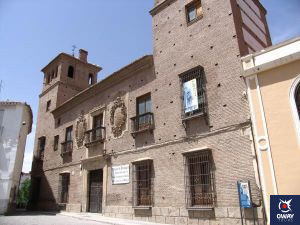 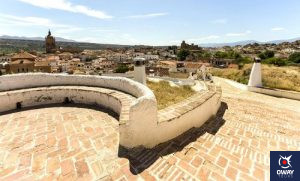 We went to the Roman Theatre of Guadix built in the second quarter of the first century AD. It was discovered that they were going to carry out works to build a car park. It dates to the former Lulia Gemella colony and is the only one in Andalusia that still preserves traces of decorative paintings that adorned the proscenium. 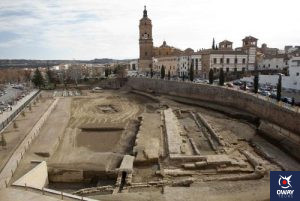 It is one of the most important religious buildings in the city, due to its architectural grandeur. The construction of this church was carried out by Diego de Siloé, an architect who designed the structure with three naves separated by a capital and half columns. Its façade stands out for its whiteness and a semi-circular arch flanked by double pilasters. The frieze decorated with grottos rests on these. The upper body consists of a central niche between grooved columns and bordered with fruit garlands. 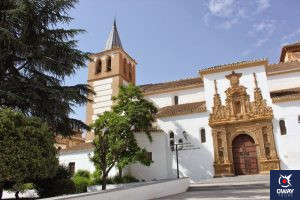