The 4 Most Popular Legends of Seville | OWAY Tours 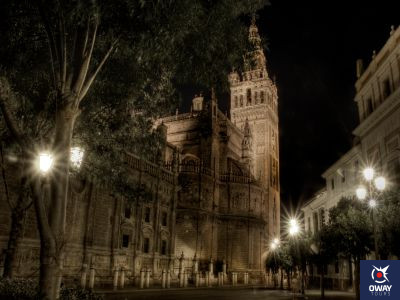 If something makes Seville even more mysterious, it is its legends. There are numerous stories surrounding the Andalusian city, and in this post we are going to tell the 4 most disturbing legends you will ever see. So keep an eye on the reading because at the end no one will remain indifferent.

1. How the Virgin of the Macarena was changed by a watch

Everything related to the Holy Week, especially with the well-known Virgin of the Macarena, is very famous in Seville and gives rise to numerous legends and gossip. On this occasion we are going to tell a story that goes back to the 16th century when the recently founded Brotherhood of the penitence of Hope, instituted by Fray Hermando de la Cruz, needed an image for its temple of San Basilio.

A few meters from the basilica was the Hospital de las Cinco Llagas. An Italian traveler was hospitalized there, who had intended to leave for the Indies, but was suffering from an illness that ended his life. The hospital guarded his suitcase, and it was not until a year after his death that they decided to open it to see what it contained. To their surprise, inside was the image of a virgin. The brotherhood upon hearing the news, offered an exchange to the hospital, the image of the virgin for a new watch, which was much needed. This is how the Virgin of the Macarena came to belong to the brotherhood. 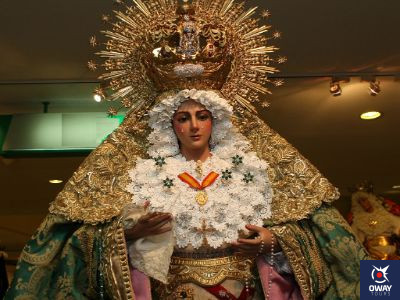 2. Visit of the Gran Poder to a man in his workshop

Related to the previous legend, this one also talks about religion, but this time the protagonist is the former Sevilla FC football player, Juan Araújo. It was in 1956 when Araújo lost his son after a long struggle with an illness, and as a good devotee of the Cristo del Gran Poder he had repeatedly begged him to be cured. Seeing that his prayers had not been fulfilled, he lost his faith and vowed never to set foot in his church again, unless the Lord of Seville came to his house.

Precisely in that year the Popular Missions became popular in Seville, which are tours that were made in Holy Week of different brotherhoods by different neighborhoods of Seville. It just so happened that it was the turn of Cristo del Gran Poder that year to go through Nervión, where Araújo had opened a workshop. While they were making the procession they were surprised by a heavy rain and had to take shelter quickly. They tried to go to a nearby church, but it was closed, so when they saw the nave of the ex-football player they called for shelter. When he saw the Cristo del Gran Poder at the door, he fell to the ground in tears because he could not believe what was happening. 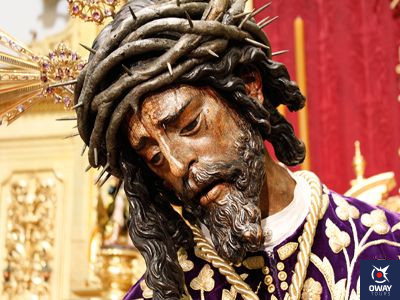 This captivating story is a mixture of love, betrayal and death. Susana Ben Susón was a beautiful young woman, the daughter of a Jewish convert who led the uprising to end the persecution of the Jews and take control of the city of Seville. When the city warden learned of the events, he had all those involved hanged, including Susana’s father. Susana, completely devastated by the death of her father, decided to retire to a convent where she lived until the end of her life. Before dying, she asked that when she passed away, her head be separated from her body, and that it be exposed at the door of her house in the street that today is known as Death Street, in the neighborhood of Santa Cruz, which although it does not keep the head, you can see a tile where there is a skull in honor of the beautiful Susona. 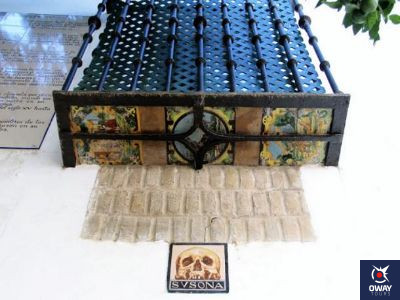 4. Doña María Coronel and the pan of boiling oil

Undoubtedly this is one of the most famous legends and one that attracts the attention of outsiders and locals alike. Its protagonist is Doña María Coronel, daughter of Alfonso Fernández Coronel, the cupbearer of King Don Pedro I. She married at an early age to Juan de la Cerda, a descendant of the Royal family of León and one of the main participants in the uprising of the Trastámara against King Pedro I. This led to Juan de la Cerda being taken prisoner in a battle and subsequently beheaded.

With the passage of time Doña María Coronel recovered and dedicated herself to administering the goods that belonged to her, because all those corresponding to her late husband had been confiscated by the king, in addition to her house that had been demolished.

King Don Pedro I had never met Doña María Coronel, until one day they met by chance and he was captivated by her beauty and charms, and began to pursue her in order to make her fall in love. The Sevillian lady tried to run away from him but the king always managed to find her. Not knowing what to do, it occurred to her to pour boiling oil on her face so that she would be disfigured and he would no longer feel attracted to her.

Don Pedro felt so guilty about what happened that he gave Maria Coronel the land that belonged to her husband, where she soon after built the convent of Santa Ines, which today remains one of the most characteristic monuments of Seville. 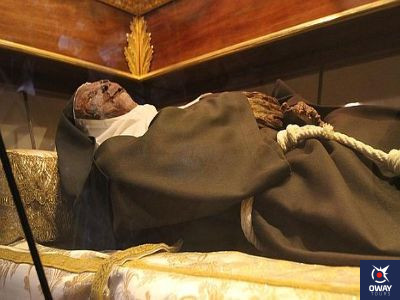 Don’t miss anything of Seville with one of our Guided Tours in Seville: