The most romantic plans in Seville

The most romantic plans in Granada

The most romantic plans in Ronda 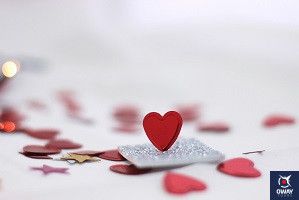 In our collective imagination, the places of love par excellence are Paris or Verona. Perhaps we should think about changing the locations for others less tragic. Looking for new spaces Ronda is an excellent option. There has to be something to make so many nineteenth-century travellers who were looking for exoticism and adventure fall in love with it. Of course, to be a refuge for bandits you need to have a good dose of mystery and some hidden places where you can get lost with the best possible company. If you are looking for a place to spend a romantic getaway, pack your bags and come to Ronda.

Take a romantic route through the town

A walk around the city does not take long and you can see most of the historical sites in less than two hours. The best option is to start at the Plaza Duquesa de Parcent, where you will find the church of Santa María la Mayor, in the Mannerist Gothic style, the 16th century Convent of Santa Isabel de los Angeles, built on a Mudejar site, and the 18th century town hall. Very close to here you can visit the municipal museum, the Palacio de Mondragón, a royal residence of Mudejar Renaissance architecture, in whose collection you can learn about the history of the region.

Obviously you have to pass by the New Bridge and contemplate the Guadalevín’s Tajo, the most famous image of the municipality. After taking some pictures from the viewpoint, you can go for a drink in the Plaza del Socorro or have a picnic in the Alameda del Tajo. Alternatively, it is also good to take a tour of the walls, which date from the Muslim period, and surround the entire city. In this itinerary you should pay attention to the gates of Almocábar or Cijara that reveal their Arab origin. You should also visit the public baths, as they are the best preserved from the Andalusian period.

The connection between this drink and love comes from far away. In the ancient world, the god Bacchus was famous for his loves and numerous ancient texts relate the two concepts. The Judaeo-Christian tradition also links the grape and its clusters with fertility. So walking through vineyards and wineries is almost obligatory.

As Euripides said, where there is no wine there can be no love. In Ronda they have been preparing this red liquid for years, the first remains date from the Phoenician / Roman period. In fact, Acinipo, which is supposed to be the first settlement in the area, means city of wine, since the name comes from acini, the bunches of grapes. The archaeological site can be visited and is 20 km from the current municipality.

The Route of the Wine Cellars and Wines of the Serrania de Ronda has been recently added to the official catalogue. On the route you can enjoy three designations of origin (DO Málaga, DO Sierras de Málaga and DO Pasas de Málaga) in more than fifteen specialized establishments. In addition, if you want to know more about the history of wine in the region, there is a Wine Interpretation Centre.

If you decide to travel in the summer, you can cool off in the pools at the Cueva del Gato. They are a Natural Monument of Andalusia, twenty minutes by car from the historic centre. It is a rocky formation that has a cave as an exit of the Guadares River. Historically they have been used as a hideout for bandits and have been much visited by romantic travellers. It is, without a doubt, an exceptional natural space to relax as a couple while soaking your feet. We do not recommend a full body bath, unless you can stand the cold water. 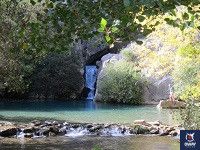 Romantic dinner and accommodation at the Parador

The network of Spanish Paradores is a model of tourist accommodation, founded by Alfonso XIII. Through it, buildings of historical and artistic interest have been rehabilitated in places of spectacular beauty. In general, paradors are magnanimous places and the one in Ronda was not going to be less. It is located right next to the Puente Nuevo (New Bridge), in the old Town Hall, at a depth of 120 metres. This location offers you beautiful views of the Tajo.

If you want to spend a weekend in luxury and comfort, the best idea is to book one of its rooms with a terrace. Staying in one of these establishments is like spending your honeymoon in a bridal suite. Even so, it must be said that this is not a cheap plan. 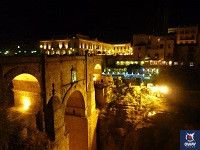 Flying in a hot-air balloon

Ballooning is a unique and unforgettable experience, so it is best to remember it in good company. The only bad thing is that the route is marked by the wind, freedom always has a price. Although it is also true that in Ronda it does not matter what the landscape is. The luckiest ones will be able to pass over the city and contemplate from above the churches and houses that make up its old town. It doesn’t sound bad either to be able to see at first sight the remains of the old Acinipo with the old Roman theatre or simply to observe the natural environment of the mountain range and the Tajo. 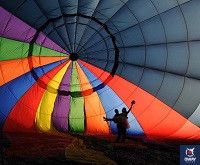 As is evident, Ronda is located in a natural region of high ecological value. It is surrounded by protected areas and natural parks, such as Sierra de la Grazalema, Sierra de las Nieves and Los Alcornocales. If you are one of those couples who likes hiking, don’t hesitate to look for a route and put on your backpack.

Although the reason for us to take out its beautiful surroundings is that it has some of the best places to observe the stars. If you unfortunately come from one of those cities with a light pollution that only allows you to see Venus and the moon, take advantage and lie down on the grass. Remember that in any of the seasons there are star showers. You can square your journey with some of these astrological events. Watching the night sky as a couple is one of the most romantic activities you can do.