Pilatos’ house: monumental architecture in the heart of Seville 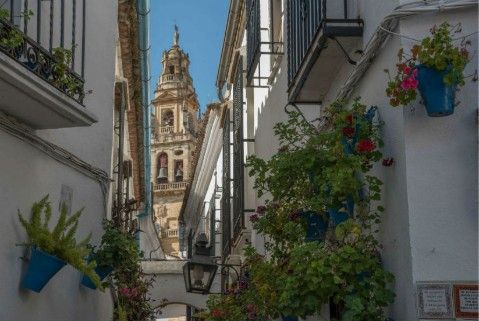 Many are the squares and corners that we show in our Free Tour in Cordoba . Among them, there is Tendillas square. Easy to find. Placed in the border between the historical center and the commercial center of the city, this emblematic space is one of the most representative places of the locality. A meeting place, a place for walking, where the past is still alive

A POPULAR SQUARE SINCE ITS ORIGIN

Calle Tendillas de Calatrava; Plaza de Canalejas; Plaza de Cánovas del Castillo, Plaza de la República or Plaza José Antonio Primo de Rivera; these are old names under which this central area of the city was known, before it was baptized as Plaza de las Tendillas. But why Tendillas? Well, its name is due to the numerous "little shops" (tiendecillas) that were located there from past times; although it was not until the seventeenth century when the square enjoyed the flowering of the various shops and named received that name. Before that, this space housed the houses of La Encomienda de Calatrava, named after the Convent of the Comendadores of the Order of Calatrava.

Throughout history, there have been many buildings that have settled in this ideal meeting place. After numerous transformations, only a privileged few can boast of standing next to the square. Today, the Plaza de las Tendillas is considered the city's flagship square and there you can find various establishments such as the famous ice cream La Flor de Levante, and some other buildings: from the Casa Colomera or the Casa de Enríquez Barrios, to buildings such as La Unión y el Fénix.

Considered the most popular square in the city, many curious people come to Tendillas to meet the "Great Captain".

Right in the center and riding his horse is the equestrian statue of a son of these lands: Gonzalo Fernández de Córdoba. Legend has it that the head belonged to an ancient statue of the bullfighter Rafael Molina ‘El Lagartijo’. Although it is somewhat incoherent because his sculptor, Mateo Inurria Lainosa, also made the bust of Lagartijo, and its features do not match at all. What is unquestionable is that, thanks to this work, his sculptor received the medal of honor in the Spanish National Exhibition of Fine Arts in 1920. But this icon was not always in the main fountain of the square. In fact, it wasn't until 1927, when Gonzalo Fernández was moved from Avenida del Gran Capitán to Las Tendillas.

Another of the singularities that people like most about this square is that the beat of time is marked by the flamenco chords of the guitar. That is because the hands of his clock mark the passing of the hours in a particular way, and it calls the attention of everyone who approaches the square. Inaugurated in 1961, its sonería replaces the bells with soleares, recorded by the flamenco guitarist Juanito Serrano.

In addition, it has become a custom among Cordoba's residents that this clock should welcome the new year. That's why many Cordovans celebrate the traditional New Year's party there, eating the twelve grapes to the flamenco sound of the clock.

No doubt! If you want to know the Tendillas Square, do not hesitate to join the Monumental Free Tour, we assure you that you will know all this and more in a fun atmosphere that only with OWAY Tours is possible. Our routes are full of dynamism and curiosities. What are you waiting for? We guarantee that you will not only learn, but also have a thousand and one anecdotes to tell.