➤The Neighbourhoods of Ronda, Discover them all | OwayTours.com

Main neighbourhoods and districts of Málaga

The neighbourhoods of Ronda 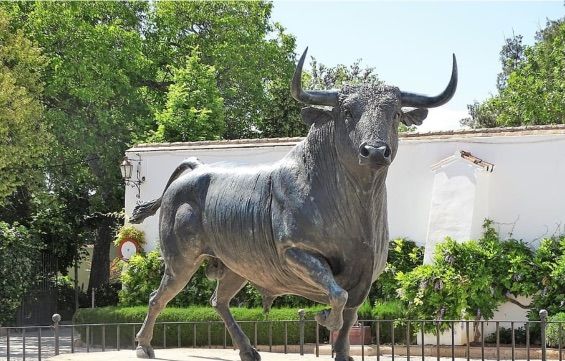 Ronda is a town located in the mountains of Ronda, and is situated at the top of the Guadalevín. It is about 100 kilometres from Málaga. Famous for its views of the gorge of El Tajo and the mountain ranges.

With its more than 40,000 inhabitants and is one of the most visited destinations by those who want to know the most traditional part of Spain. The Roman ruins of Acinipo highlight its ancient history.

If you want to visit Ronda, here are the areas and neighborhoods that make up this very Andalusian town.

Ronda is a city, which like many others, has been growing and expanding its walls over the years. This area can be accessed by the new or old bridge. It is the area with the most history in its buildings, and you can see it in its facades and on the ground. Arabs and Romans were walking around here and leaving their mark.

If you go to Ronda, notice that just at the entrance of the old part, there is a very old clock that marked the Ronda people what the weather was going to be like the next day. It was a great help to them!

You can also see, once you cross the bridge, the little window right in the middle of it. The people of Ronda call it the Mirador de los viajeros románticos (viewpoint of the romantic travellers).

Continue walking through this neighbourhood with so much history to discover the María Auxiliadora square and the famous cuesta del cachondeo “joker’s slope” to go down to the Tajo’s viewpoints. To find out why it is called this, you will have to go down and discover it yourself! 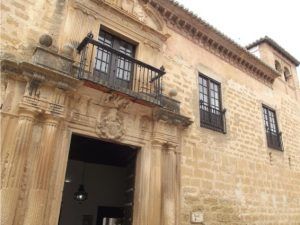 A visit to the Mondragon Palace is a must. Which is also in the old town of Ronda.

In this area you will also find the Arab baths, the old walls of Ronda, and right next to it, the famous Museo del Bandolero (Bandit Museum). Visit the Casa del Rey Moro (House of the Moorish King) which is located next to the bridge. The citizens of Ronda tell that this one had some secret passages that reached the river.

And at the end of the town, along with the walls, is the San Francisco district and the Puerta de Almocávar (Almocavar gate)

The village grew and built houses for the new inhabitants who arrived. This area of Ronda may seem to be the most modern. And in a way it is. But it also has real wonders to visit! 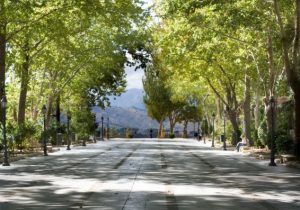 Just past the river, walk along the Paseo de Blas Infante and reach the Alameda. Or try to get in and enjoy its spectacular bullring; one of the oldest in Spain. And the mirador la Sevillana.

You can also enjoy in this area the most beautiful balconies to the Tajo! The famous balcón del coño is located here. Why is it called that? Right next to it is the Paseo de los ingleses.

This is the ideal neighbourhood to go out for a drink. The bar area is in the new part of town, of course! We recommend you the bar Lechuguita: one of the most loved bars by the people of Ronda. It is a very small bar with very cheap tapas. In the past, they say, they only served tomato, cheese and pork. 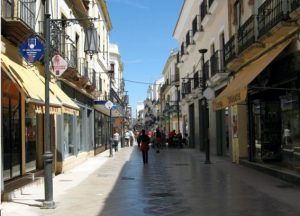 The street of shops is also here.  It’s called Calle Espinel, and it goes down almost to the bullring. In Ronda it is better known as Calle La bola, because when it snowed once, they threw a snowball from the top of the street and it rolled all the way down.

And in the highest part of the town, we find the residential area with neighbourhoods like San Cristóbal or San Rafael. There are only houses here.