What to eat in Andalusia - Oway Tours

The Tower of the Malmuerta 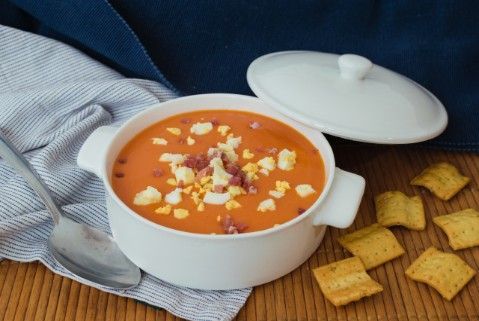 Andalusia is an Autonomous Community of Spain composed of eight provinces, each of which has its own gastronomic specialties. In this article we are going to give you a list of the best typical food per province, so you can always know what to eat in Andalusia in your next visit to this beautiful part of Spain:

The capital of Andalusia has a rich variety of local dishes and tapas, such as espinacas con garbanzos ( spinach and chickpeas), soldaditos de pavía (codfish beignets), cazón en adobo (marinated fried fish) or solomillo al wishky (pork tenderloin in a whiskey sauce). If you’re feeling adventurous, you must also taste the caracoles, snails with a smooth sauce made with different herbs such as thyme, cumin, and sometimes, peppermint. Bear in mind that caracoles season only lasts two months long, May and June.

Granada is the paradise for tapas – lovers, as they are delivered for free with your drink in most places. Some of the most popular are: ‘patatas a lo pobre‘ (potatoes cut into slices roasted with onions and peppers and garlic), habas con  jamón (beans with curated ham), and plato alpujarreño (usually contains potatoes, fried eggs, cured ham, blood sausage, sweet peppers and chorizo). Also unmissable is jamón de Trévelez, ham cured and salted in Trevélez, one of the Alpujarras villages, considered one of the best denominations of the country. If you still have some room for a sweet bite, you have to try the piononos de Santa Fe: delicious sponge cakes with custard cream.

The province of Málaga offers a refined cuisine that you can not miss out on. You should begin with two delicacies from the sea, espetos and fritura malagueña. Espetos are basically sardines, skewered and cooked over a pit of coals by the sea. Season them with sea salt and a bit of lemon. Fritura malagueña includes a wide variety of seafood from this area, such as squid or cuttlefish, but mainly little fish like anchovies, coated in flour and fried in very hot oil. Don’t forget to try the berenjenas con miel de caña (fried aubergines) either, they are deep-fried in batter and then drizzled with honey, really yummy!

The countryside of this beautiful province provides it with ingredients such as asparagus which along with onions, eggs, and jamón, make a delicious dish called revuelto cordobés. Another Cordoban delight is salmorejo, a classic Andalusian summer hit perfect to cope with summer temperatures. It is a cold smooth tomato soup, whose main ingredients are bread, olive oil and tomatoes, all staples in the Andalucian diet. It is usually served garnished with jamón and chopped boiled egg. And speaking of jamón, the acorn-fed ham denomination of origin from the Pedroches Valley, in Cordoba, has some of the best jamones in the whole country.

This province’s gastronomy has similarities with the cuisine of the province of Castilla la Mancha, due to its proximity. Dishes here tend to be stronger and more satiating than in other areas.  For example, carne del monte en adobo, which is basically marinated wild boar or deer meat in wine, brandy, and aromatic herbs for 24 hours and then roasted to perfection. There is a vegetarian with the variety of mushrooms available. Setas de Cardo is the perfect side dish, simply done with mushrooms, olive oil, garlic, and parsley in the oven.

Seafood is indispensable to the coastal Andalusian cuisine in general and to this province in particular. This includes ‘choco frito’ which is fried cuttlefish and the delicacy of ‘mojama’ which is salt-cured tuna. Also unmissable is the jamón de Jabugo, star ham of the peninsula which,  which, together with a country-style bread variety, provides a unique and unmistakable delicious flavor. The wafer-thin slivers of soft, sweet-salty, melt-in-the-mouth air-cured ham from Andalucia’s mountains are a delicacy like no other.

The gastronomy of this province is the result of years and journeys packed with history and spirit combined with products that have allowed locals and visitors to enjoy different tastes from different centuries. Some of the local delicacies include ‘almejas a la marinera’; typical clams made with a wine sauce with garlic and parsley, and ‘tortillitas de Camarones‘, little omelets made of a particular type of shrimp exclusively found in this region (camarón).

This province, whose capital city of the same name has been declared gastronomical capital of Spain during 2019, boasts a wide range of exquisite traditional dishes, such as ‘gazpacho cortijero’, a variant of the traditional gazpacho that is made in all the Andalusian regions. Ground almonds and skinless grapes or pipes are used for its presentation. Another type of soup, this time served hot, is ‘sopa de Almería’, done with Monkfish, accompanied by clams, prawns, peas, red peppers, and carrots.