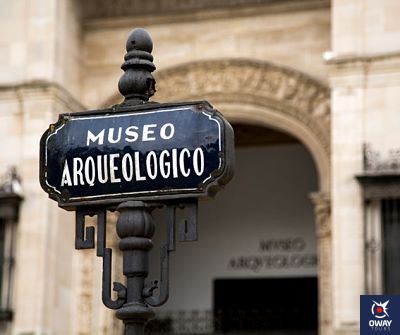 Seville, the capital of Andalusia, has thousands of plans and activities to do and an infinity of monuments with a lot of history that will surprise you.

When you are in Seville, one of the things that you will realize is that the city is full of art, color, and a lot of fun and good atmosphere. You will be able to visit some of the most important monuments or its most mythical neighborhoods and its infinity of museums.

One of the most outstanding museums that you must discover is the famous Archaeological Museum of Seville, which if you are a lover of sculpture and art do not hesitate to visit. The whole city has a wonderful and spectacular atmosphere, and your visit will be very special.

History of the Archaeological Museum of Seville

The interventions of the Board of Museums of Seville were necessary to take charge of the art objects of the suppressed convents and of the Provincial Commission of Monuments. The first collection, which was the founding collection, was made up of the finds found in the excavations of Italica by Francisco de Bruna in the access gallery to the Reales Alcazares.

In 1876 the declaration of the Museum of Antiquities of Seville was made official. This museum was first located in the Alcazar itself, but later the collection was moved to the old Convent of La Merced.

In 1880 the museum was inaugurated with an architectural, sculptural, epigraphic and ceramic series. This museum achieved immediate fame at the beginning, surpassing in number of visits to many national museums.

The Archaeological Museum of Seville has gone through several constructions and headquarters, since one of the concerns was the lack of space at the headquarters and could not perform an adequate exhibition of collections. All the collections were moved once the building was completed.

In the 1970s, the museum was reorganized again, enlarging, and improving the rooms. Today, the museum has 27 rooms, with the addition of the Carambolo Monographic Room on the upper floor, installed in one of the temporary exhibition rooms. 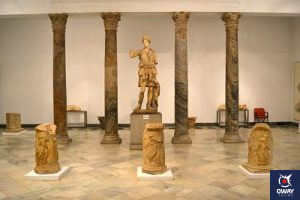 The impressive museum is divided into three floors, which are the first floor, the upper floor, and the basement. Each of these floors is formed by an infinity of rooms, in which each of these rooms deals with different themes.

In the basement, you can visit ten rooms. Their exhibitions are material testimonies of the different societies that occurred in the territory of Seville, throughout Prehistory and Protohistory.

Going up to the intermediate floor, i.e., on the first floor, you will find 18 rooms. These rooms show important periods throughout time, such as the Roman period, the Late Antiquity, and the Middle Ages until the end of the Modern Age.

On the top floor, you can visit the Library, the Temporary Exhibition Hall, the Assembly Hall, and the internal work areas, i.e., management, administration, research, conservation, restoration, and dissemination. 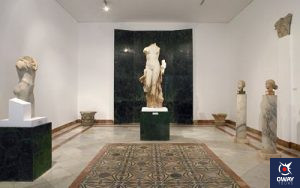 The Archaeological Museum has an infinity of collections, but the most outstanding ones are the prehistoric and protohistoric collections, highlighting the Final Bronze period. Also noteworthy are the Roman collections and the one in the Monographic Room, which is dedicated to the Carambolo Treasure.

Throughout the years the collection has been increasing with archaeological materials that have been collected from excavations carried out with sites in the province. The first collection was integrated by the funds of the disentailment of the nineteenth century and the excavations of Italica. In addition, it joined the municipal collection that was donated by the City Council. This museum today holds more than 60,000 pieces, including objects in property and deposits.

The first pieces that formed the museum’s collection were the busts and medals that were collected by Don Francisco de Bruna. These pieces were accompanied by sculptures of Trajan and Hadrian and also objects that were extracted from the official excavations of Italica.

Some of his collections or objects are being restored or conserved. One of the last pieces to be restored was the Portrait of Sabina, Hadrian’s wife. 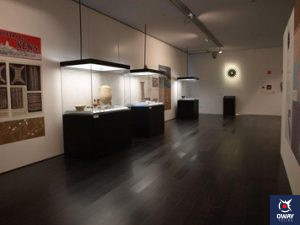 In the Archaeological Museum one of the pieces that stand out most are those from Italica and these take an important place in the museum for their great value, quality and their number.

These pieces began with a collection of funds from the confiscations and excavations of Italica. 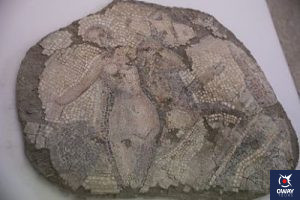 The schedule to access to this museum is diverse. Every Monday this museum is closed, except if it is a holiday eve, which would be open with holiday schedule.

One of the things to note is that this Archaeological Museum is open on all public holidays and even local holidays. Although with the exception that on January 1st and 6th, May 1st and December 24th, 25th and 31st it is closed.

The opening hours of the library are from Monday to Friday from 9:00 to 14:00 and the researchers have the same opening hours as the library. If you are going to access the museum with groups, it is necessary to arrange the visit in advance by email or through a web form. The museum has free luggage storage and wheelchair service for those who need it.

Admission to the Archaeological Museum of Seville is free for all citizens of the European Union. If they come from other countries, they will have to pay 1 ‘5 €. 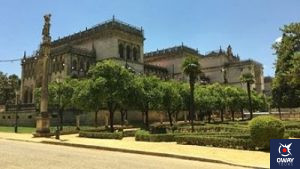 How to get to the Archaeological Museum of Seville

The Archaeological Museum of Seville is in the Plaza de America, in the Renaissance palace building. The building that houses this museum was the former pavilion of Fine Arts of the Iberoamerican Exposition of Seville.

In front of the Archaeological Museum you can find the Museum of Popular Arts and Customs next to the Royal Pavilion inside the famous Maria Luisa Park.

From Seville Santa Justa station, the Archaeological Museum is only 12 minutes away by private transport, accessing from Avenida Menéndez Pelayo. From this station you can also access by public transport with lines “C1” and “C5” with a duration of 21 minutes. The C5 line has no stops from the station to the stop Sevilla-San Bernardo, in which, once arrived at this point, you would have to walk for 15 minutes to reach the museum.

Another option is to walk from the station, which would be 36 minutes on foot. If you decide to walk, one of the good things is that you can stop to rest in the Maria Luisa Park and enjoy its beauty.

Don’t miss our most recommended tours and guided visits!