➤ When is the best time to visit Cádiz? | OwayTours.com

The 7 best beaches in Granada

When is the best time to visit Cádiz? 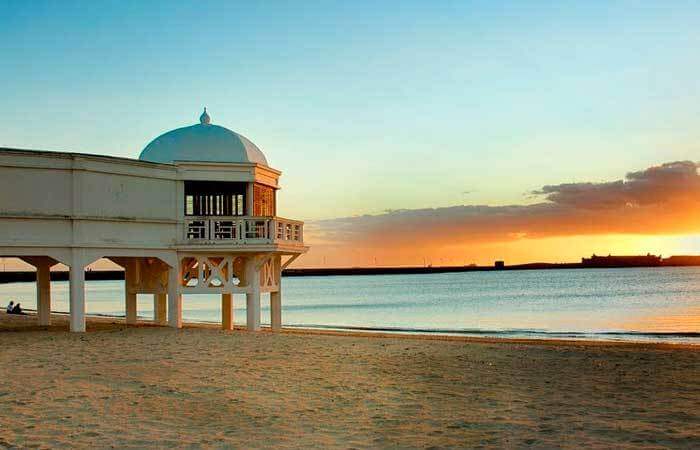 If you are planning your stay in Cádiz and do not know when to schedule the dates do not worry. Here we offer you all the indications so that you can choose the moment that best suits your needs.

Generally, at least in Spain, people travel on vacation, especially in the summer. So from July 1st. to August 31st. is the peak season. That is, the period of the year when tourism is more abundant, the hotels are fuller and consequently more expensive. In Cádiz, the price increase is not insignificant, as the province of Cádiz is the most expensive in Andalusia, the seventh in Spain. During the month of August, getting a hotel room means a budget of more than 100 euros per night. This is not surprising considering that in the summer season the coasts of Cadiz are usually full of people. If your dream is to walk on the beach of La Caleta and take a picture without seeing an umbrella, things are going to be complicated. Moreover, during the last years more and more cruises choose to stop in their ports between July and September, something that rarely happened before. It is worth mentioning that although it is outside the traditional summer season the famous Carnivals of Cadiz, its Holy Week and Christmas are also dates of high tourist concentration.

Curiously, Cadiz, unlike other destinations, does not maintain high prices throughout the year. This means that the difference in fares between seasons is quite significant. The city of Cadiz goes from occupying the first places to descend to the middle of the table. Although it should be added that more and more visitors are being noticed during the low season. It is natural that this change of paradigm occurs as Cadiz is beautiful at any time but it is better enjoyed with fewer people. In addition, the climate in Cádiz is quite stable throughout the year so there are no big changes in the activities you can or cannot do.

Although it may seem strange, the worst time to go to Cádiz is usually in July and August. While temperatures do not reach the extremes of the Andalusian interior they are quite high and can be very overwhelming if you are not used to this climate. Though the biggest danger is the wind, which usually blows from the east. That is why it is also known as the Levante, because it comes out where the sun rises. Being on the beach while you are wrapped in sand is not an entirely pleasant experience. To all this we must add the complications that we have mentioned before because it is high season. In comparison, January and February, even though they are not the best months to visit Cadiz, are much more pleasant. Yes, the winter temperatures are not high but being in the south they are relatively pleasant and at least you get rid of a few inconveniences. The weather doesn’t have to mark everything. Sometimes it’s better to have a less favourable climate but to be able to enjoy the city in a relaxed way.

The best time to visit Cádiz is in the middle of the year, preferably in spring but also in autumn. The temperature is usually around 20°C. It is very likely that there is sunshine and relatively difficult to rain. You may think that it is not time to go to the beach yet but there are those who swim in the Bay of Biscay in winter and that requires much more courage. In other words, you will be very comfortable with the weather but there are also fewer people. In the summer the coasts are visited by tourists, inland Andalusians looking for water and the inhabitants of the area themselves.

Okay, Cadiz is probably never deserted but what you are going to avoid is overcrowding. In relation to this the prices are going to be lower and in general the experience can be better. In these seasons there are also outstanding events such as the Alcances Film Festival during the autumn or the International Puppet Festival in spring. The latter is especially recommended with children as the city is full of street performances.