5 Reasons Why winter Is The Best Weather For Outdoor Activities 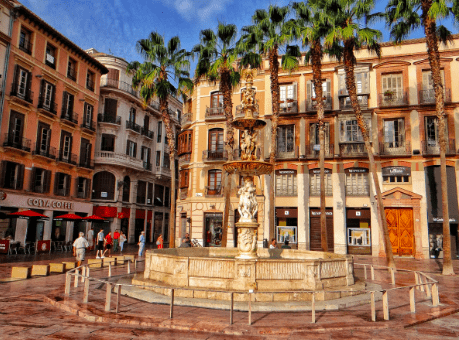 All the cities have their epicenter, at urban and popular level. Knowing these places, it is possible to immerse yourself in the local essence, to find an authentic experience.

Therefore, if you are going to visit Malaga, we recommend not to miss the visit to “Plaza de la Constitución” (Constitution Square), an obligatory stop to start the tour through its magnificent old town. Don’t miss it.

A symbol in Malaga

Constitution Square is a model in the history of Malaga. It has been a social and administrative neuralgic center from the time of the Reconquest. It was known as “Plaza de las Cuatro calles” (Square of the Four Streets) because of the arteries that flow from its center.

For a while it was known as Plaza Mayor, until 1812 when it was renamed “Plaza de la Constitución”, as we know it today.

In this same square, in addition to being a social enclave, has also been an administrative center and has hosted buildings as notable as the City Council of Malaga until 1869, the House of the Corregidor, the prison, the Audience, the convent of the Agustinas, even other points of tourist interest such as the Economic Society of Friends of the Country.

The Genoa Fountain is located on one of the sides. A curiosity considering that in most of the squares the fountain is in the center. They made this decision to not obstruct the festivities.

Here you will find the booths of the Fair of Malaga.

Constitution Square also hosts the tribune of the authorities at Holy Week.

It is one of the recommended places to start a walk through the historic center of Malaga.

The urban and social relevance is remarkable: it has been the epicenter of the city of Malaga since the Islamic period.

As you will see, Constitution Square is an essential stop on your visit to Malaga, from here you can start a tour of the historic quarter, which will take you to unexpected places and moments.

What are you waiting for to explore Malaga?