All the information about Easter Week in Cadiz | OWAY Tours

7 Activities to do with Children in Cadiz 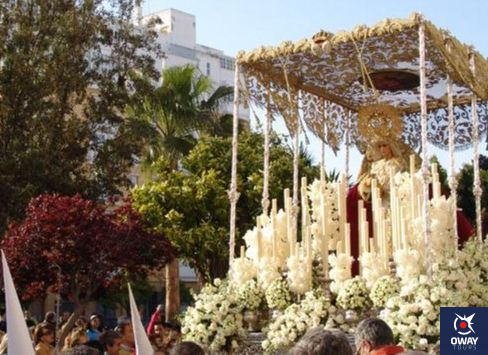 Every year a series of religious festivities are celebrated in Spain, among which we can highlight one of the most typical of the country: Easter week. This takes place in the last week of Lent around the months of March and April. If there is one place where this festivity is experienced and enjoyed like no other, it is Andalusia.

This autonomous community located in the south of the peninsula is formed by eight provinces. Each and every one of them offers a different way of presenting and experiencing this remarkable week. In this article we have chosen the province of Cadiz, known for its beaches and its gastronomy, to show you everything about its centenary Holy Week.

Information about Easter in Cadiz

The Holy Week in Cadiz has a total of 36 brotherhoods and fraternities, institutions that show the image of Jesus Christ and the Virgin, his Passion, death and resurrection, and which go on procession every day accompanied by their devotees. We will now go through each and every one of the brotherhoods that make their way into the streets of the province of Cadiz to show off their imagery:

The protagonist of the first day of this Holy Week in Cadiz is the Third Order of Servitas (1233 -1242), an order that departs from the Parish of St. Lawrence the Deacon and Martyr and whose titular imagery (Nuestra Señora de los Dolores Coronada) is of Genoese origin (18th century).

The Brotherhood of La Paz (1944), also known as La Borriquita, is the first to leave its church and starts this journey from the Church of Nuestra Señora del Carmen Coronada, showing the triumphal entry of Jesus Christ into Jerusalem. Later we can see the Brotherhood of El Despojado (2007) leaving from the Church of Maria Auxiliadora, followed by the departure of La Sagrada Cena (1963) from the Conventual Church of Santo Domingo. The fourth brotherhood to walk on the streets of Cadiz is Las Penas (1955) and begins its journey in the Parish Church of San Lorenzo Diácono y Mártir. The Church of San Agustín is home to the last brotherhood of the day, and the most notable on this Palm Sunday: Humility and Patience (1621), which was the first to include women as Nazarenes. 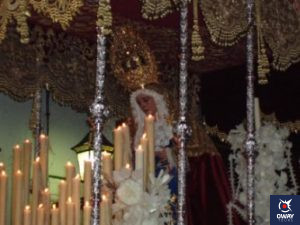 The first of the four brotherhoods that go in procession on this day is El Nazareno del Amor (1951), which leaves the Convent of San Francisco. The next departure is that of the Brotherhood of El Prendimiento (1976) and it makes its processional departure from the Parish Church of Nuestra Señora del Carmen and San Teresa. The penultimate is the Brotherhood and Archconfraternity of La Palma (1938 – 1968), belonging to the well-known La Viña district and leaving from the Parish Church of Nuestra Señora de la Palma. Unfortunately, the exact date of the foundation of the last Brotherhood on Holy Monday is unknown: La Vera Cruz. Despite this, we know that by 1566 it already existed. Nowadays it leaves the Conventual Church of Our Lady of Remedies and its Christ is known as the “Sleeping Emperor”.

The Brotherhood of La Sanidad (1946) has made its departure on different days throughout its history, finally leaving on Holy Tuesday from the Parish of Santa Cruz (the old Cathedral). The second to leave its church is the Brotherhood of La Piedad (1731) from the Church of San Pablo Apóstol. El Caído (1942) departs from the Conventual Church of San Francisco followed by the Archconfraternity of La Columna, whose image of its mystery passage is known as the “Aguaor”, and walks on the streets of Cadiz from the Parish of San Antonio. To finish the day, the Archconfraternity Ecce Homo of Cadiz (see image) founded around 1665 by a group of slaves and freedmen of various origins leaves the Church of the Conversion of San Pablo. 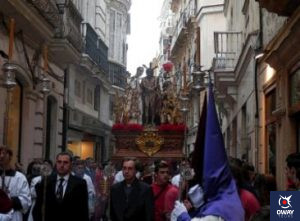 The first brotherhood of the day that you will see in the streets of Cadiz, which leaves from the Church of Santa Cruz, is Las Aguas (1944). Its main imagery are reproductions of images already carved in the 18th century. Next, the Brotherhood of La Sentencia (1939) leaves from the Parish of Nuestra Señora de la Merced and its Christ is possibly the oldest in the city (16th century). The next brotherhood, leaving from Santo Domingo Church and named Cigarreras (1624-1652), is the fourth to depart.

It is estimated that its foundation took place during the end of the 18th century but it was not until 1912 that it walked on the streets for the first time during Cadiz’s Holy Week. The last brotherhood to do its departure is El Caminito (1732, refounded in 1935) which comes out from the Caminito Chapel and is better known as “Angustias” because of its main image, which shows the Virgin carrying the deceased Jesus in her arms.

At the head of this Maundy Thursday, the Brotherhood of Los Afligidos (1726) goes on procession this day from the Parish of San Lorenzo Diácono y Mártir with a single scene since 1937, on which you can see up to 5 biblical images. Afterwards, since 1983, the Oración en el Huerto (1956) takes place through a chapel attached to the Parish of San Severiano, as it unfortunately exceeds the size of the main door of the parish. In the nucleus of this Holy Thursday you will be able to see the “Señor de Cádiz” leaving his chapel in the Conventual Church of Santa María from the hands of the Brotherhood of El Nazareno (1590 -1594).

This is undoubtedly one of the essential stations of penitence that you should witness during the Holy Week in Cadiz, as a large number of devotees march in the footsteps of its main imagery (Jesus Nazareno) throughout its journey. The last brotherhood to leave, this one from the Parish of Santa Cruz, is Medinaceli (1938) and its Christ passage, unlike most, is silver plated. 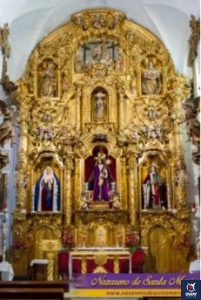 Currently, the Brotherhood of El Perdón (1935) is the only one to hold its penitential station in “La Madrugá” (early morning) of Cádiz, although previously up to 4 brotherhoods were in procession. One year after its foundation the image was destroyed due to a fire, so it had to be rebuilt later. This brotherhood ends its journey late on Good Friday morning at the same place where it departs: the Parish of Santa Cruz.

La Sed (1944), also called Siete Palabras (Seven Words), departs from the Parish of Nuestra Señora de la Merced. Later, the Brotherhood of La Expiración (1944) leaves from the Parish and Military Church of Santo Ángel Custodio, at the foot of the Gran Teatro Falla where the famous competition of Carnival of the city takes place. The Brotherhood of El Descendimiento (1666) then walks on the streets of Cadiz from the Parish Church of San Lorenzo Diácono y Mártir. At the end of the day, Good Friday’s protagonist makes its departure from the Parish of San Agustín. Created around 1648, the image of the Holy Christ of the Good Death is accompanied by the characteristic silence of its Penitence Station, which accompanies it from its departure until its return to the Parish. 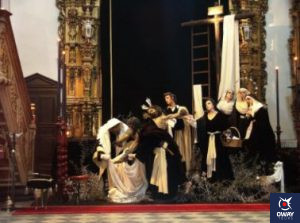 Since 2010, the Brotherhood of La Soledad (1592) has been presented as the protagonist of Holy Saturday. It departs from the Parish of Santa Cruz and is also known as the “Santo Entierro” (Holy Burial). The image of La Señora de la Soledad is another one of those dated in the 18th century, although after several restorations it has lost much of its initial features. Apart from this, only the Congregation Mariana Ecce Mater Tua (1953) carries out the Station of Penitence, leaving in the early hours of Holy Saturday from the Church of Santiago Apóstol.

The Archconfraternity of The Resurrected (1662) makes the last departure from Cadiz’s Holy Week on the afternoon of Easter Sunday. This single step shows the resurrected Jesus Christ, carving restored for the last time to date in 2012. It leaves from the Parish of San Antonio. 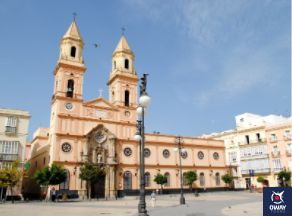