The most famous streets of Cadiz

Most famous streets in Granada 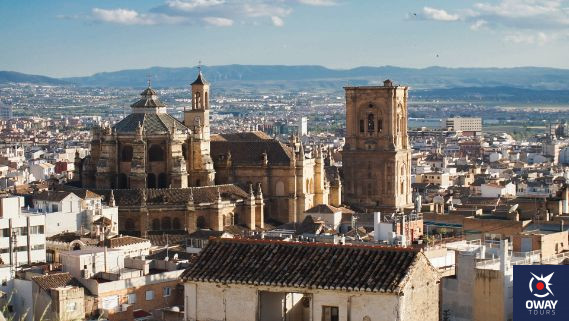 Granada is a city that offers a cultural richness to enjoy by simply walking through its streets. Some of them are popular for the people of Granada. Keep on reading if you want to discover some of the most famous and beautiful streets of Granada.

It is impossible to start a post about the charm of the streets of Granada without mentioning Calderería Street. Better known as the street of the teas, you can’t say that you’ve walked around Granada without having a good time in this area. The environment it offers allows us to transport ourselves back in time to Al-Andalus. Tea shops, small tea stands with the smell of leather, spices, people who know the Arabic language and can make personalized souvenirs with your name in Arabic, henna tattoos. An endless number of opportunities to transport you to Andalusian Granada and its thousand wonders. 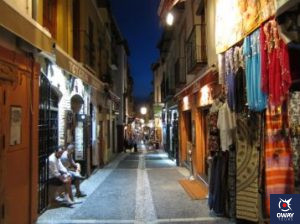 On the sidewalk of the Darro

This street is considered by many people to be one of the most charming streets in Granada. And it is true that the walk along it is a wonderful experience to live. The water that runs along this street comes from the Darro River, which also gives its name to the street itself. But its beauty does not end here. There are also the bridges that communicate with a part of the Alhambra, besides the Torre de la Vela. Without a doubt you cannot leave Granada without walking down this street. 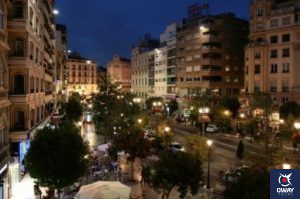 This street has a very curious name and history can explain its meaning. This walk is known as the “Paseo de los Tristes”, since in the past this area was used for funeral processions. They started at the beginning of the street and ended at the cemetery itself. That’s why it’s called “Paseo de los Tristes”. But it only takes one visit to this street to realize that nothing “sad” remains today. Walking through this place, with the beauty of the Alhambra in the background and the trees offering a natural and well-cared environment, will show you the wonderful way of life of Granada and how lucky Andalusia is to have Granada as one of its 7 jewels. 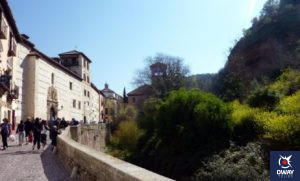 This walk offers us a natural landscape that will captivate you with its tranquillity and harmony. On the sides of the road there are water channels that give life to the walk. In addition, the tops of the trees on this path meet the most outstanding tops of the towers of the Alhambra. Without a doubt it offers a magical place to walk around before being able to tell that you were in Granada. 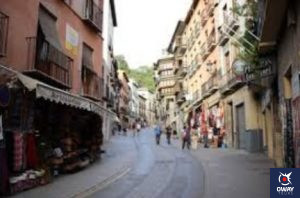 The Albaicin is one of the best known destinations for tourists visiting Granada. And it is easy to understand why. The views of this picturesque place leave the mouth open for anyone who wants to enjoy the spectacular Alhambra and its surroundings. The Mirador de San Nicolas offers the most beautiful picture of the place which, in the end, will become the beautiful memories to share.

As if that were not enough, the Albaicin quarter has a beauty inside that must be enjoyed. And here it would be uncertain to say some of the most beautiful streets, since the charm of the Albaicin resides in every alley, every viewpoint, every square, etc. It is one of the visits that takes more time, but even those who have already visited this wonder, again find nuances where to return to enjoy as for the first time. 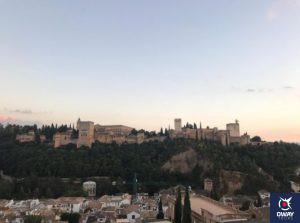 To visit the Sacromonte neighbourhood is to visit the birthplace of some of Granada’s flamenco artists, such as María la Canastera or Los Maya. With the Alhambra as a backdrop, walking along this long road introduce you step by step into the history of Granada and its cultural heritage.

Today some gypsy families offer flamenco shows to the public to demonstrate the art that lives in this quarter. The charm of its people, the art that comes out of the streets where you can hear the flamenco in the background, and the landscape it offers make it a must-see destination to visit in order to say that you’ve been to Granada. 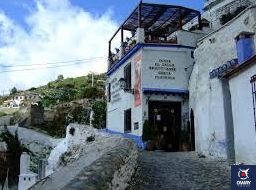 Its name is due to the fact that it was formerly considered one of the main streets of the Alhambra’s citadel. For many, the Alhambra is known as a wonderful monument of the city of Granada, although it deserves the cultural richness that the word monument implies. The Alhambra was considered a citadel, which was a fortified city located in an advantageous position for attack or defense.

And it is in the Alhambra that one finds the marvellous Patio de los Leones, but also gardens, the church of Santa Maria de la Alhambra, the museum of Angel Barrio, the Parador of Granada… In short, a street that all tourists enjoy due to its cultural richness. Without a doubt, walking down this street makes you a lucky person who walks through the old Alhambra. 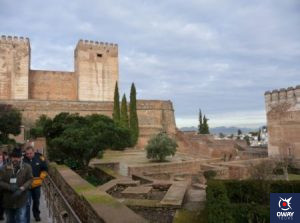 At this point, you will not believe us if we say that Oficios Street is just another street that offers a special charm. But it is not the only one to highlight. This street gives you the opportunity to travel through another part of Granada’s history a little closer to our times. The Catholic Kings are buried in the cathedral. And to its left, is the Madraza Palace, where one of the oldest Spanish universities was located. 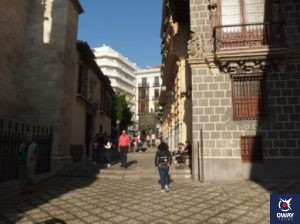 Do not miss any detail of the history that Granada hides among its streets and let us and our historian guides open you up to the charm that this beautiful Andalusian city offers together with our guided tours in Granada.